This past month’s lefty programming called the president a “moron,” an “asshole,” a “thug,” and insisted that his whole administration is a “disgrace,” especially when compared to the sterling example of Barack Obama. Trump was threatened by late-night talk show guests who warned that he should be “very afraid,” and was blamed as the inspiration behind demented “Son of Sam killers.” Conservative Ben Carson was also bashed as “not on the list” of Black History Month honorees, and a lefty sitcom “suggested” that “communism” might be good for the red state of Texas.

Here are the worst from February:

Singer/songwriter John Legend (who’s married to left wing Trump hater Chrissy Teigen) appeared on Comedy Central’s The Daily Show with Trevor Noah to bash the president in the safest progressive environment on the planet. Clearly both Noah and the audience were looking for some key lewd buzzwords from the musician, as they clapped and laughed like seals when he claimed “we have a complete moron and asshole in the White House right now.” Wow, such a brave opinion, and on such a serious platform no less.

Seth Meyers let anti-Trump threats go unchecked during his CBS late-night broadcast with liberal guest, MSNBC pundit Donny Deutsch. Annoyed by Trump’s birther comments about former president Barack Obama, Deutsch went into a nasty diatribe against our current “racist” president. After musing that the president deserves to be “taken apart” for what he’s done — “they will take his buildings away, there will be nothing left,” Deutsch looked straight into the camera and threatened the president: “You should be very afraid, President Trump.”

Bill Maher’s February saw him repeatedly and absolutely unhinged, but what else is new? Surrounding himself with a collection of liberal kiss-ups, (Donna Brazile was there, as was French intellectual Bernard-Henri Levy saying something sappy about “words” being “bullets,” or “bombs”), Maher insisted that Trump is a president who inspires political violence. Maher described Trump as being the “dog whistle” for right wing “Son of Sam killers,” like Cesar Sayoc or Christopher Paul Hasson, the Coast Guard lieutenant behind a recent plot to maim liberal politicians.

Maher joked that Hasson was only a mere “moderate among Republicans.”

Woke African-American sitcom Black-ish took aim at Dr. Ben Carson, the black, conservative Secretary of Housing and Urban Development, with the show’s main character Dre demanding that his family not recognize Carson during Black History Month. Dre’s father pointed out that Carson should be honored in February for being the first man to perform brain surgery on a baby in the womb, as that feat definitely outweighs their political differences. However Dre grows impatient. Seeing his sons taken with the notion, he practically yells “Boys, we are not putting Ben Carson on that list!” 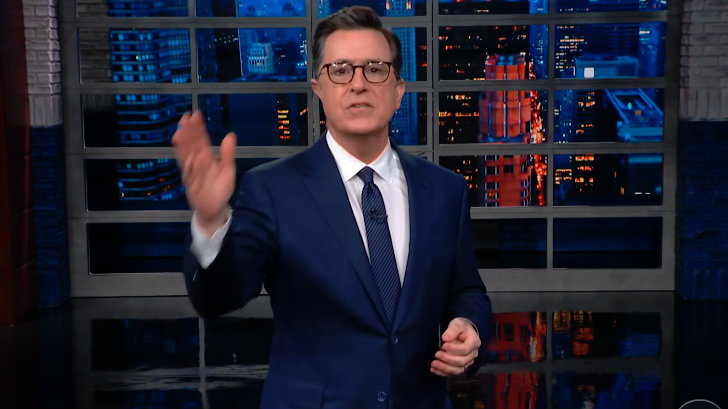 A February episode of The Late Show with Stephen Colbert turned a beloved children’s character into a socialist prop. Colbert’s opening segment took a spin on Kermit the Frog’s legendary musical performance of “It’s Not Easy Being Green,” with a new version called, “It’s Not Easy Being The Green New Deal.” The song features the legendary puppet defending Congresswoman Ocasio-Cortez’s wingnut, multi-trillion dollar, socialist pipe dream. He sings, “The Green Deal is a good idea.”

The presentation also attempted to insult conservatives and blast both president Donald Trump and conservative commentator Dan Bongino for their loony fixation on that “weird cow part” of the bill. Yet conservatives know both men were just having a laugh at just how insane the bill already is. It’s a nice attempt at deflection though.

Methodology: MRC Culture compiled a list of anti-conservative/anti-Trump television programs during the month of February via MRCC's ongoing TV blog, and other notably biased clips from the month found online, including late night talk shows, network sitcoms, and shows from popular streaming services.