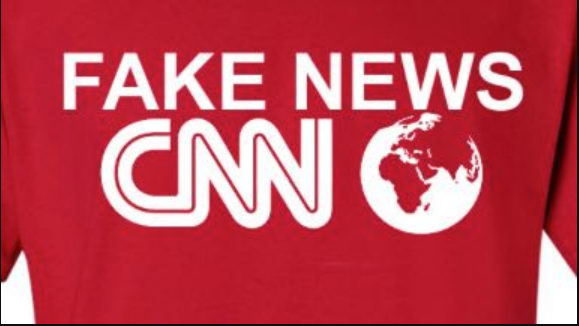 When President Trump announced them in early January, many in the liberal media thought that the Fake News Awards were a bluff and he wouldn’t go through with them. But having been previously postponed, Trump unveiled the “winners” Wednesday night. Out of the top 10 instances of fake news, CNN was sloppy enough to win four awards with the top spot going to The New York Times. The awards twice noted a Media Research Center study that showed 90 percent of the media’s coverage of him was negative.

According to the President, The New York Times columnist and soothsayer economist Paul Krugman produced the number one fake news story on election night when he feverishly proclaimed: “If the question is when markets will recover, a first-pass answer is never." Looking back at this prediction on the day the stock market closed over 26,000 for the first time ever and Apple announced major investments in the U.S. due to the GOP tax cuts it’s easy to see Krugman’s ridiculousness.

Number two was ABC’s credibility shattering report by investigative correspondent Brian Ross, who excitedly yet falsely claimed that former National Security Adviser Michael Flynn agreed to testify that candidate Trump directed him to contact the Russians. ABC President James Goldston was so furious that he suspended Ross for a month (over the holidays) and barred him from ever again reporting on Trump.

CNN’s first win showed up at number three. In this case, CNN's Manu Raju shouted from the hilltops that Donald Trump Jr. was in possession of the hacked WikiLeaks e-mails long before they were released to the public. It didn’t take long for The Washington Post (and others) to blow the doors off the story and prove CNN was being anything but truthful. In the end, Raju and colleague Jeremy Herb kept their positions.

Time magazine came in at number four with their lie about Trump having Martin Luther King Jr.’s bust removed from the Oval Office. This wild claim came just two days into Trump’s presidency. Therefore, the media were so eager to smear him that many journalists didn’t search for the truth before they ran with it.

To round out the top five, Trump selected Washington Post reporter Dave Weigel who tweeted out a deceptive picture of a Trump rally in Pensacola, Florida. He claimed very few people showed up to see the President speak but the picture was from hours before the place ended up packed.

CNN won back-to-back awards as they took spots six and seven. First, CNN pushed a deceptively edited video that purported to show Trump crassly dumping fish food into a koi pound on his visit to Japan. Of course, they didn’t show that Prime Minister Shinzo Abe was the first to dump the food. Then the outlet claimed former Press Secretary Anthony Scaramucci had a secret meeting with a Russian, heads rolled as three CNN reporters were fired for this offense.

The eighth award went to the radical Newsweek, who fabricated an international handshake snub out of thin air. The even ran this loud headline: “WATCH DONALD TRUMP HANDSHAKE REJECTED BY POLISH FIRST LADY IN HILARIOUSLY AWKWARD EXCHANGE.”

CNN’s fourth award came at spot nine when their anonymous sources falsely claimed that former FBI Director James Comey would “refute” Trump’s claim that he was told three times he wasn’t under investigation. And when they were proven wrong, CNN issued a pathetic “correction” (with the story's byline featuring chief political analyst Gloria Borger and The Lead host Jake Tapper).

The New York Times bookended the top ten with a false claim that the Trump administration was trying to hide a climate change report. The paper claimed the document was leaked to them by people who were afraid it would be “suppressed,” but in reality, it had been online for months.

Along with a Trump tweet about the Russia investigation, the awards concluded by listing ten accomplishments that weren’t getting enough airtime.