2017: The Year the News Media Went to War Against a President 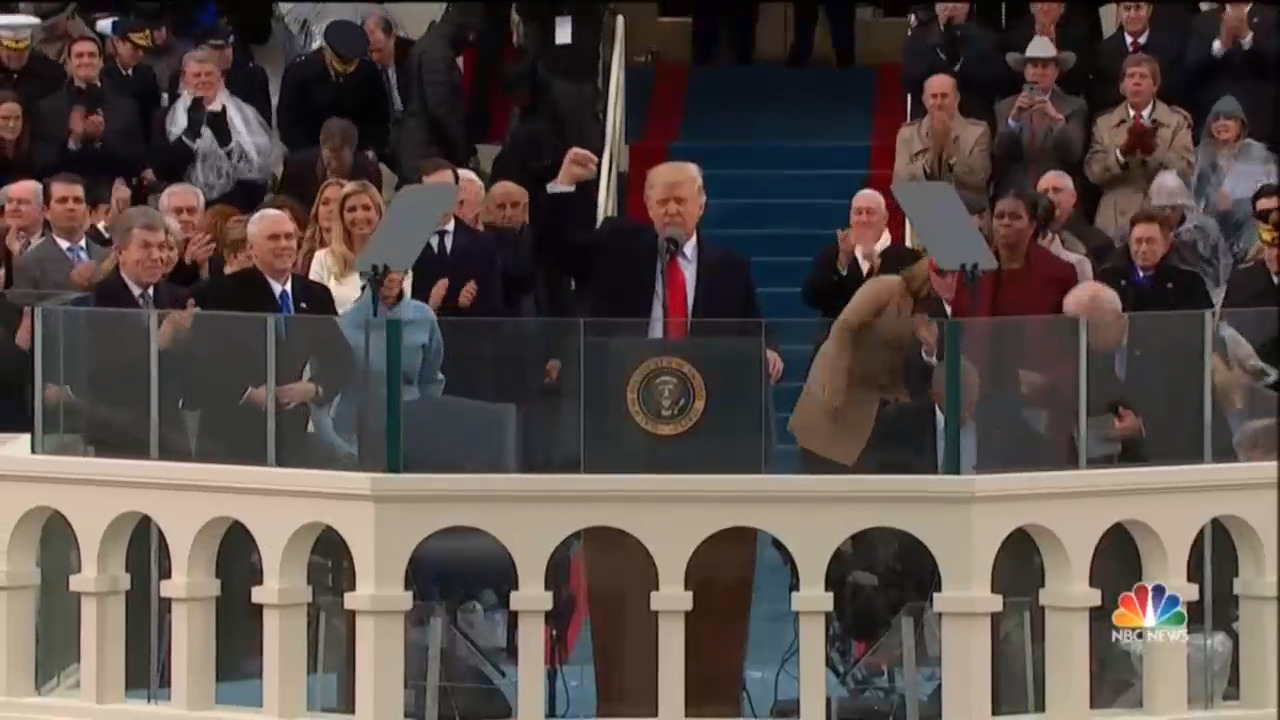 The first year of the Trump administration was as turbulent for the news media as it was for politics, with many journalists dropping any pretense of professionalism to become strident opponents of the President. As a proxy for the larger establishment media, the Media Research Center analyzed every moment of coverage of President Trump last year on the ABC, CBS and NBC evening newscasts, usually seen by more than 25 million people each night. The major findings:

■ The Trump presidency was the biggest story of the year, accounting for one out of every three minutes of evening news airtime — nearly 100 hours in total.

■ The tone of coverage has been incessantly hostile, especially for a new President in his honeymoon year: 90% negative, vs. just 10% positive (These percentages do not include neutral statements).

■ More than two-fifths of evening news coverage of the President (43%) focused on controversies, not policies, with the Russia investigation alone accounting for one-fifth of all Trump coverage (1,234 minutes).

■ Despite their massive coverage of Russia, the networks had almost no airtime for questions about how the investigation began, or whether special counsel Robert Mueller’s current investigation is biased.

Now the details of our year-long study:

■ The Trump Presidency Was by Far the Biggest Story of 2017: From Inauguration Day (January 20) through the end of 2017 (December 31), the three evening newscasts aired 3,430 stories that talked about either President Trump or his administration, totaling 99 hours, 3 minutes of airtime. This amounts to approximately 34 percent of all evening news airtime (excluding commercials), meaning that one out of every three minutes of broadcast evening news coverage was devoted to the Trump story last year.

In contrast, MRC analysis of these same newscasts in 2015 and 2016 found that airtime devoted to President Obama and his administration amounted to approximately ten percent of overall evening news coverage in those years, or less than one-third the level of Trump’s coverage.

■ Coverage of Trump Has Been Incessantly Negative: Reviewing all of this coverage, our analysts catalogued 5,883 evaluative statements about the President or his administration from either reporters, anchors or non-partisan sources such as experts or voters. Only about 10 percent of those comments (617) were positive, compared with 5,266 (90%) which were negative — an unparalleled level of media hostility for a President in his first year in office. 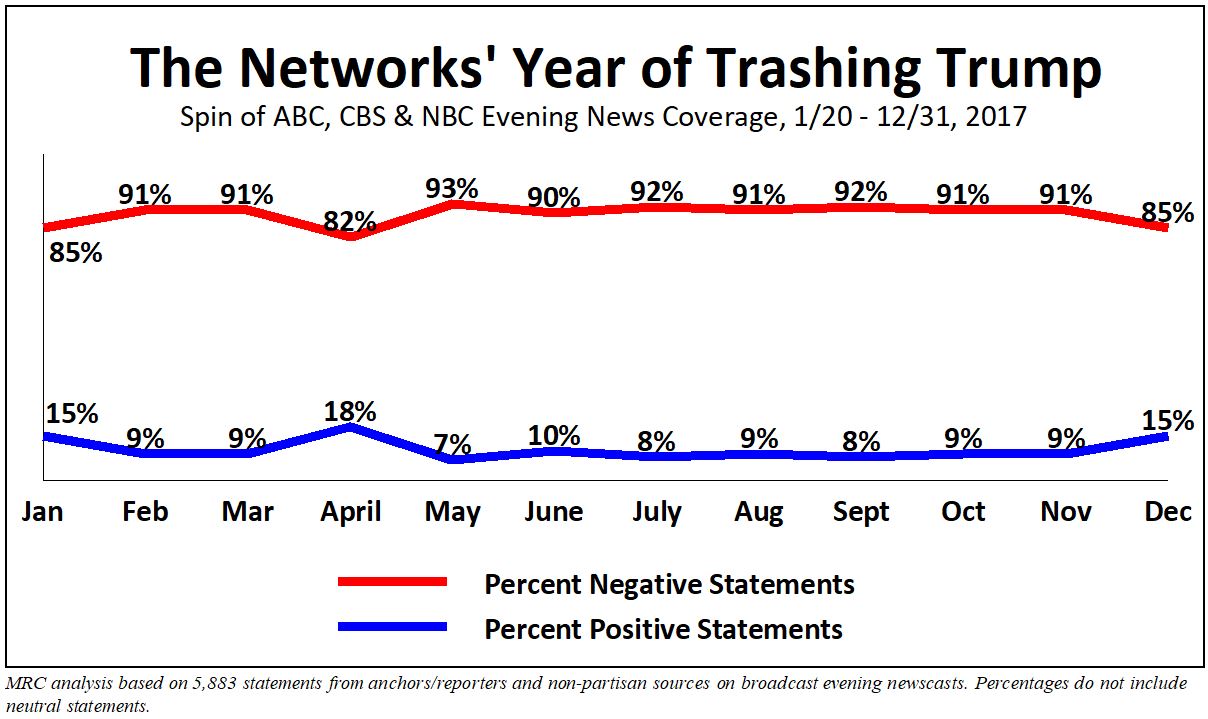 There were only three months in 2017 when Trump’s level of good press rose above 10 percent on the evening news: January, when TV coverage of his inauguration included a few stories about the positive reaction among Trump voters; April, when the network coverage mentioned supportive reaction to the cruise missile strikes against Syria; and in December, when Congress finally passed a major tax reform package, a Trump legislative success. Even in those months, however, the balance of TV’s coverage of Trump was still hugely negative — 85 percent negative in January, 82 percent in April, and 85 percent in December.

The media’s negative approach has been essentially consistent regardless of which issues or controversies were prevalent in the news. For example, network TV coverage was no more hostile in August (91% negative), when Trump came under intense criticism for his reaction to the violence in Charlottesville, Virginia, related to a white supremacist march, than it was in most other months.

Rather, the evening newscasts have provided extremely heavy coverage of some stories (Russia, the travel ban, and myriad personal controversies) where they evidently believed heavy criticism is justified, while they barely mention other topics where the administration has a positive story to tell. (Tomorrow, we will report on six of Trump’s accomplishments that were essentially ignored by the networks. UPDATE: Now posted.)

■ A Huge Percentage of Network News Coverage Focused on Controversies, Not Policy: More than two-fifths of evening news coverage of the Trump administration (43%, or 42 hours, 37 minutes) centered on various controversies associated with the President and his top aides. The Russia investigation was the networks’ favorite topic, with an astonishing 20 hours, 34 minutes of coverage, or more than one-fifth of all Trump coverage last year.

Discussion of all public policy issues combined amounted to 46 hours, 58 minutes of coverage, or roughly 47 percent of all Trump coverage. The five most-frequently covered policy issues: the effort to repeal and replace ObamaCare (475 minutes); the nuclear showdown with North Korea (364 minutes); immigration policy, including ramped-up deportations and a potential border wall (258 minutes); the temporary travel ban and the ensuing court fight (251 minutes); and the ultimately successful push for comprehensive tax reform (222 minutes).

Besides Russia, the networks spent more than 100 minutes on two other controversies: the President’s reaction to the white supremacist violence in Charlottesville, and the furor over his allegation in a tweet that President Obama had wiretapped Trump Tower. No other controversy achieved that much airtime; our analysts found that the networks typically obsessed about one controversy at a time, and then dropped it when a new one became available.

And, for those who might wonder, the remaining airtime not spent discussing controversies or policy issues (about 9 hours, 17 minutes) consisted of other administration news (various nominations and appointments, presidential travel, ceremonial functions, etc.).

■ Lots of “Collusion” Coverage, Little Scrutiny of Mueller: Throughout 2017 — even before the appointment of Robert Mueller as special counsel — the networks were obsessed with the investigation into whether the Trump campaign colluded with Russia’s efforts to affect the 2016 presidential election. As noted above, one-fifth of all Trump coverage on the evening newscasts last year was about the Russia probe, making it more prominent than the effort to repeal ObamaCare, tax reform, immigration, or any of the other Trump controversies that TV found so worthy of coverage.

Yet very little of the airtime devoted to the Russia investigation was spent looking into how the inquiry into Team Trump first began, or whether Mueller’s current investigation is biased. Suggestions that Obama administration officials had improperly “unmasked” Trump officials caught up in foreign surveillance garnered just 20 minutes of evening news coverage, or less than two percent of the Russia total. Evening news coverage of the uncorroborated anti-Trump dossier, which we eventually learned was financed by the Clinton campaign’s lawyer, amounted to a mere 15 minutes of airtime. 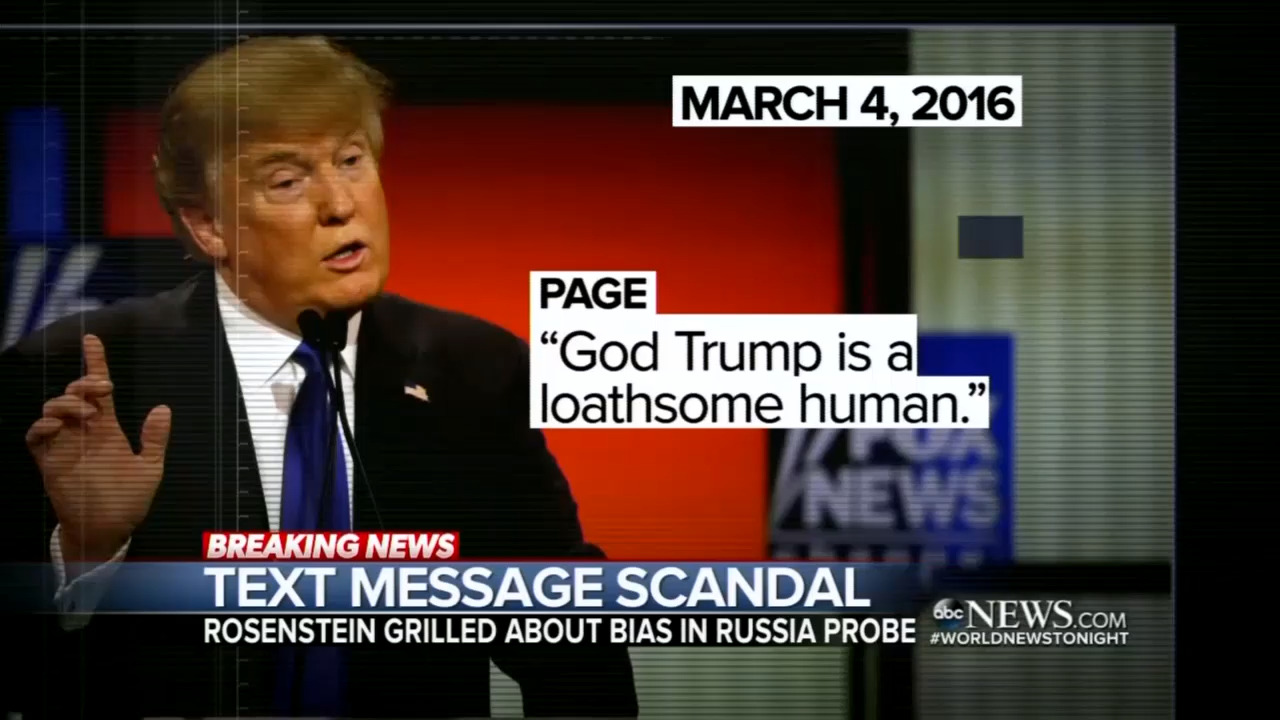 While the media subjected Clinton-era independent counsel Ken Starr to harsh scrutiny, any doubts raised about Mueller and his team have been given little airtime. The three evening newscasts spent a combined 11 minutes (less than 1% of their Russia coverage) on the biased anti-Trump text messages exchanged between an FBI agent and an FBI lawyer, both of whom had worked on the investigation. Criticism that the Mueller team had improperly obtained e-mails written by Trump officials during the transition period was given barely five minutes of airtime, (or less than 0.5% of the total Russia coverage).

The media reaction to Trump’s first year has been so extreme, the public itself has become polarized over the coverage. In September, Gallup discovered that record numbers of Democrats are reporting “trust and confidence in the mass media to report the news ‘fully, accurately and fairly,’” with 72 percent of Democrats saying they trusted the press in 2017, compared to just 51 percent who said that a year ago.

A month later, a Politico/Morning Consult poll found that “more than three-quarters of Republican voters, 76 percent, think the news media invent stories about Trump and his administration.” That number swells to 85 percent when just Trump supporters are asked the question.

What seems to be happening is that many in the media, including the broadcast networks, have chosen to morph into anti-Trump activists. As a result, they provide massive attention to stories that they think make him look bad, give little airtime to more positive aspects of his administration, and punish him with massively negative spin.

The polls suggest anti-Trump Democrats love that kind of news, pro-Trump Republicans hate it — while the national media are cementing their reputation as biased partisans. Their hostility against the White House is now so obvious, nobody could possibly take them seriously if they ever again claim to be fair and non-partisan professionals.