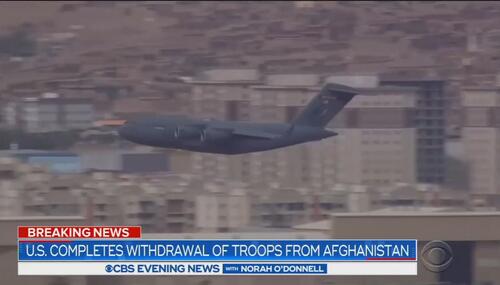 With the final military planes off the tarmac and out of Afghan airspace, the Biden administration was desperate to try to paint their deadly disaster as some sort of success. Each of the press secretaries and top officials at the White House, State Department, and Pentagon parroted the same talking point that it was the largest airlift in U.S. history. But CBS News popped their bubble Monday…