Craig Bannister is the Communications/Media Director for CNSNews.com.

Fans of Mark Levin can vote twice for his induction into radio’s hall of fame – but, they have to do it before midnight tonight, Monday, June 18, 2018.

"Be gone, Brian Williams, from our TV screens," Major Gen. Paul E. Vallely, US Army (ret), told our sister site MRCTV in an exclusive interview regarding NBC’s Brian Williams scandal, in which the news anchor admitted to having fabricated his oft-repeated claim of having been in a U.S. military plane that was shot down.

Does New York Times columnist Al Hunt actually have the psychic ability to tell what Rep. Steve King REALLY meant by a comment the congressman made on immigration? Rep. King doesn't think so. And, if you watch this video, you won't either.

On Feb. 24, 2013, Al Hunt wrote a New York Times column entitled, "A Struggle for Control of the Republican Party" in which he accused King of being well-known for making anti-immigrant rants, citing comments King made last year referring to bird dogs.

Sen. James Inhofe (R-Okla.) took to the Senate floor today to draw attention to a video of a top EPA official saying the EPA’s “philosophy” is to “crucify” and “make examples” of oil and gas companies - just as the Romans crucified random citizens in areas they conquered to ensure obedience.

Inhofe quoted a little-watched video from 2010 of Environmental Protection Agency (EPA) official, Region VI Administrator Al Armendariz, admitting that EPA’s “general philosophy” is to “crucify” and “make examples” of oil and gas companies. Watch the video below. For the full story, read my post at CNSNews.com.

The number of embedded reporters in Iraq has plummeted 74 percent over the past nine months, from 219 in September 2007 to a low of 58 in June, as U.S. troop casualties have plunged, according to Department Of Defense data analysis by CNSNews.com Staff Writer Kevin Mooney. U.S. casualties were down 84 percent in May and 75 percent in June from year-ago numbers, for example. 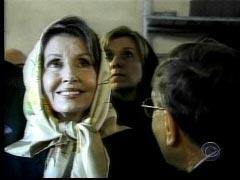 When the left-wing media wants something, the Constitution apparently becomes irrelevant. Take the latest attempt by Congress to give congressional representation to the District of Columbia, which fell three votes short of moving to a full Senate vote Tuesday.

Check the establishment media, and you'll have no trouble finding stories decrying the plight of the taxed, but unrepresented, citizens of the District and touting the importance of giving these poor (mostly Democratic) souls representation. Finding stories raising the question of whether or not it's constitutional to do so is another matter.

So, 10 of the 11 New Jersey officials arrested last week on bribery and corruption charges were Democrats? Where's the establishment media outcry about a Democratic "culture of corruption" in the state?

A criminal probe targeting elected officials operating at most levels of government in New Jersey resulted in the arrest of 11 public officials and one private citizen last week. All 12 suspects have been charged with taking cash payments in exchange for influencing the distribution of public contracts, according to the criminal complaints. As part of the investigation, the FBI created an undercover insurance brokerage firm to offer bribes through undercover agents. The suspects are accused of accepting payments ranging from $3,500 to $32,000.

Although the scandal has been widely reported, a Nexis search indicates the establishment media have been unwilling to link the alleged criminal infractions with the Democratic Party. A Nexis search by CNSNews.com shows more than 30 media citations using innocuous phrases such as "public officials" instead of "Democratic Party officials" or a similar label.

Fox News is using its mighty power to bully the mainstream media into promoting yet another war, left-wing activist/filmmaker Robert Greenwald and Sen. Bernie Sanders (I-Vt.) are warning. Claiming that "Fox wants war with Iran," Greenwald is urging other news networks -- ABC, CBS, NBC, MSNBC, and CNN -- "not to follow Fox down the road to war again."

Greenwald and Sen. Sanders (I-Vt.) are touting a new viral ad campaign for the filmmaker's anti-Fox video "exposing" what Fox News supposedly is doing. According to Greenwald, Fox News engaged in "daily fear-mongering" in the days leading up to the war with Iraq, serving as a media cheerleader for the U.S.-led war.

Huh? What? I like to think I can wield the mighty power of semantics with the best of them - but, huh? What? I thought the "illegal" in illegal alien spoke for itself. Apparently not.

Starbucks shops across the U.S.

Consumers Not Buying Gore's '10 Myths' on Environment, But Media Keeps Selling Them, Anyway

So, a new survey shows that only 22% of consumers think they can make a difference regarding the environment – and that they’re far more knowledgeable on the subject than typically thought. You'd think that'd be news, given the way the mainstream media seems to love proclaiming man's suicidal assault on Mother Earth. Apparently not, if you trust Lexis or Google News to track media coverage.

The Young America's Foundation (YAF) is being threatened with legal action for including Robert Spencer, the author of several books on terrorism and Islam, in its line-up of speakers this week in Washington, D.C.

By Craig Bannister | October 10, 2006 11:29 AM EDT
Everybody's got an opinion about what should've been done, and what needs to be done, about North Korea's nuclear weapons tests - especially, newspapers. An article by Susan Jones of CNSNews.com recaps how papers are blaming Bush and China, and providing foreign affairs advice about how to defuse the situation.

The establishment news media places too much emphasis on the negative events happening in Iraq, so Defense Department employees need to side-step the media and get a positive message out to the American people, said Gen. Peter Pace, chairman of the Joint Chiefs of Staff.

The New York Times and Washington Post are now attacking provisions of a defense appropriations bill that would ensure that military chaplains can pray in accordance with their own personal beliefs (i.e., pray in the name of Jesus). A Times editorial calls the bill “an attempt to license zealot chaplains to violate policies of religious tolerance.”

The Center for Immigration Studies (CIS) has released its list of media and elected “elitists” who are doing the most to prevent passage of meaningful immigration reform. This “motley crew” of media organizations that promote “unfettered immigration” and are completely out of touch with public opinion include (who else?) the New York Times and the Post…and, even the Wall Street Journal.

To hear the establishment media tell it, the American public is unanimously against troops being in and the war against terror. We hear about every ragtag, fly-by-night anti-war group’s activities, no matter how small the turnout or ineffectual the impact.