Entertainment TV is far worse than news when it comes to progressive bias and hatred for conservative people and views. A cross section of nightly programming on major networks, cable TV or popular streaming services is loaded with anti-conservative, anti-Trump propaganda. January features at least 33 separate entertainment programs that attack conservative values and/or President Donald Trump while promoting a hardcore progressive agenda.

Here are the worst from January:

The January 24 episode of Comedy Central’s Broad City involves the show’s main protagonists melting down in a disgusting and degrading tantrum in front of NY’s Trump Tower. During the scene Ilana Glazer stands in front of the doors next to some unassuming bystanders and begins yelling, “Suck it!” and “Fuck You!” as if she was possessed.

She gestures violently with both middle fingers, and yells to Trump, “Everybody’s laughing at you, fucking clown!” Broad City’s other star Abbi Johnson gets in frame and then tosses up her own set of middle fingers, which the ladies have edited in post to be shooting lightning bolts. Vulgarity is power.

Another really nasty one involves a character from Episode 9 of the last season of The Unbreakable Kimmy Schmidt having sex with Donald Trump in a dirty commercial airliner bathroom. Jacqueline (Jane Krakowski) has to be talked into the deed by Kimmy Schmidt (Ellie Kemper) because obviously it’s disgusting and beneath her. 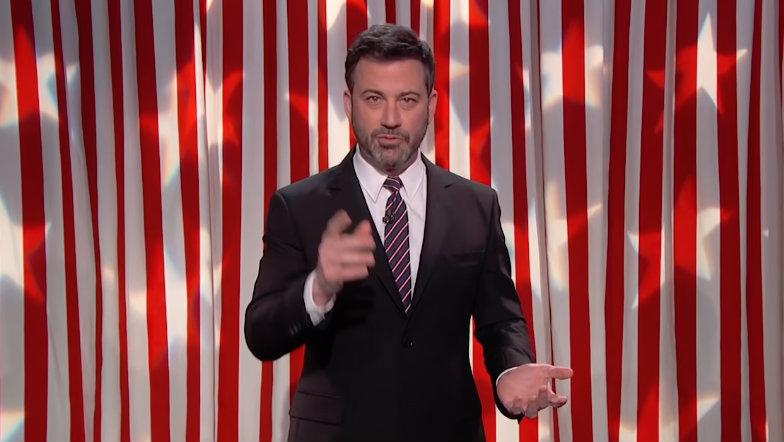 Jacqueline apprehensively walks over to the Trump caricature who is shown stuffing a hamburger into his face and saying things like “My biggest accomplishment? Not getting AIDS from Roy Cohn.” After Jacqueline leaves the bathroom, the flight attendant finds Donald prone in the lavatory, having suffered a heart attack.

The very clearly LGBTQ flight attendant is delighted upon the discovery and gleefully says, “God, I love my job.”

Netflix’s first season of Sex Education pushes hard for pro-abortion propaganda in January. The show — about a son coming to terms with his mother being a sex advice columnist and eventually deciding to take up her mantle in his high school community — is no doubt steeped in progressive and new age-y sexual themes involving teenagers.

The worst theme involves female character Maeve undergoing an abortion, and the procedure is presented in a healthy, coming-of age way. After the procedure, Maeve meets up with Otis, a love interest who has brought her flowers to celebrate. She tells him, “Nothing says happy abortion like a bouquet.”

CBS’ sitcom The Neighborhood is never afraid to embrace progressivism. The show, which last year called conservatives “racist,” promotes gender-neutral child-rearing on January 14. The Butlers, a progressive African American couple, go out birthday gift shopping for a friend’s son. Calvin Butler mistakenly picks up both nunchucks and a toy monster truck thinking a boy would like them, but Tina reminds him — per their friend's request — that they need to find a gift that’s not “violent” and that doesn’t “reinforce specific genders.” 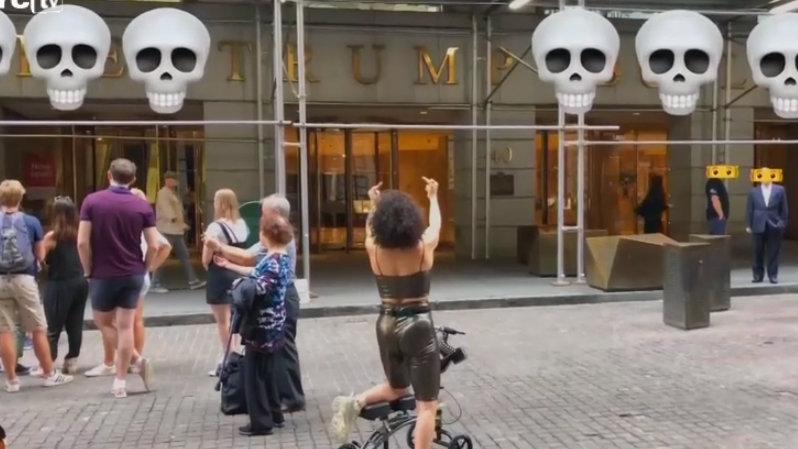 During January’s government shutdown episode of Jimmy Kimmel Live!, Kimmel personally addresses President Donald Trump and implores him to re-open the shutdown. The joke being that Trump is dumb and only into himself, Kimmel’s persuasion includes reminding the president that once the shutdown is over, he can go back to playing golf and shirking his duties. The worst dig Kimmel makes though is in his comments about Trump’s late night viewing activities, which involve “watching Judge Jeanine Pirro with your pants off.”

Methodology: MRC Culture compiled a list of anti-conservative/anti-Trump television programs during the month of January via MRCC's ongoing TV blog, and other notably biased clips from the month found online, including late night talk shows, network sitcoms, and shows from popular streaming services.