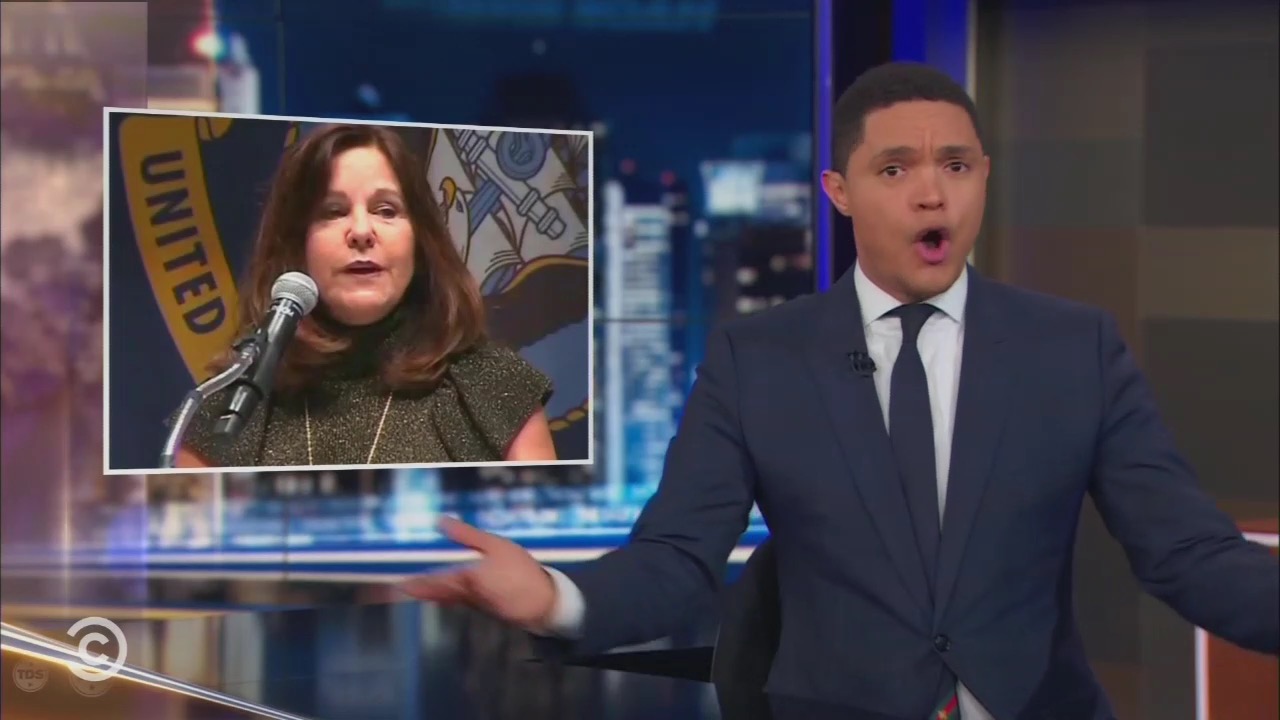 Wednesday, The Daily Show followed CBS’s lead in trying to shame VP Mike Pence’s wife Karen after it was announced that she would be returning to teaching art to students at a Christian school in Northern Virginia. Because the school is Christian, it holds Christian policies for its students and faculty. Apparently that’s a shocking thing in 2019, as host Trevor Noah took aim at Pence and America’s “crazy” right to religious freedom.

“I’m sorry, what? No gay kids allowed? How is that a school policy?” Noah gushed.

“Like do they just have an assembly one day where the principal is like listen up, at this school we pound pussy, am I clear? Hands up. Who in here is interested in the spring musical, trick question, you're out, you're out, you're out, you're all out!” he joked. That’s when he admitted he thought religious freedom in America was just a “crazy” license for people to discriminate:

I'm not going to lie. I think it's crazy that if you want to discriminate against anyone in America all you have to do is go, ‘Oh, it's because of my religion! I’m not discriminating!’ I want to try that. I want to say, ‘No short people allowed at my shows because I want all my friends to be close to Jesus and you couldn't be further away.’

It’s easy for the media to pick on the Pence’s Christianity while blindly ignoring the Democrats’ own problems with anti-Semitism.