One of the premier national unions for liberal outlets such as NBC News Digital, The Washington Post and The New York Times actually voted to request the government finance the news industry with taxpayer dollars. 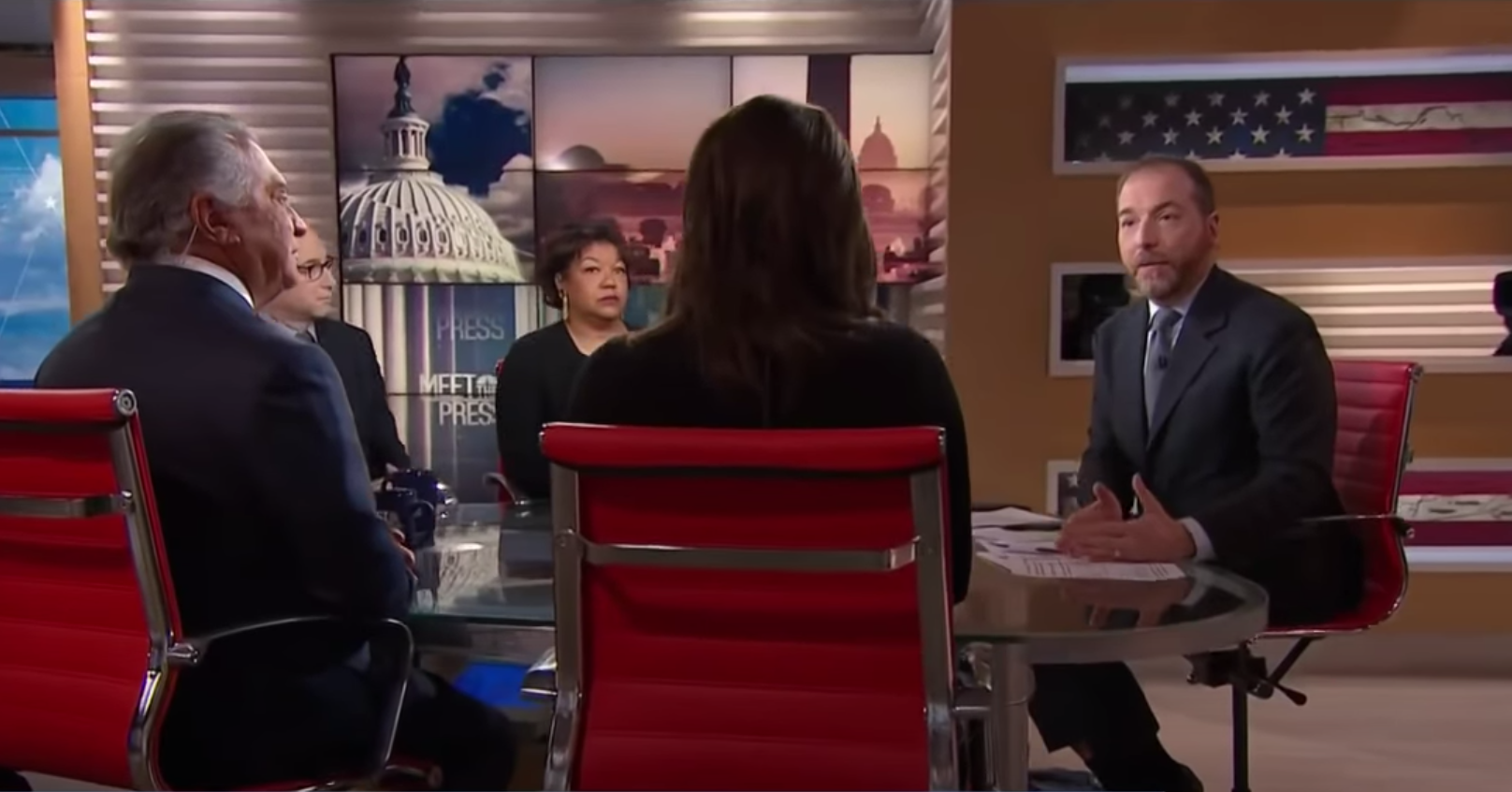 Surprisingly, it was The Times that released the story Sunday, May 3. The article noted how the president of the “most prominent journalists’ union in the country, the NewsGuild, crossed a line that once seemed unimaginable: He asked the government for money.” Then came the kicker: "The guild’s leaders voted to request 'public financing for journalism.’" NewsGuild President Jon Schleuss said that “'One thing we can't remain objective about is our own demise.'"

Union leaders argued “that any ethical unease or philosophical debate needs to take a back seat right now to securing members’ jobs, given the forces now threatening to destroy journalism,” noted The Times. Ah, so there were no preemptive concerns liberal news outlets could be turned into publicly-financed state propaganda mills like NPR or PBS.

A list of liberal media union members was included in The Times story. The list included Vox Media, The Arizona Republic, The Times and The Post. NBC News Digital is also listed as a member of The NewsGuild of New York, one of the Guild's local chapters.

The Times added that the national guild itself was “founded in the 1930s to raise wages and keep right-wing owners from meddling with the stories written by their more left-wing reporters.” [Emphasis added.]

But the blaring conflict of interest problems don’t stop there. The Times noted that the unions are being cheered on “— and pandered to — by high-profile politicians, including Senator Bernie Sanders, Representative Alexandria Ocasio-Cortez, and Mayor Bill de Blasio, whom their members also cover.”

New leadership at the Guild “had been involved in organizing campaigns around the country that expanded the traditional focus of labor to include, for instance, using gender-nonconforming employees’ preferred pronouns at Vice, and dropping the use of nondisclosure agreements in sexual harassment cases at Condé Nast.”

Currently, The Times has five members that serve on the Guild’s NY chapter Executive Committee, according to The NewsGuild of New York Local 31003, CWA website. The Times critic-at-large, Amanda Hess, an Officer of NewsGuild’s NY Chapter, serves as Second Vice President.

The story's author and former BuzzFeed editor-in-chief Ben Smith also made an admission about his own stock holdings in his former employer BuzzFeed News, which is also a member of the Guild's NY chapter. Smith said:

I agreed with The Times when I was hired that I wouldn’t cover BuzzFeed extensively in this column, beyond leaning on what I learned during my time there, because I retain stock options in the company, which could bring me into conflict with The Times’s ethics standards. I also agreed to divest those options as quickly as I could, and certainly by the end of the year.

The Guild is also sponsored by the lefty group The Action Network, “an open platform that empowers individuals and groups to organize for progressive causes.”

With this in mind, the Guild's NY chapter celebrating the explicitly socialist holiday May Day is just par for the course.

The Guild's NY chapter sent out a tweet May 1, celebrating May Day. On this day, “Marxists celebrate the collective ownership of the means of production,” National Review contributing editor Deroy Murdock wrote in 2002.

Wrapping #MayDay2020 feeling inspired and energized. Together we continue to fight the good fight, demand a voice in our workplaces, advocate for our colleagues and find strength in our community. We're #GuildProud today and everyday. 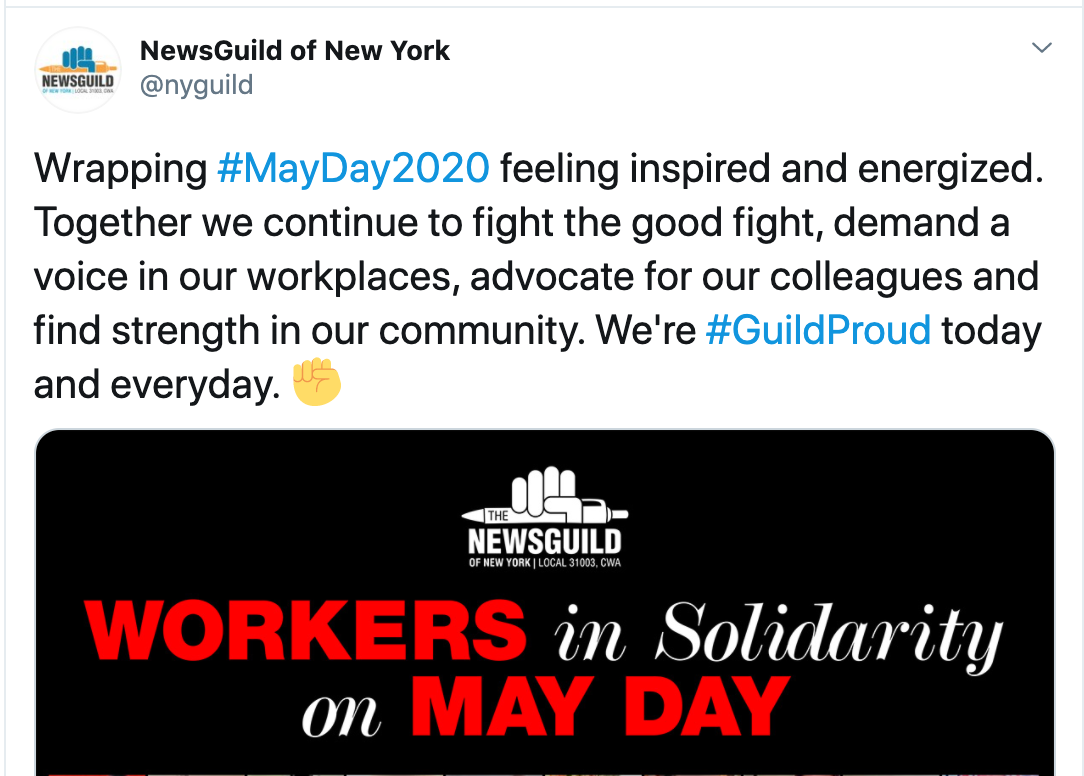 National Review’s David Harsanyi gave a detailed context recently behind the origins of May Day. Harsanyi wrote that in 1901, “May Day (the one for ‘workers,’ not the Catholic one) became a mandate by the Second International Socialist Congress that proletariat groups ‘energetically’ celebrate the advent of the eight-hour work day.” Harsanyi noted that militant Soviet revolutionary Leon Trotsky “stressed that it was a holiday to commend ‘red militarism.’”