Birds of a Feather: Rapinoe Thanks Kaepernick While Accepting ‘Women of the Year Award’

As the saying goes, birds of a feather … flip the bird to America together. Like U.S. women’s World Cup champion, feminist activist and angry lesbian Megan Rapinoe dedicating her Glamour “Women of the Year Award” to disgraced, race-baiting former NFL quarterback Colin Kaepernick. 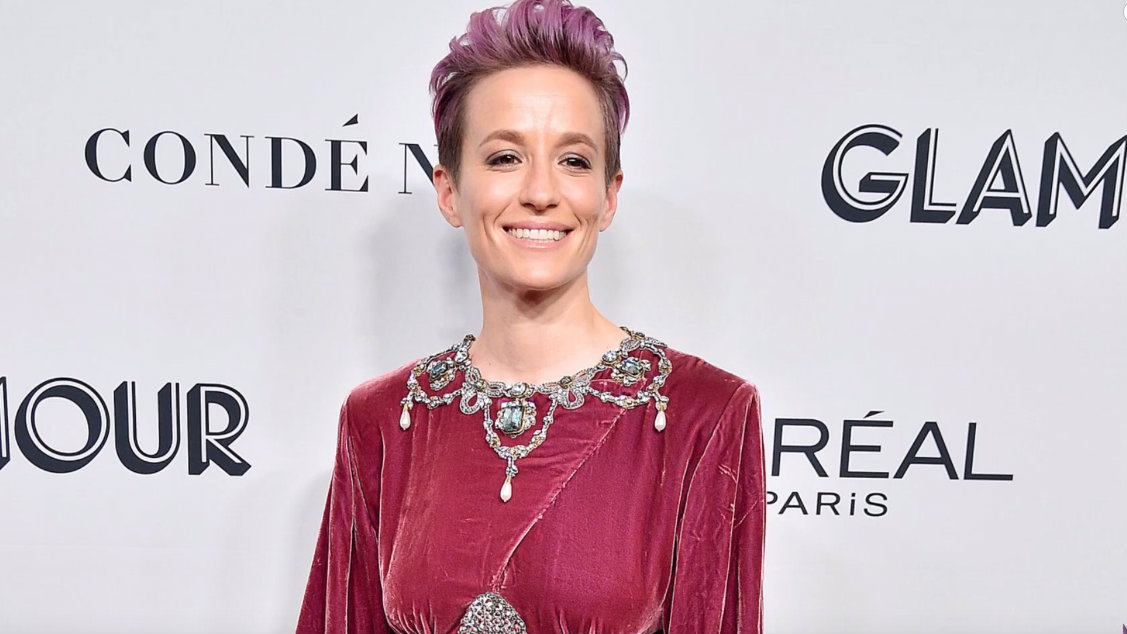 Rapinoe received the fashion mag’s annual female honor along with other famous lefty women like Greta Thunberg and Handmaid’s Tale author Margaret Atwood. Clearly, Glamour’s “Women of the Year” are either famous actresses, or radical feminists. Rapinoe used the opportunity to thank one very special man however, and that was her activist mentor Colin Kaepernick.

Kaepernick, the former San Francisco 49ers quarterback famous for kneeling during the National Anthem was a massive inspiration for the LGBTQ soccer star, who pulled the same stunt in solidarity with the former football player during some of her U.S. women’s soccer games.

“I feel like I have to take this opportunity to thank the person for whom I don’t feel like I would be here without,” Rapinoe claimed during her acceptance speech. Well, it’s the least she could for the man she modeled her entire shtick after.

Rapinoe touted the “courage and bravery” of the athlete, whose anti-police activism involved sporting socks portraying cops as pigs during team practice, and saying things like “I’m not going to stand up and show pride in a flag for a country that oppresses black people and people of color.” He’s a communist Cuba fanboy, as well -- he sported a Fidel Castro shirt at post-game interview in Miami.

More recently, the athlete used his power as Nike spokesperson to convince the athletic wear brand to pull the plug on its patriotic, Betsy Ross-themed tennis shoes.

For such antics, Rapinoe called the man, “so bright and so bold,” and made sure to remind the audience that he is still “effectively banned” from the NFL.

“So while I’m enjoying all of this unprecedented, and frankly, a little bit uncomfortable attention and personal success in large part due to my activism off the field, Colin Kaepernick is still effectively banned.” Sure, we’ll take her word for it.

In addition to copying Kaepernick’s kneeling antics, Rapinoe turned up the activism to eleven when she preemptively spurned President Donald Trump’s invitation to the White House if her U.S. women’s soccer were to win the world cup, (which they did.) That, combined with the kneeling, as well as her team clamoring against the mythical gender wage gap, made her the point of ire for many patriotic Americans.

Rapinoe doubled-down on the left-wing politics in her acceptance speech, thanking various lefties like “Tarana Burke and the Me Too movement,” “Black Lives Matter,” “the women of Time’s Up,” and “Trayvon Martin,” and concluded her words with a lament about “the injustices that so many others face that put me in this very position.” Sure, the fact that the woman is famous for playing soccer, for being a lesbian, and for having the right politics sounds like a real raw deal.