The editor of the socialist policy-loving Financial Times Roula Khalaf thinks that capitalism needs to change. 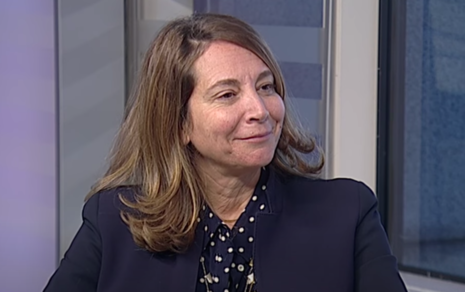 British Vogue did a puffy interview headlined “‘Capitalism Needs A Reset’: The First Female Editor Of The Financial Times Is A Level-Headed Radical.” Author Zoe Williams fawned over how Khalaf was now “at the helm of capitalism’s biggest cheerleader. Though that isn’t how she would necessarily describe the Financial Times.” No kidding.

Khalaf said of FT, of which she was appointed as editor in November, 2019:

[T]he FT is not unquestioningly pro-market and pro- business. We want to hold business to account and we’ve always held business to account. The excesses of the financial crisis, the political impact, whether populism or nationalism, the widening of inequality: it is plain that capitalism needs a reset, [emphasis added.]

British Vogue referred to Khalaf as a “level-headed radical.”

Recent work from FT puts perspective on the kind of “impact” the coronavirus has had on the paper’s journalism.

FT’s Editorial Board speculated in April whether the “current feelings of common purpose will shape society after the [coronavirus] crisis,” and suggested that “Radical reforms — reversing the prevailing policy direction of the last four decades — will need to be put on the table.” [Emphasis added.]

The “radical reforms” suggested by FT reeked of socialist propaganda:

Governments will have to accept a more active role in the economy. They must see public services as investments rather than liabilities, and look for ways to make labour markets less insecure. Redistribution will again be on the agenda; the privileges of the elderly and wealthy in question. Policies until recently considered eccentric, such as basic income and wealth taxes, will have to be in the mix, [emphasis added].

Such “reforms” suggested by FT seem to coincide with its editor’s recently revealed “radical” leftist perspective that “capitalism needs a reset.”