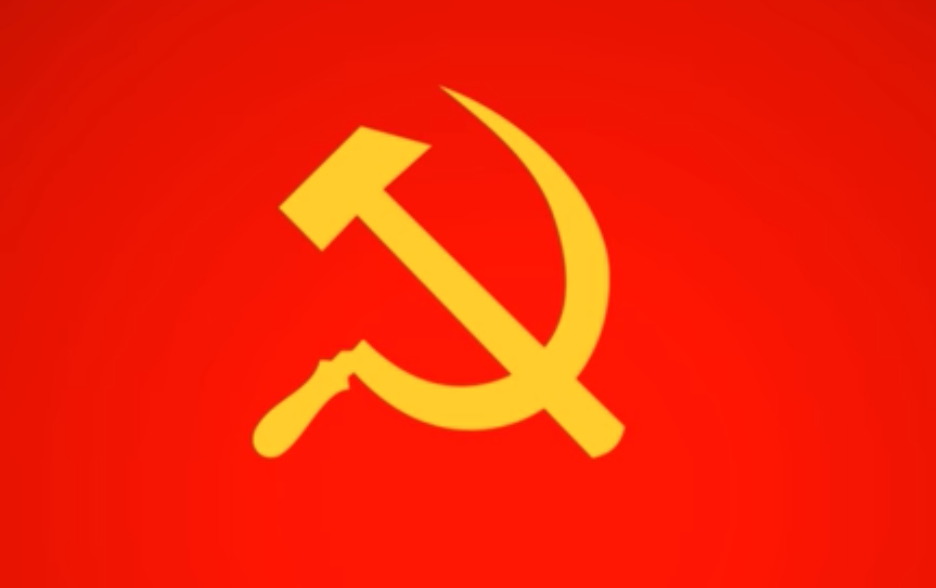 The Economist and The Financial Times Editorial Board both published liberal spin advocating for policies straight out of the socialist handbook.

It’s as if the eco-extremists in the liberal media bleating about climate change in the middle of a pandemic wasn’t bad enough.

The Economist tweeted out a story headlined “Big tech’s covid-19 opportunity” with the caption: “Big tech firms are now vital utilities. Once this crisis ends, governments could push for state control of them as they have over energy firms.” [Emphasis added.] The Financial Times Editorial Board’s editorial, headlined “Virus lays bare the frailty of the social contract,” pivoted off the pandemic to argue that “to demand collective sacrifice you must offer a social contract that benefits everyone.” [Emphasis added.] 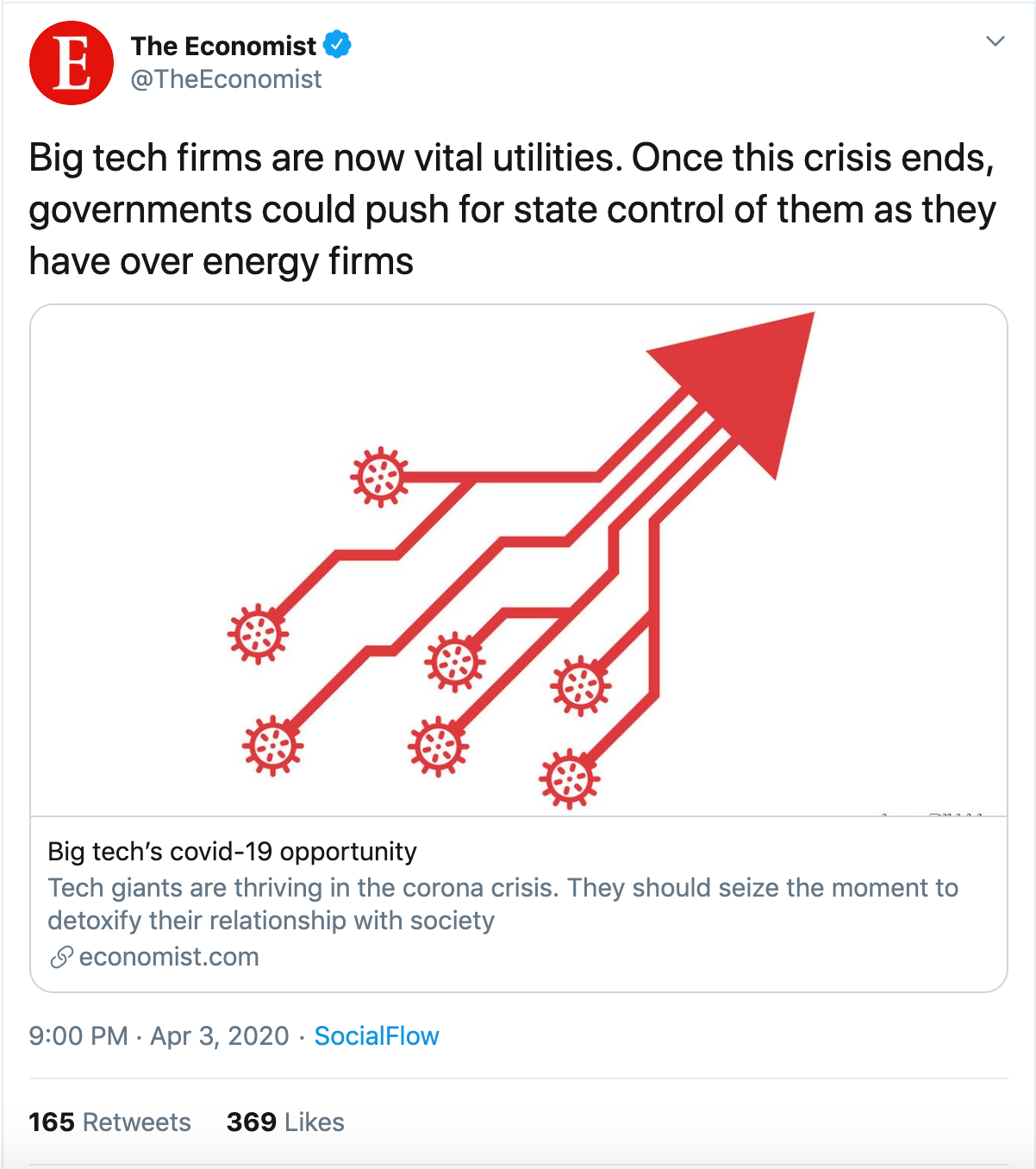 The Financial Times Editorial Board speculated whether the “current feelings of common purpose will shape society after the [coronavirus] crisis,” and suggested that “Radical reforms — reversing the prevailing policy direction of the last four decades — will need to be put on the table.” [Emphasis added.]

The “radical reforms” suggested by The Times reeked of socialist propaganda:

“Governments will have to accept a more active role in the economy. They must see public services as investments rather than liabilities, and look for ways to make labour markets less insecure. Redistribution will again be on the agenda; the privileges of the elderly and wealthy in question. Policies until recently considered eccentric, such as basic income and wealth taxes, will have to be in the mix,” [emphasis added].

The Economist, in another strain, predicted that big tech companies like Alphabet Inc. and Facebook will come out of the pandemic “even stronger.” In turn, The Economist argued, “They [tech companies] should use this good fortune to reset their sometimes testy relations with their users. Otherwise big government, the other beneficiary of the covid calamity, is likely to do it for them.” [Emphasis added.]

“In an abrupt twist, ‘surveillance capitalism’, as critics call big tech’s business practices, is no longer seen as exploitative, but essential to tackle the virus," [emphasis added].

The Economist even attempted to normalize Big Tech’s censorship practices: “And no one is complaining about Facebook and Google zealously taking down misinformation about covid-19, and increasingly relying on [AI] to do so. Yet, before the pandemic, such activity would have triggered howls of outrage over censorship and bias.”

The Economist must have missed MRC TechWatch’s recent work on that subject.

Is there anything more chilling than the government being in full control of the tech industry?

The Economist concluded: “In fact, more than ever it is clear that big tech firms act as vital utilities. Therein lies the trap, because almost everywhere other utilities, such as water or electricity, are heavily regulated and have their prices and profits capped.” The outlet used this dubious comparison to suggest that ” Once this crisis passes, startled citizens and newly emboldened governments could make a push for the state to have similar control over big tech.” [Emphasis added.]