The 2019 Emmy nominations have been unveiled and (not so) surprisingly there are lots of lefty Hollywood specimens up for the illustrious TV awards. While many of you might be actually excited to see these people awarded for talent, we’re here to focus on which liberal heartthrobs get their rear-ends kissed by the industry the most. 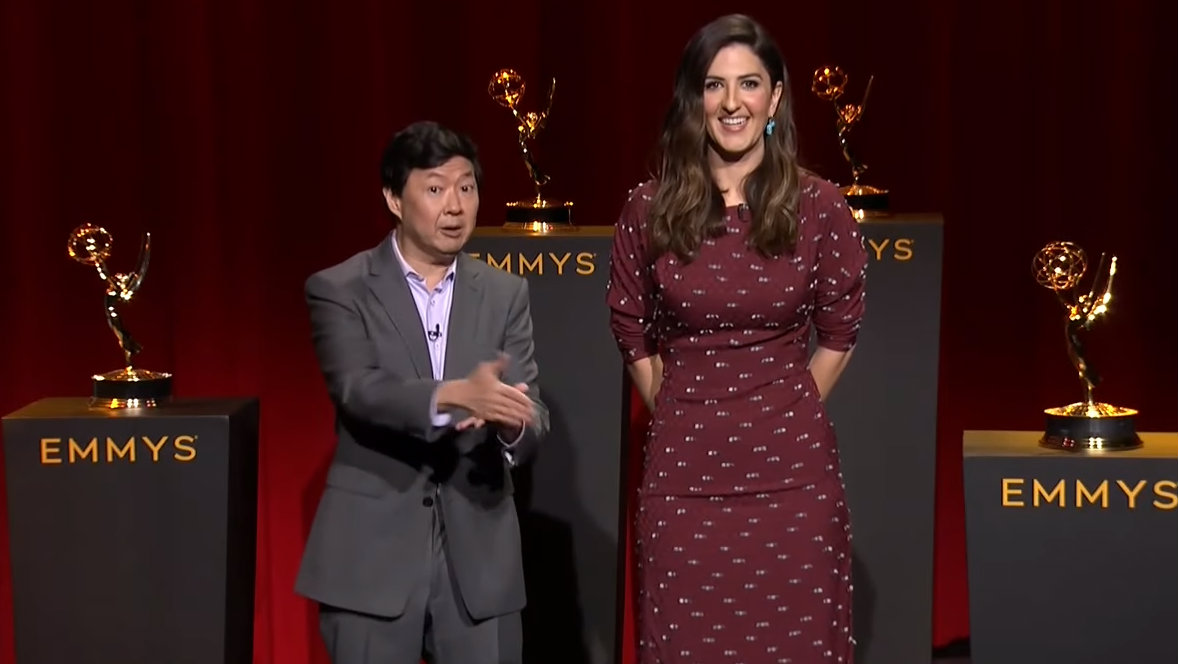 Starting with the most foul nomination category, “Outstanding Variety Talk Series,” all six of the nominees represented the worst TV has to offer in terms of political mudslinging and hatred for conservatives. The Daily Show With Trevor Noah, Full Frontal With Samantha Bee, everyone’s favorite Jimmy Kimmel Live!, HBO’s Last Week Tonight With John Oliver, The Late Show With Stephen Colbert, and The Late Late Show With James Corden are all up for the best in talk shows.

So yeah, the most condescending, hateful jerks on primetime. At least the Emmys will help us decide who is the absolute king of the garbage among this sordid pile.

In other less explicitly liberal-saturated categories, we find some TDS stars. For best “Lead Actress in a Limited Series or Movie,” we have the lovely Patricia Arquette in Showtime’s Escape From Dannemora. In addition to deserving awards for acting, Arquette has been deserving of the #collusiondelusion award for publicly proclaiming Trump having kompromat during an awards acceptance speech and for showing Stephen Colbert her Special Counsel Robert Mueller prayer candle live on television.

For best “Lead Actor in A Comedy,” both Anthony Anderson and Don Cheadle were nominated. Anderson has been recognized for his work in the ABC sitcom Black-Ish, the woke, race-baiting show that shows zealous respect for Colin Kaepernick. Cheadle has been recognized for his starring role in Showtime’s Black Monday, while we are recognizing him for being an unhinged conservative hater on Twitter and during interviews.

Former Seinfeld star Julia Louis-Dreyfuss was nominated as best “Lead Actress in A Comedy” for Veep, the political HBO drama that loved to scorch conservative politics. One of the episodes from last season included a nasty epithet towards pro-life “c**ts.” Phoebe Waller-Bridge was also nominated in the same category for English comedy Fleabag, and we love her because she’s the brainchild behind 007 becoming a strong, independent, African American woman, who needs no man.

Other worthy mentions include VH1’s RuPaul’s Drag Race being nominated for most “Outstanding Competition Series.” No one can outdo RuPaul when it comes making crossdressing fun for the whole family, that’s for sure. Actor Billy Porter was nominated for best “Lead Actor in A Drama Series” for Pose, FX’s drama about trans folk, and When They See Us, the story of the now-acquitted, alleged rapists and murderers, the “Central Park Five” was nominated for best best “TV Movie.” The movie doubled down on the myth that Trump demanded the death penalty for each of the five falsely accused.