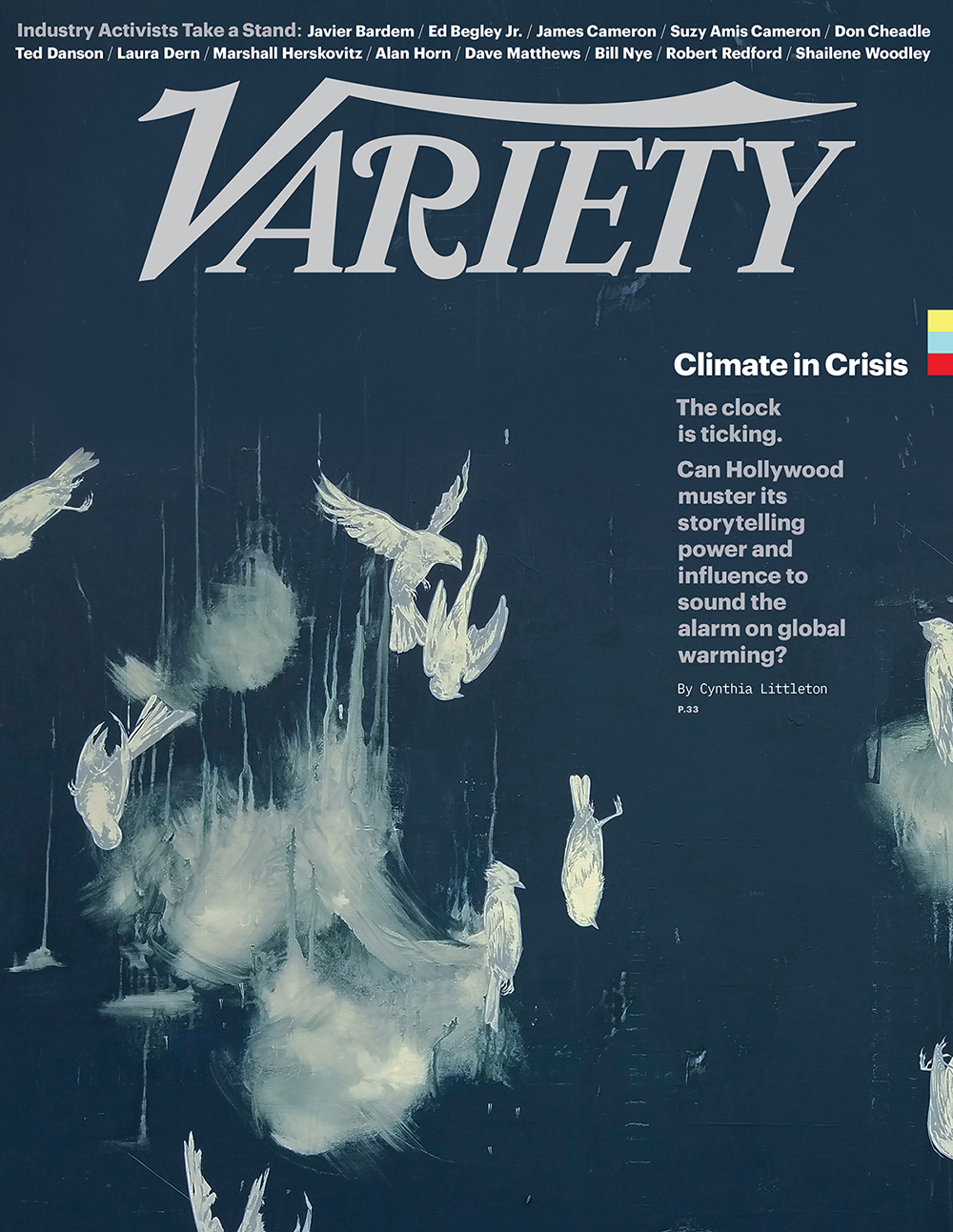 More global warming propaganda: coming soon to a theater near you! That’s according to Variety magazine, a Hollywood trade publication whose most recent issue is dedicated to “The Climate Crisis,” with a cover story that asks, “Is Hollywood Doing Enough to Fight the Climate Crisis?”

Claiming “the climate crisis has escalated to a terrifying degree,” author Cynthia Littleton sets the alarmist scene early, complete with the obligatory warning of there being only “11 years” left to “limit the apocalyptic impact of rising air and ocean temperatures.”

Even worse, according to Variety, “there is growing criticism that mainstream TV news organizations and storytellers in Hollywood haven’t done enough to raise public awareness of the need for action.” They think Hollywood isn’t lecturing us enough about global warming? Seriously?

Most of NRDC’s past work was been with the news media and documentaries, but “with the climate clock ticking, there’s a sense of desperation among activists to send a message that spreads deeper into pop culture.” They want movies and TV shows to “have the same culture-changing effect on environmentalism they’ve had on social concerns ranging from drunk driving and cigarette smoking to racism and issues of equality.”

“We are running out of time. It’s an all-hands-on-deck situation,” says Daniel Hinerfeld, the NRDC’s director of content partnerships. “We desperately need the Hollywood community to take this issue seriously, understanding that it has tremendous power to change culture norms. We really want to work with [the creative community] in an intensive way to normalize the climate conversation in entertainment.”

And people still try to say Hollywood doesn’t have any influence on our culture!

If this is what the television landscape already looks like, imagine what it will be like when they’re actually trying!