In the episode titled “Swept Away” of CBS’s Madam Secretary Sunday night, Secretary of State Elizabeth McCord (Tea Leoni) is planning a meeting with the Dalai Lama but is keeping it quiet until China signs on to President Dalton’s climate change agreement – the Stockholm Protocol, which is described as "the moon shot of our generation."

At the very beginning of the show, the viewer is assaulted with climate change propaganda. As eldest McCord daughter Stephanie (Stevie) – interning in the office of the White House Chief of Staff - watches a cable news network’s reaction to the president’s State of the Union address, her parents walk in and she asks if they think the U.S. Senate will ratify the agreement. Mom and Dad are quick to answer that the president is prepared to “bulldoze the deniers.” They also deliver the socialist message of economic sacrifice for “the greater good.” Spare me.

Stevie: President Dalton gave his, uh, State of the Union, like, an hour ago. I have to be up on what the cable-verse thinks for work tomorrow.

Jason: Oh, great. So just because you're interning for Russell Jackson, you have to stay current on how screwed-up the world is?

Stevie: Guys, Mom has spent the last six months negotiating a global climate deal, and the president announced it tonight. It's like the moon shot of our generation.

News Anchor: More than 200 countries committed to the Stockholm Protocols' sweeping carbon emission benchmarks. But the crown jewel for President Dalton was getting India and China on board. The question now: Will the treaty pass the U.S. Senate?

Stevie:  Hey. Do you guys think that the Senate's gonna ratify?

Henry: Oh, yeah, they always do stuff like that.

Elizabeth: I have faith. In the scorched-earth fight our president is willing to wage to bulldoze those who would deny reality.

Madam Secretary is hell bent on getting China and India to sign onto the climate change agreement. The Dalai Lama tells her that he is dying of pancreatic cancer and has named a successor – a two-year-old boy in Pennsylvania. Needless to say, he wants Elizabeth to give America’s endorsement of his decision. The Chinese are furious, as this hasn’t been done before. Traditionally, the Dalai Lama’s successor is named after his death. Elizabeth reminds him that the U.S. is neutral and will not endorse the toddler in Pennsylvania. 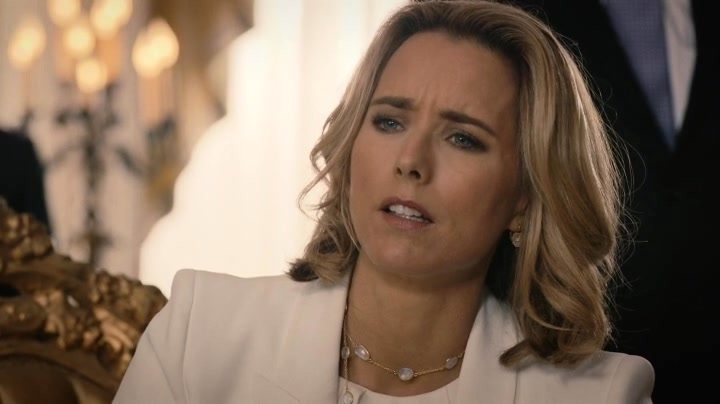 The episode was wrought with the usual exaggerations from the climate change faithful believers – the president even told a senator who was trying to blow up the agreement as it would hurt his state’s coal producers that the Ospreys he sees on the White House lawn are slowly scarce. Yeah. It was as ridiculous as it sounds.

The hard facts are that both China and India are far greater polluters than the U.S. and there is no evidence that either of these two countries will agree to sign on to anything holding them accountable for carbon emissions released into the atmosphere. Leftists like Madam Secretary are only too happy to sign away jobs and economic success in America for “the greater good.” We know that means that the American taxpayer is expected to foot the bill.