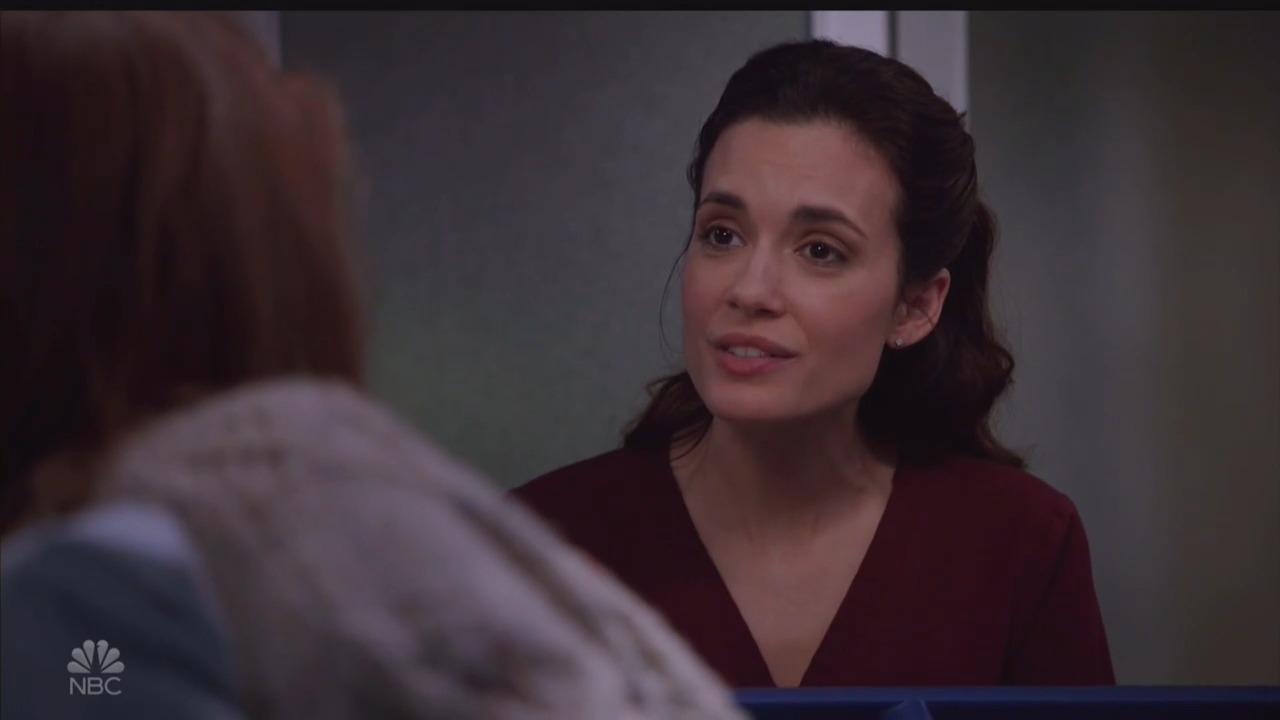 Liberal Hollywood climate change alarmists have long embraced the use of children in their virtue-signaling against regular Americans skeptical of their far-reaching claims. One network medical drama used teenage girls as martyrs willing to commit suicide to draw attention to their cause.

The May 8 episode of NBC’s Chicago Med titled “More Harm Than Good” begins with a teenage girl named Gaia being wheeled into the E.D. for what appeared to be a drug overdose. Soon her friend Meadow comes in, too, with the same symptoms. Both are living in an old run-down house. Since attempted suicide is suspected, the hospital’s Chief of Psychiatry, Dr. Daniel Charles (Oliver Platt) is called in when both of the girls refuse medical treatment.

After speaking with them, the doctors learn that the girls are environmental cultists, members of the Angels of the Earth. Before proper treatment can begin for Gaia, she commits suicide in her hospital room by placing a plastic bag over her head. Dr. Charles looks up the website of the climate change cult and tells Dr. Manning about it.

Dr. Charles: "We, the Angels of the Earth, will not be so blind to ignore that human greed, negligence, and abuse are destroying the planet. We will serve the Earth by removing ourselves from it."
Dr. Manning: Oh, my God. They're a cult that believes that Earth is destined for destruction and the only solution is to kill themselves.
Dr. Charles: At least they're not making it all up out of thin air. Each one of their claims is linked to a legitimate scientific study.
Dr. Manning: Yeah, I know, but their whole manifesto is still one big suicide note. Well, at least you can put her on a psych hold and we can force treatment.
Dr. Charles: No, no, no, we can't. Look, a psych hold just means we can keep her here so she doesn't harm herself more. It still doesn't mean we can make her take Prussian blue or undo the things she's done to herself unless she wants us to.
Dr. Manning: So what can we do?
Dr. Charles: Well, it's a long shot, but I could petition a court to deem her mentally incompetent because of the brainwashing she's received at the hands of this cult. If not, Meadow controls her own fate.

After testing for possible poisoning from chemicals that might be found in the house, Dr. Natalie Manning (Torrey DeVitto) learns the chemical compound poisoning the girls is thallium. Natalie tries to reason with Meadow and get her to take the medicine, called Prussian blue, to stop the destruction of her own body. When Meadow refuses again, Dr. Manning takes matters into her own hands and forces the medicine into Meadow via a tube.

Dr. Manning: This is the mission statement of the Angels of the Earth. I've read it three times now.
Meadow: Are you beginning to understand, then?
Dr. Manning: I'm trying to. As a scientist, I agree. But I'm having a hard time believing that the planet is doomed to become uninhabitable. Or how poisoning ourself with thallium will change that.
Meadow: Would you have heard of the Angels of the Earth otherwise if I wasn't here?
Dr. Manning: So you're a martyr?
Meadow: In 1963, a monk set himself on fire in protest of the Vietnamese government's discriminatory laws against Buddhism. The government was overthrown.
Dr. Manning: Is that your hope? That the government is overthrown?
Meadow: No. My--my hope is that people wake up and take action instead of continuing to cook our planet by burning fossil fuels.
Dr. Manning: So then you believe the planet can be saved.
Meadow: You're twisting my words.
Dr. Manning: I'm not.
Meadow: Mm-hmm.
Dr. Manning: Your logic is flawed. You want people to change, but you also think that change will be meaningless. So what is the point of martyring yourself if it's unclear what you stand for?
Meadow: I-I'm not taking your pills.
Dr. Manning: Meadow, your hair is falling out. You're running out of time.
Meadow: Good.
Dr. Manning: I am not gonna let you die.

Dr. Charles is outraged when Natalie puts in the nose tube against the patient’s wishes, but he figures out a way to get around the situation legally. He convinces Meadow to just take a couple of sleeping pills. Then when she agrees, Dr. Charles tells Natalie that when Meadow nods off, she will no longer have the ability to advocate for herself. The doctors can treat her under implied consent.

This is a fictional story but it doesn’t seem too far-fetched these days. With students striking against climate change and skipping school to do it, and adults brainwashing children from a very young age, it is no wonder that this script is passed off as primetime entertainment. The liberal left has no shame. Using children as pawns in delivering their political agenda is standard procedure.