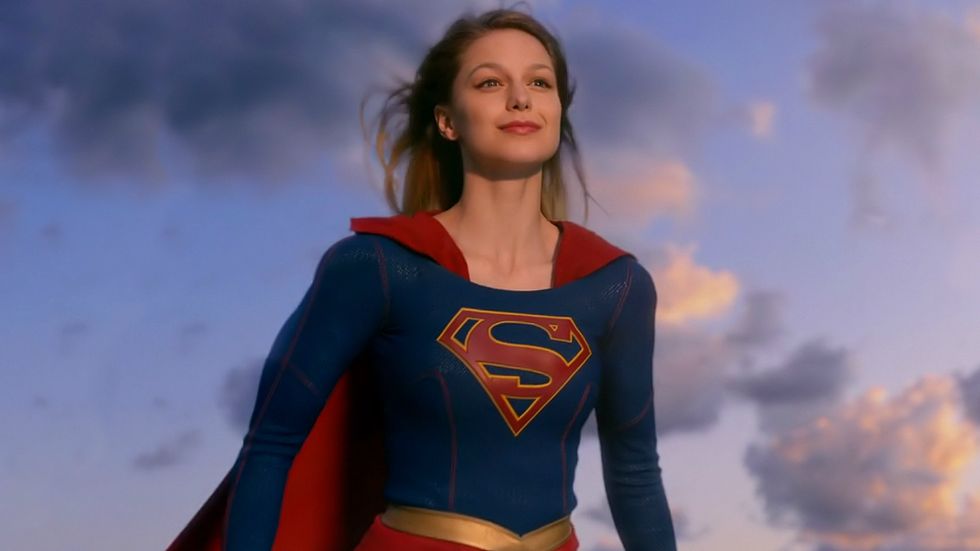 The CBS show Supergirl gave us a glimpse into a liberal dream world where there are no divisions, "Only one people, working with one purpose, towards one goal." In fact, some of the lines from the episode "Myriad" seem ripped right out of John Lennon's "Imagine." The way to this utopia? Mind control, of course. Oh, how liberals WISH they could turn us all into mindless drones!

National City has fallen under the control of Supergirl’s evil Uncle Non (Chris Vance) and he has launched Myriad, a Kryptonian mind control program, to take over the city’s people. Declaring himself Lord of Earth, Non sets out to avenge the death of his wife Astra, who tried to do Myriad on Krypton but was arrested and thrown in jail. After her release, Krypton was destroyed by global warming.

Maxwell Lord (Peter Facinelli) teams up with Supergirl to save National City. Imagine his surprise when Non states that mind control will solve all problems, including climate change.

Non: It's what everyone wants, is it not? Peace on Earth. Goodwill towards man.

Non: The human race finally has a chance to live. Or it would suffer the same fate as Krypton. And the same thing is happening on Earth, with a populace more interested in reality stars and political circuses than working together to solve the world's problems.

Maxwell: So, mind control is the answer to global warming? (Clicks tongue) Why didn't I think of that?

Non: Thanks to Myriad, there are no more racial divisions, no Republicans, no Democrats. Only one people, working with one purpose towards one goal. To save the world.

Cat: Except you haven't saved them, you've enslaved them.

Supergirl: Humanity is better than this. If you really want this planet to avoid the fate of Krypton, then work with us.

Non: With these people? These two are the best of your world and all they do is help the populace amuse themselves to death. If anything, they laid the groundwork for me.

Supergirl: Winn! Winn, can you hear me?

James: Your inventions have drowned out sense and turned it into nonsense.

Maxwell: You're harvesting the brain power of everyone in the city to solve the world's problems? National City is a giant think tank?

Supergirl: This is not the way to solve the world's problems.

Winn: Your heroics have done nothing to save the planet.

I hope someday you'll join us, and the world will live as one...

The struggle is real. But, this is Supergirl and good always wins out over evil. This episode was the first of a two-part season finale. Left with a cliffhanger, the mission is not yet complete. Non arranges for Supergirl to fight a warrior version of Alex, putting her in the predicament of fighting her beloved sister. This is where the show stops. Can Supergirl save National City? The answer will have to wait until next week.

Easter egg: Cat Grant is played by Calista Flockhart, who is married to actor Harrison Ford in real life. In tonight’s show, Cat instructs Kara to make a call for her: “Ker-rah, call Harrison Ford and tell him that I'm flattered, but once and for all, I do not date older men, especially when they're married.” Heh.