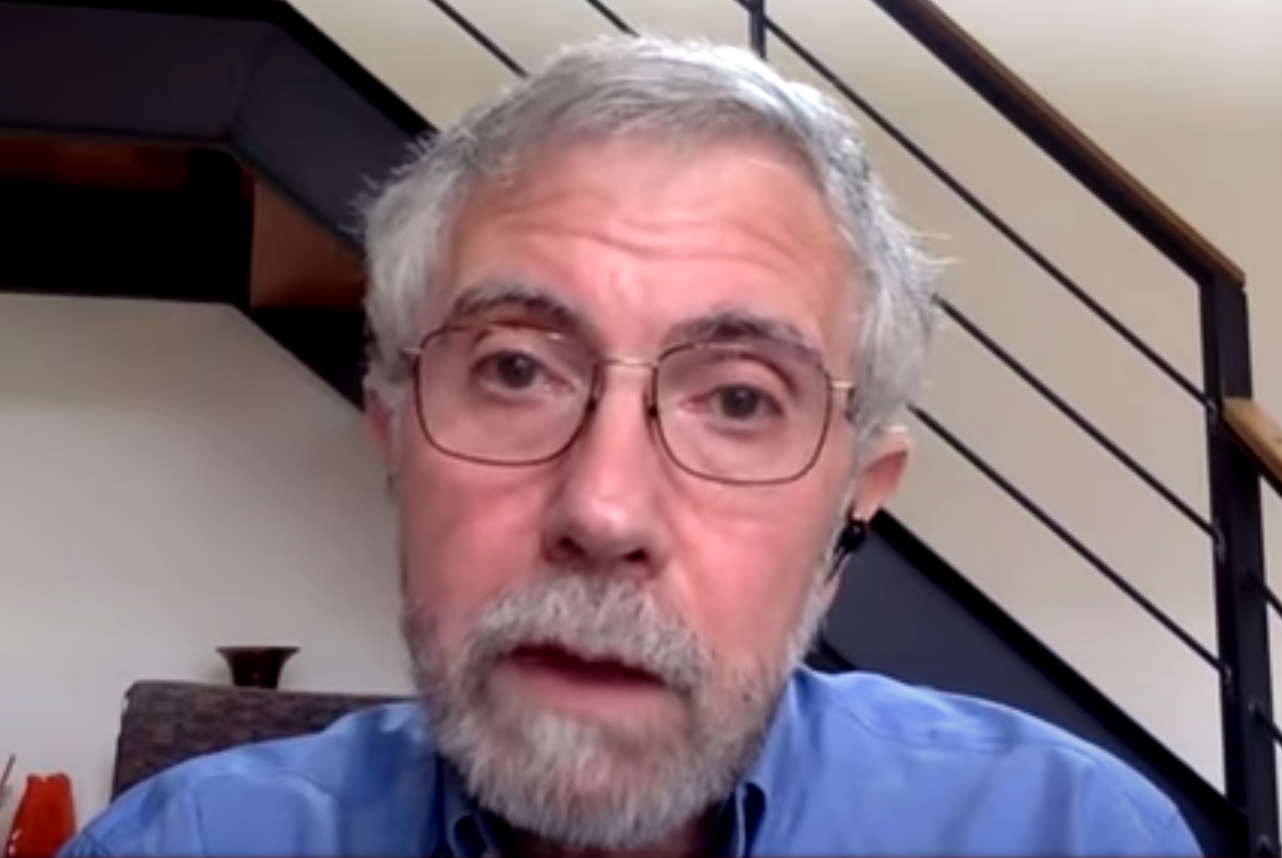 Krugman penned an absurd May 14 op-ed headlined, “Covid-19 Reality Has a Liberal Bias.” In that article, Krugman encouraged readers to speculate about the potential “blowback — especially, by the way, among senior citizens — if an attempt to restart the economy leads to a new wave of infections.”

He used that speculation about senior citizens to question: “[W]hy are Trump and company going down this route?” He then answered his own question with a disgusting allegation: “One answer is that thousands of Americans may be about to die for the Dow.”

He based that wild assessment on his belief that “Trump is obsessed with the stock market” and how Trump’s “long refusal to take Covid-19 seriously reportedly had a lot to do with his belief that doing otherwise would hurt stock prices.”

He must have forgotten Trump’s travel restrictions to China in January, which liberal National Public Radio called “intense.”

Krugman's entire op-ed was a screed: “Clearly, the Trump administration and its allies have already decided that we’re going to reopen the economy, never mind what the experts say.” He then used this to pivot to a hyperbolic conclusion: “The U.S. right long ago rejected evidence-based policy in favor of policy-based evidence — denying facts that might get in the way of a predetermined agenda.”

Krugman also must have missed The Los Angeles Times’ shocking May 11 piece, headlined “The economic devastation wrought by the pandemic could ultimately kill more people than the virus itself.”

In typical Krugman fashion, he arbitrarily correlated his issue with conservatives wanting to reopen the economy to climate change denial:

As many people have pointed out, the emerging right-wing strategy for dealing with this pandemic — or, more accurately, not dealing with it — closely follows the Republican Party’s longstanding approach to climate change: It’s not happening, it’s a hoax perpetrated by liberal scientists, and besides, doing anything about it would destroy the economy.

Jobless claims have now soared to 38.6 million in the past nine weeks, according to Krugman’s own newspaper. Yet Krugman, who is worth $2.5 million and still has his job, is blasting conservatives wanting to reopen the economy.

Krugman continued to bleat that “the antilockdown demonstrations of recent weeks appear to have been organized in part by the same people and groups that have spent decades denying climate change.”

[W]e put billions of young healthy people under house arrest, stopped cancer screenings, and sunk ourselves into the worst level of unemployment since the Great Depression. This from a virus that bears a survival rate of 99.99% if you are a healthy individual under 50 years old.