Liberal billionaire and 2020 Democratic Party presidential candidate Michael Bloomberg has no problem imposing big-government policies on the economy. Yet Yahoo! Finance decided to pull its punches in its reporting by barely critiquing Bloomberg’s left-wing plan. 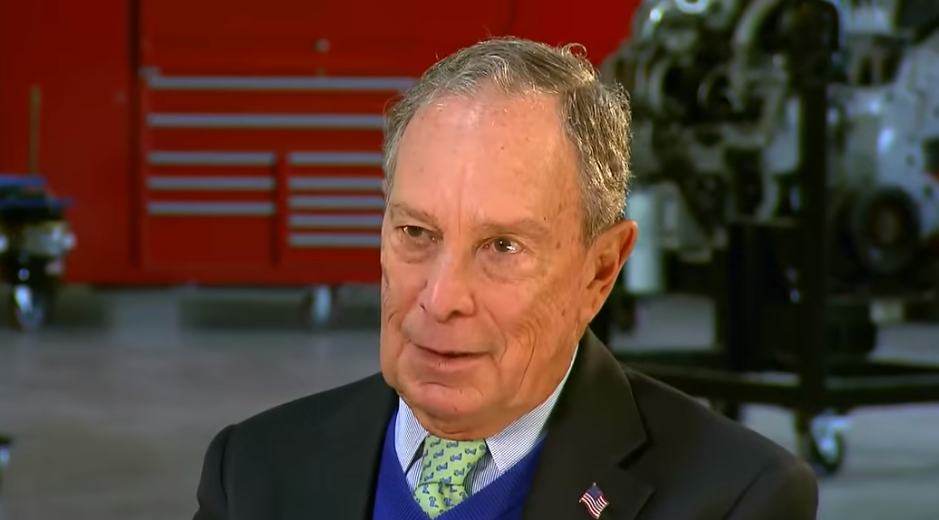 Yahoo! Finance reported Jan. 8 that Bloomberg’s plan would be a “grab bag of proposals to raise the minimum wage, ensure gig workers have collective bargaining rights, and give more help to start-ups and small businesses” [emphasis added]. By helping small businesses, he means having them “take advantage of federal programs,” according to Yahoo! Finance. Sounds peachy if you’re for big government and more spending.

The outlet admitted that this agenda comes up against President Donald Trump’s booming economy: “[D]espite the low unemployment rate and stock market at record highs, Bloomberg said Trump has ‘over-promised and under-delivered’ on his promises to create jobs” [emphasis added].

Does someone want to inform Bloomberg that even CNN admitted on Dec. 6 that a “couple of generations of people have not seen this kind of unemployment rate [3.5 percent]?"

Bloomberg’s plan also looks to increase federal spending on research and development (R&D) to transition the U.S. to a "clean-energy economy," Yahoo! noted.

The only critique in the piece (albeit the most important one) was in the seventh paragraph: “Bloomberg released his slew of initiatives but provided few details about how he would pay for them” [emphasis added].

Who knew those big-government policies would cost money? But that was it for Yahoo!’s criticism.

Bloomberg’s government-centered plan calls for a raising of the minimum wage to $15 per hour. But Yahoo! did not mention the harm a national minimum wage policy could have on the economy.

A mandatory minimum wage would force businesses “to raise prices (which can lower business volume) or cut costs,” The Heritage Foundation critiqued Jan. 23, 2019. “The latter is done through layoffs, reducing workers’ hours or benefits, raising prices, or forgoing investments in the business.” Heritage further noted, “None of those things is good for workers or the business’s long-term success.”

Bloomberg’s proposal suggests expanding funding to the Trade Adjustment Assistance (TAA) program “by covering workers affected by automation and the transition to a green economy — in addition to workers affected by foreign competition” [emphasis added].

Even liberal outlet USA Today argued The TAA was inefficient in 2015, and said it should “expire” because of the “tepid support” it received from “the people who supposedly benefit most.” It said that TAA recipients’ “incomes after returning to work are no better than those of other returning workers not eligible for TAA.”

So why is Bloomberg proposing to expand funding to an arguably ineffective program? Only he knows. His plan also grants “all workers — including gig, contract and franchise employees — the right to bargain collectively” [emphasis added].

“Dissenting individuals [from union views] are prevented from dealing directly with their employer, and they cannot choose to be represented by another organization” [emphasis added].

More federal spending, environmentalism, and government intervention into the economy appear to be the entire foundation of Bloomberg’s “economic” agenda, but Yahoo! chose to spike reporting it as such.