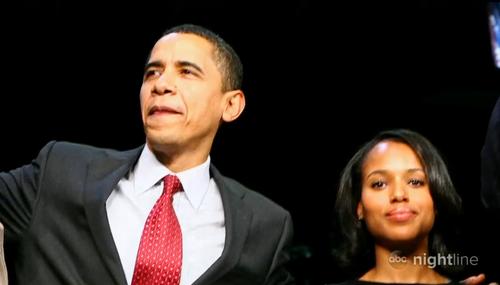 Scott Whitlock
April 19th, 2018 4:49 PM
In a bit of self promotion and ideological promotion, ABC’s Nightline on Wednesday night hyped the season finale of Scandal. Co-host Juju Chang hailed star Kerry Washington’s Democratic advocacy: “But while she keeps her personal life personal, she does speak out publicly about issues like gun control and women's rights. 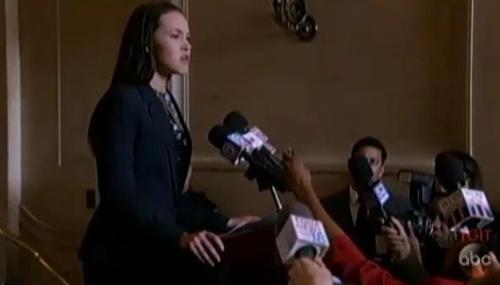 Culture
Lindsay Kornick
March 15th, 2018 11:54 PM
It only took fourteen episodes of the final season, but ABC’s Scandal has finally covered the #MeToo movement. The latest episode has Olivia and the other Gladiators working to expose the sexual offenders within Congress, because if there is anyone qualified to expose hidden sex perverts, it’s a Hollywood show. 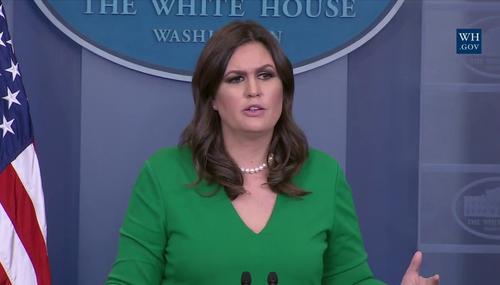 Culture
Karen Townsend
December 4th, 2017 7:00 AM
Wowzer! Taking the low road against conservatives and the Trump administration is nothing new for Chelsea Handler to do on her weekly Netflix show. But, on the December 1 episode titled “Dinner Party: Scandalous,” the Chelsea host may have sunk to a new personal low. She went after White House Press Secretary Sarah Huckabee Sanders in a crudely personal way. 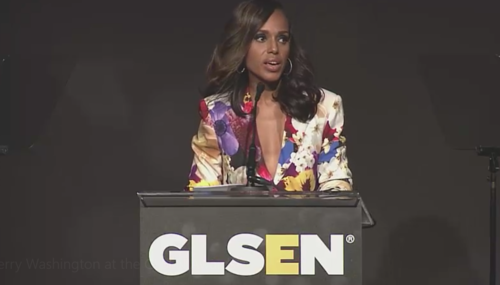 Kerry Washington: Trump Lit ‘The Flames of Terror and Exclusion'

Culture
Corinne Weaver
October 23rd, 2017 11:20 AM
Awards are no longer recognition for the work of an artist. They are an excuse to give celebrities a pulpit to preach from about how the peasants should live. 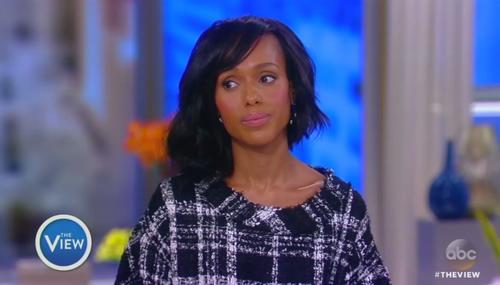 'View’: ‘Scandal’ An ‘Escape,’ ‘Privilege’ From ‘Stain of Our Country'

Kristine Marsh
October 5th, 2017 2:08 PM
Thursday on ABC’s The View, Scandal actress Kerry Washington appeared briefly to discuss the popular show’s final season. The show’s writers, along with Washington herself, have been outspoken critics of President Trump as well as advocates for abortion and Hillary Clinton. So the hosts were overjoyed with the opportunity to get their like-minded liberal guest to spout off on… 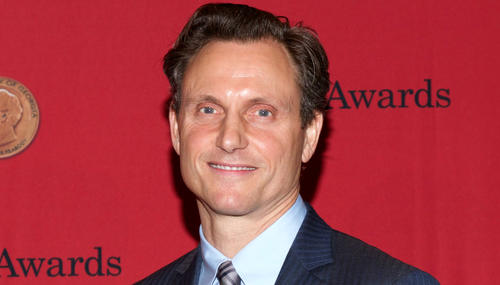 Culture
Katie Yoder
March 28th, 2017 12:46 PM
Abortion giant Planned Parenthood is a moral organization that saves lives, according to fans in Hollywood. And no, it’s not “speaking in opposites” day. On Sunday, Scandal star Tony Goldwyn publicized his support of America’s largest abortion provider. At Paleyfest, an entertainment media conference located in Los Angeles, Goldwyn wore a golden pin for “… 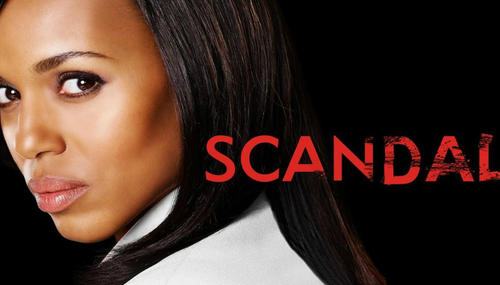 Culture
Katie Yoder
March 13th, 2017 2:46 PM
Scandal star Kerry Washington will help produce an upcoming film grappling with abortion – adding to her history of pushing the topic in Hollywood. On Thursday, The Hollywood Reporter broke the news that Washington will serve as co-producer for a Warner Brothers film adaptation of The Mothers, a New York Times best-seller by Brit Bennet. The star’s production company confirmed… 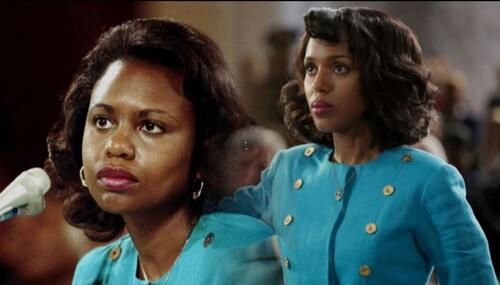 Brent Bozell and Tim Graham
April 23rd, 2016 7:57 AM
HBO should stand for History Bungling Office. Over and over again, they have abused their disclaimer that “This film is a fact-based dramatization.” They re-litigated Al Gore’s 2000  “victory” in Recount. They viciously cartooned Sarah Palin’s vice-presidential candidacy in Game Change. Now they’re smearing Clarence Thomas as a pervert and painting… 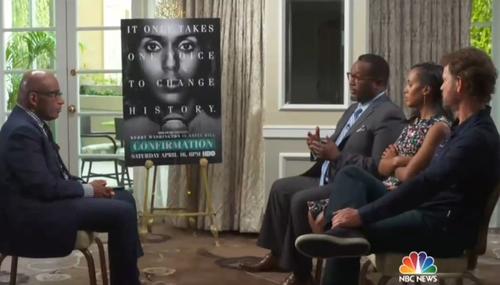 NBC Celebrates Anita Hill ‘Back in the Headlines’ With HBO Film

Kyle Drennen
April 12th, 2016 4:07 PM
In the sixth segment in less than two weeks promoting HBO’s movie rehash of the Clarence Thomas/Anita Hill hearings, on Tuesday’s NBC Today, weatherman Al Roker spoke to the stars of the film and proclaimed: “Supreme Court Justice Clarence Thomas and Anita Hill are back in the headlines thanks to Confirmation. It’s a dramatized version of the controversial Senate hearings… 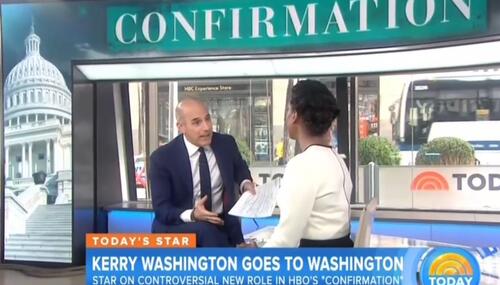 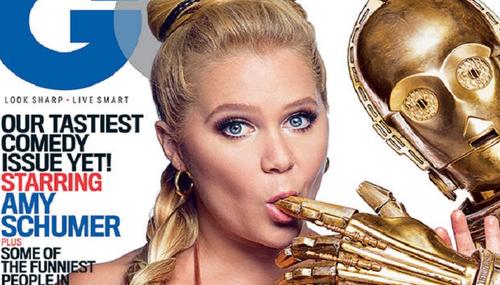 4 of This Year's Most Obnoxious Liberal Celebrities

Culture
Kristine Marsh
December 30th, 2015 10:28 AM
It’s a given that the majority of Hollywood’s top stars are outspoken liberals. But this year, a few celebrities in particular made the media go ga-ga (and conservatives groan) over their pushy politics and their perpetual time in the spotlight. 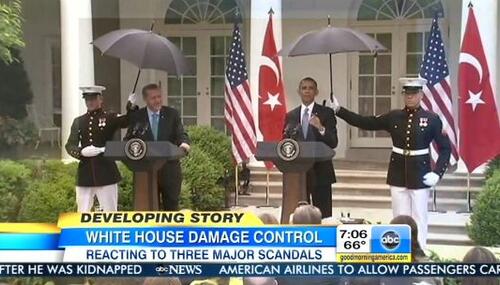 Brent Baker
May 16th, 2013 8:23 PM
The Hollywood Left just can’t resist shoving its anti-conservative invective into prime time TV shows, even an over-the-top, melodramatic soap-opera with ludicrous plots like ABC’s Washington, DC-set Scandal, which has its season finale at 10 PM EDT/PDT tonight. On last week’s episode, a lead character ominously warned that if the current Vice President, a conservative…