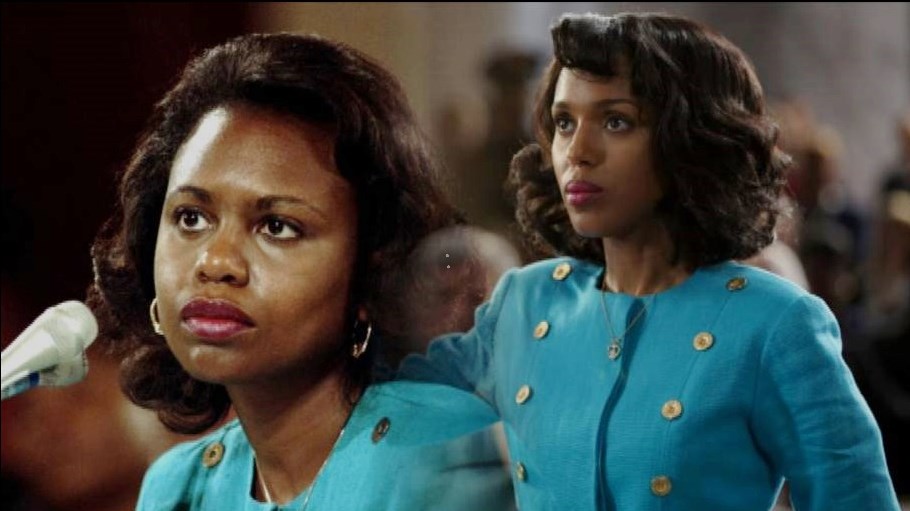 HBO should stand for History Bungling Office. Over and over again, they have abused their disclaimer that “This film is a fact-based dramatization.” They re-litigated Al Gore’s 2000  “victory” in Recount. They viciously cartooned Sarah Palin’s vice-presidential candidacy in Game Change. Now they’re smearing Clarence Thomas as a pervert and painting Anita Hill as a saint of sexual harassment in Confirmation.

The makers of this “fact-based” movie claim it’s balanced. Baloney. The advertisements give away the game. Over the face of actress (and executive producer) Kerry Washington playing St. Anita are the words “It only takes one voice to change history.”

This ignores the obvious: liberals lost the Thomas fight more dramatically than they lost the 2000 election. It wasn’t just that he won his confirmation. The American people didn’t believe Hill’s lurid and unsubstantiated tales of “Long Dong Silver” chatter. Even the CBS-New York Times poll found 58 percent believed Thomas, to only 24 percent for Hill. Only 26 percent of women believed Hill.

But HBO is rewriting history to make Hill’s unpersuasive smear a dramatic turning point of women’s rights. Cue the violins!

Early on in the movie, the Hill character is reluctant to testify, saying “When someone comes forward, the victim tends to become the villain.” That’s exactly what HBO is doing to Justice Thomas with this movie – villainizing the victim.

Appearing on Fox’s The Kelly File, screenwriter Susannah Grant claimed she had no idea who was telling the truth in the Hill-Thomas hearings. She insisted that the truth wasn’t really that interesting. “What I think is interesting about these hearings that they were a watershed event in our collective cultural history. They completely changed how we perceive and talk about women's rights in the workplace.”

Grant and HBO predictably ignore everything that’s happened in America since the Hill fiasco that ruins their leftist narrative. The film ends with the happy note that sexual-harassment complaints quickly doubled at the Equal Employment Opportunity Commission, the agency Thomas led in the Reagan years. The film doesn’t breathe a word about all the sexual harassment and rape charges against.... yup, Bill Clinton....and how Anita Hill came to Slick Willie’s defense in op-eds and TV interviews and shredded the consistency of feminism in the process.

HBO would never do a film about Paula Jones or Kathleen Willey or Juanita Broaddrick with the words over their face “It only takes one voice to change history.” Their experiences with Bill Clinton in the workplace or in hotel-room assaults could never make them feminist icons like Hill. Feminists put female accusers down when they question the behavior of “feminist” male politicians.

Why at this late date would HBO dredge this garbage up again? This is obviously an election-year ploy in a year with a female Democratic Party nominee. Liberals easily compare Hill and Hillary Clinton as misunderstood feminist heroines facing down abusive Republicans. Kerry Washington is a huge Hillary backer, posting gushy notes on her Instragram account when Mrs. Clinton appeared with her in Hollywood in February. “A good friend came by set today. Proud to say… #imwithher”.

When NBC surprisingly asked her if the film was propaganda, Washington shot back “I’ve always felt it's important for me to not hold back on my political beliefs because of what I do for a living. I don't think that I should have to be any less of an American because I’m an actor.” But Confirmation insists what Americans thought of the real Hill-Thomas hearings in 1991 is less worthy of consideration than Kerry Washington’s fictionalized history.