Chelsea Handler: Sarah Huckabee Sanders a 'Harlot,' 'Trolloped Out' With 'Summer Whore Lipstick All Over Her Face' 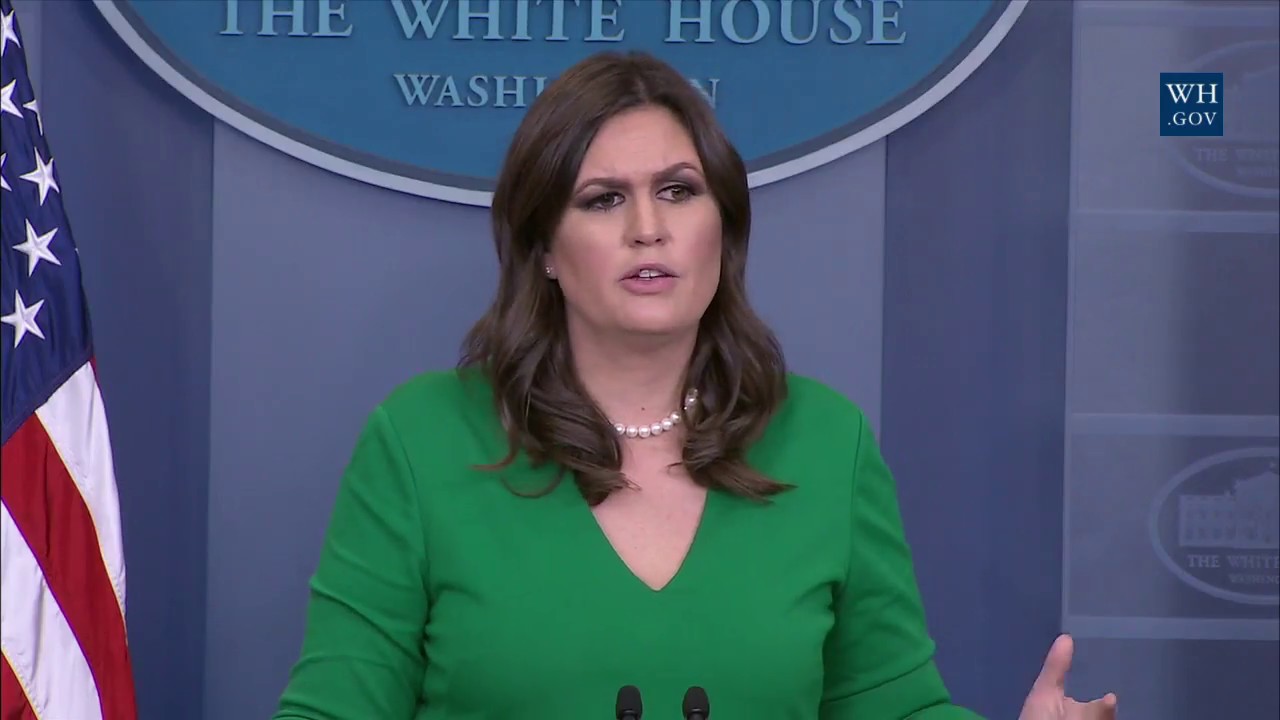 Pathetic. Taking the low road against conservatives and the Trump administration is nothing new for Chelsea Handler to do on her weekly Netflix show. But, on the December 1 episode titled “Dinner Party: Scandalous,” the Chelsea host may have sunk to a new personal low. She went after White House Press Secretary Sarah Huckabee Sanders in a crudely personal way.

As Chelsea interviews Clinton lawyer and crisis manager (a “fixer” like Olivia Pope in ABC's Scandal) Lanny Davis, the topic of alternative facts comes up. “When somebody from the Trump White House stands at the lectern and tells us that black is white---” Davis begins. Chelsea cuts him off with, “That harlot that they are dressing up and trolloping out every day? I mean, one day she has no makeup on at all, the next she’s got 6’ long eyelashes, cleavage, and summer whore lipstick all over her face. Can you believe what they’ve turned her into? A proper trollop.”

Davis continues on, “I’m referring to the fact that she tells me that something I see is dark blue is actually white. And sooner or later--- the press secretary who tried to do this too often, Sean Spicer, had to leave. Nobody believed him.” Pretty rich coming from a Clinton guy, huh?

Davis says, “I think Kellyanne Conway [Counselor to President Trump] basically was saying it’s okay to lie and we have an alternative universe of lies…”. Chelsea then chimes in with, “The mirror that Donald Trump is looking in before he presents his body to the world.” Davis continues by challenging Trump’s mental state, “I think he doesn’t know that he’s lying. It’s almost a mental problem with him, knowing the difference between lies and the truth.”

The episode also features a dinner party with the female stars of ABC’s Scandal. Show star Kerry Washington (Olivia Pope) suggested that Handler only invite the female stars and exclude the males. Of that idea, Handler says, “I should have thought of that.” Lefty hypocrite Chelsea Handler says to her guests, “There’s a movement happening because of this last election. There’s a movement happening of women coming together. And for me, that is a real reason to, like, keep that message. Loud and clear and sing it up.” Well, that’s quite an incoherent word salad from this one-sided feminist.

Of political spin, Scandal actress Bellamy Young (Mellie Grant) says, “It’s also hard now in America because news has become entertainment. Like, the news outlets keep getting bought by big corporations that want to get --- Viewers matter, ratings matter and all of the sound bites.” Kerry Washington chimes in saying, “As opposed to journalism.” Bellamy continues, “Which there is a huge war on journalism right now. So, 'spin' is a hard word nowadays for me. I search for truth. I don’t wanna hear someone’s lies about what’s happening. We have to show up for our world and I need to know what I’m reacting to. So, spin breaks my heart these days.”

Chelsea, of course, inserts politics with a specific reference. “When you watch stuff play out, say, in our, you know, political climate, do you recognize the patterns from doing a show like this?” Kerry says, “I can watch a segment on CNN and know whether they’ve hired Judy or not.” Judy Smith is the crisis management expert whose career is the basis of Scandal. Quite the dinner conversation, right?

In the bubble of Chelsea Handler’s life, she expects women to support other women but it turns out that support is only for other liberal women. You’d think Handler would be lifting Sarah Huckabee Sanders up with support for being the first working mom White House Press Secretary. Instead, Sanders is subjected to disgusting critiques on her personal appearance and presumed to be allowing herself to be “dressed up and trolloped out.” To paraphrase former Secretary of State Madeleine Albright, a liberal feminist favorite, there’s a special place in hell for women who don’t support other women.