Awards are no longer recognition for the work of an artist. They are an excuse to give celebrities a pulpit to preach from about how the peasants should live.

According to Entertainment Weekly, at the 2017 GLSEN Respect Awards, actress Kerry Washington (Scandal), in her acceptance speech for the Inspiration Award, told the audience, “Sometimes I feel as if we are living through a horrific dream.” She also admitted that she worries because the “White House ... literally preaches division and discrimination.” 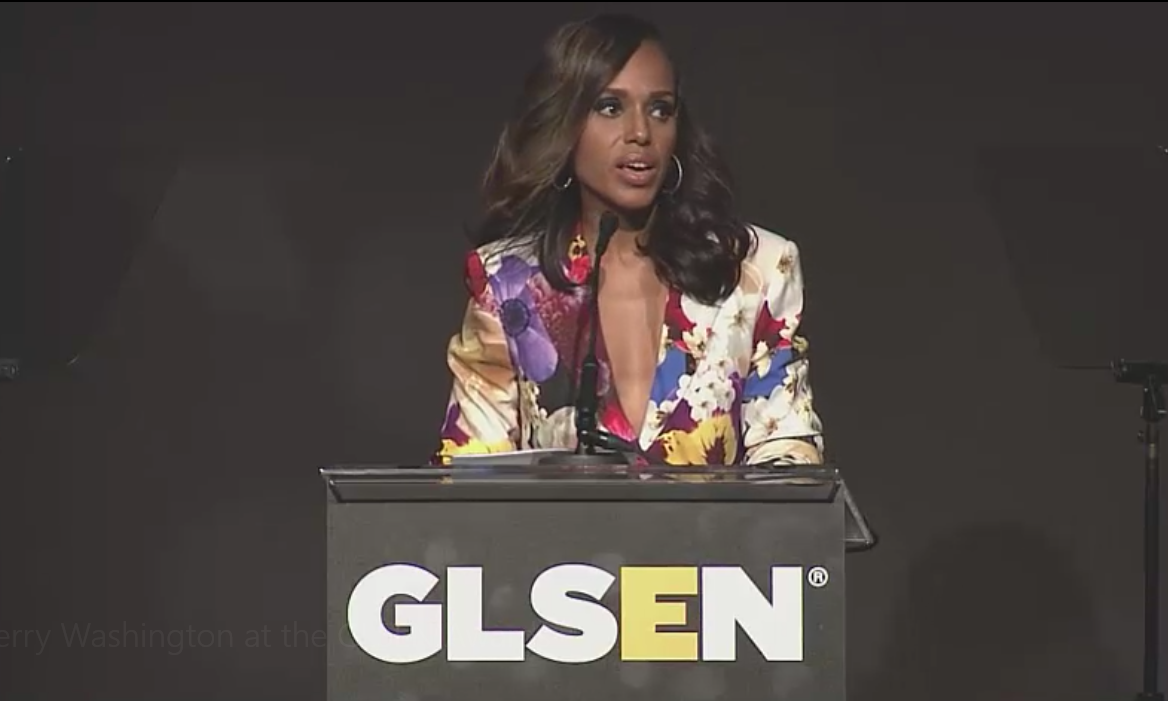 After thanking her colleagues and GLSEN, she said, “I didn’t know how much I needed tonight. You know, sometimes I feel as though we are living through a horrific dream. It is a communal nightmare. The flames of terror and exclusion are being ignited by some of our most powerful ‘leaders.’ These people, who have been entrusted with the protection of our rights, the rights of all of us, the rights of we the people, have chosen instead to traffic in hate. We’ve gone from a White House lit in all the colors of pride to a White House that literally preaches division and discrimination. And so sometimes I worry, because the stakes are high and fear is rampant. And with so many of us in so many disparate communities feeling more vulnerable than ever before, I’ve been thinking a lot about our young people.”

She went on to talk about how she found hope in the young people, telling the youth in the audience, “Don’t get it twisted: we don’t raise you. You raise us.” Someone needs to send her a copy of Lord of the Flies and set her straight on what happens when young people are allowed to run rampant.

Washington has been extremely outspoken about her disdain for the current administration, going so far as to use it as a marketing tool for her television show, Scandal. Only a few weeks ago on The View, she called her show “an escape” from the “stain of the country.” She has also been a pro-choice advocate, from starring in an episode where her character got an abortion (to the tune of ‘Silent Night’) to producing a pro-abortion film, The Mothers. Why is she talking about how proud she is of the youth? She promotes decimating their numbers on a regular basis!

Regardless, her sermon at the awards ceremony was well received, with Entertainment Weekly calling it “an inspiration and a call to arms.”