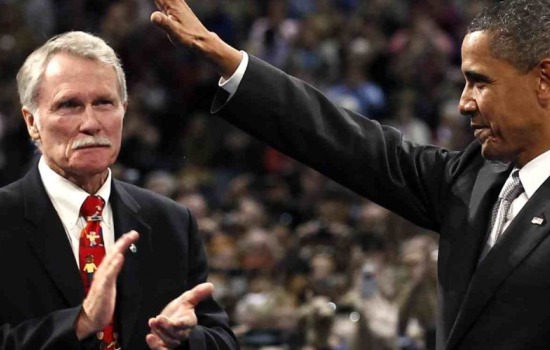 Bob McDonnell, Ex-Governor of Virginia, Is Sentenced to 2 Years for Corruption

All of this despite no evidence ever surfacing showing McDonnell delivered any government goodies in exchange for the personal goodies he received.

Of course you’ve heard of this - the national Media’s full-court-press-coverage made sure of it.  Because McDonnell is a Republican.

Heard of New Jersey Governor Chris Christie’s “Bridgegate?”  Of course you have - because he too is a Republican.

EXCLUSIVE: Chris Christie Was Interrogated By Feds Over Bridge Scandal

Panel: No Evidence Christie Knew About BridgeGate, But Questions Remain

Like that little knife twist at the end?  “There’s absolutely no proof (darn it) - but we’ll pretend it’s still not over.”

Heard of Oregon’s resigned-in-disgrace ex-Governor John Kitzhaber?  Still enwrapped in the many tentacles of his still-unraveling scandal?  Not so much - because he is a Democrat.

Of course the Majors did the bare minimum.

See what Politico did there?  This is really a scandal for conservatives - who oppose the “clean” “energy” corruption that brought down Kitzhaber.

Of course “green “energy” isn’t clean - in any sense of the word.

It is prohibitively expensive - and actually worse for the environment than the cost-effective actual energy sources the Left demonizes and wishes to eradicate.

And with hundreds of billions of government dollars sluicing around - “green” “energy” is corrupt on stilts.  At all levels of government.

Some Compelling Evidence that 'Green Energy' is All About Crony Capitalism

Want to find out about Kitzhaber’s “green” “energy” nightmare mess?  Don’t look to the Majors.

Of course, the Majors went out of their way to downplay the entire ongoing, rolling Democrat disaster.

There is a whole lot of Oregon-Washington, D.C. hybrid (see what I did there?) corruption still hanging out there - the “green” mess and the Cover Oregon cronyism-riddled uber-failure.  With questions aplenty still unanswered.

But you won’t learn of any of it from the Majors.

Does any of that matter to the Jurassic Press?

Scandals Show the Difference Between Democrats and Republicans