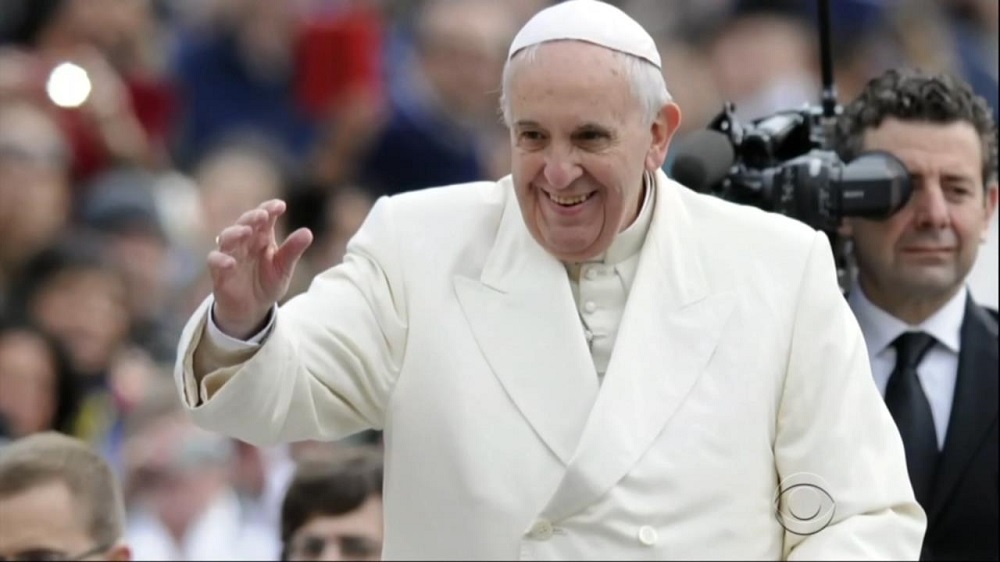 The Daily Beast's Jay Michaelson warned his left-wing fellow-travelers in a Tuesday item that Pope Francis "does not intend to change fundamental Catholic doctrine" on human sexuality. His evidence: the Bishop of Rome spoke at a "bizarre" (in his words) conference where "a who's who of theological conservatives from a breadth of Western religious traditions" gathered to discuss traditional marriage.

Michaelson, a homosexual activist and visiting scholar at Brown University, led his article, "Is Pope Francis Backpedaling on Gays?," by underlining that the Pope "may well transform the Catholic Church, and has already gained unprecedented popularity as the reformer we've all been waiting for." He continued with his "does not intend to change fundamental Catholic doctrine" statement about the Argentinian pontiff, and explained the aim of the conference for his left-leaning readers:

The event in question is "The Complementarity of Man and Woman: An International Colloquium," an interreligious symposium presented by some of the Vatican's most conservative voices. To understand the significance of Pope Francis's remarks at this bizarre event, it's necessary to back up a bit.

You may have noticed that roughly 100 percent of higher animals reproduce sexually, requiring a male and female partner to do so. This is the core of "complementarity," and it would not seem to require an international colloquium to explain.

Complementarity as conservative Catholics use the term, however, is more than biology. It stands for the proposition that the biological basis of procreation should also be the sole organizing principle of society. Only mating pairs constitute a family, and any configuration that is not a mating pair—divorced people, gay people, single people—are not to be legitimized. Otherwise, society will collapse.

I am not exaggerating this position.

Complementarity also means, of course, than men and women are fundamentally different....The idea of complementarity is an essential part of Natural Law, the Catholic Church's quasi-secular-but-not-really philosophy that everything in the world has its "natural" role, which is good, and its "unnatural" perversions, which are bad....In fact, St. Thomas Aquinas, the most important Catholic Natural Law thinker, called any "misuse" of sensual pleasures luxuria—not just luxury in the contemporary sense, but decadent luxury, pleasure beyond purpose. Evil.

The Daily Beast writer then asserted that this natural law view "matters...because the Catholic Church is a multi-billion dollar international organization with 1.2 billion adherents...The Economist has calculated that it spends $170 billion annually in the United States alone. A great deal of that money goes to imposing its view of Natural Law on the rest of us, spending billions to restrict abortion and contraception, and fight any recognition of same-sex ("unnatural") couples." He added, "Now, wasn't Pope Francis going to change all that? No. Never."

Of course, Michaelson glosses over the fact that over half of that total that The Economist calculated – $98.6 billion in 2012 – was spent on providing health care. Another $48.8 billion was spent on Catholic higher education.

The Ivy League academic spent the bulk of the rest of his write-up hyping "powerful conservative forces within the Catholic Church:"

...[T]his week's colloquium [is] presented by the Congregation for the Doctrine of the Faith—originally known (until 1908) as the "Supreme Sacred Congregation of the Roman and Universal Inquisition." Yes, that Inquisition.

The CDF has, for five centuries, been a bastion of Catholic conservatism, and today is no exception. It was headed for 20 years by Joseph Ratzinger (later Pope Benedict XVI), who produced such gems as labeling gay people "intrinsically disordered." Now its prefect is Cardinal Gerhard Müller, who led the opposition to any softening of the church's stance against divorcees at last month's synod of bishops, and who has gone after American nuns for being too feminist and spending too much time fighting poverty instead of opposing gay marriage. And let's not even talk about gay people.

So, while the Colloquium is presented as a neutral, and interreligious, conference on the beauty of traditional marriage, its significance is anything but anodyne...its real-world impact would be to deny secular legal status to anyone who does not fit is conception of "complementarity."...As in Jerusalem, where opposition to a gay pride march united Jewish, Catholic, Orthodox, and Muslim conservatives, "complementarity" has the power to bring people together.

But don't be misled. "Complementarity," like "family values," "religious liberty," and "traditional marriage" is a term defined by what it opposes—non-procreative sex, same-sex unions, contraception, and usually (though not always) feminism....there are powerful conservative forces within the Catholic Church and beyond it. And for every encomium to the harmonious, procreative union of male and female, there is a trampling of everyone else.

Michaelson also excerpted some of the Pope's remarks at the conference, and speculated about his "ambiguous words," as he put it: "Perhaps the Pope is telling his conservative base what they don’t want to hear, in the guise of telling them what they do. Perhaps, as one cardinal recently complained, the chaos is the plan. Or perhaps Pope Francis is not the pope of progressives' fantasies after all."

The columnist took a cheap shot a longtime boogeyman of the social left earlier in his item. After asserting that Pope Francis's often-spun "who am I to judge?" remark is a "significant evolution" for the Catholic Church, Michaelson recalled how "many gay people who were thrown out of their churches, and those of us who were around in the 1980s remember how Cardinal John O'Connor and others blamed gays for AIDS and refused to help New Yorkers dying from the plague." The writer is simply regurgitating a falsehood about Cardinal O'Connor. In reality, the now-deceased archbishop of New York City was known for visiting AIDS patients at Catholic hospitals.

Earlier in 2014, Michaelson targeted an evangelical Christian group for their apparent involvement in "some of the meanest homophobia-for-export in Africa." The left-wing activist did little to hide his contempt for orthodox/traditional Christians in general, and decried a "vast right-wing conspiracy to export homophobia to Africa and fight the culture wars on potentially winning...turf."