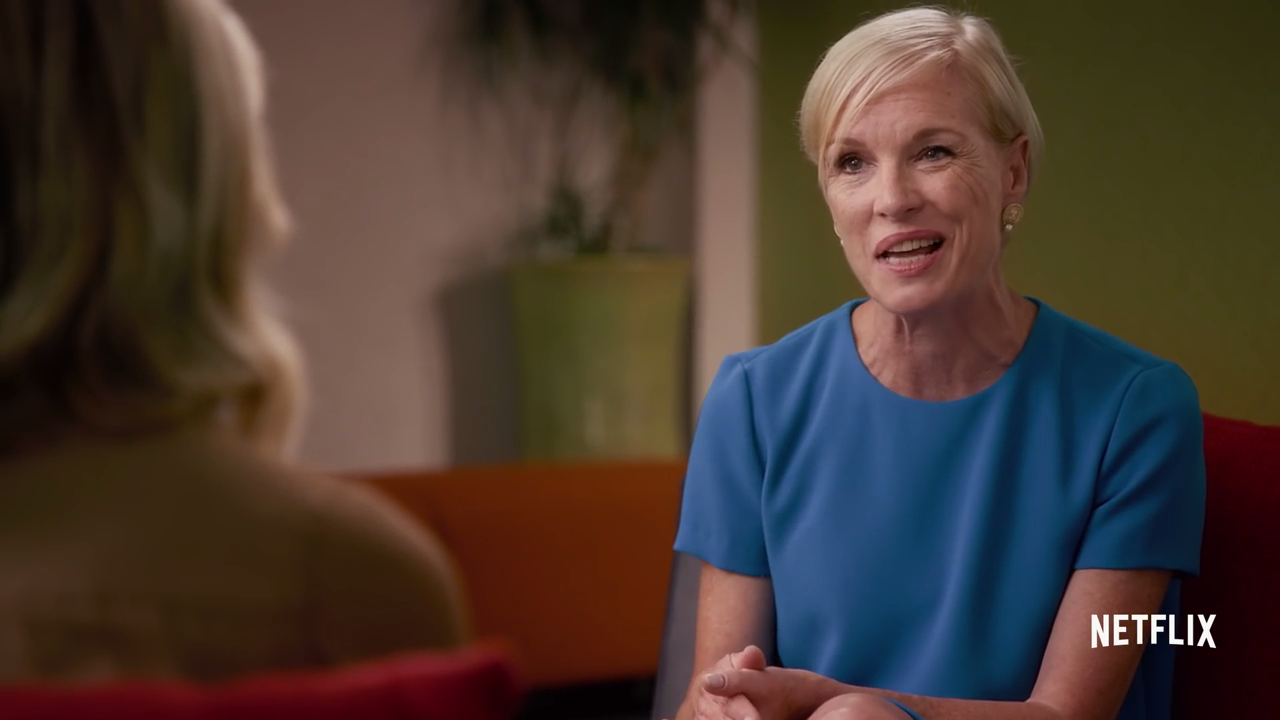 A recent episode of Netflix’s Chelsea, “I Was a Ticking Time Bomb,” turned into a mini abortion rally and Planned Parenthood commercial.

Extreme left-wing feminist Gloria Steinem was on the show to promote her book My Life on the Road, which she dedicated to her illegal abortionist. The story of Steinem’s illegal abortion in the 1960s made fellow guest Sarah Silverman cry, presumably not for the innocent life that was snuffed out.

Then Planned Parenthood President Cecile Richards was on singing the praises of women telling their personal stories of abortion. She wants the “stigma and shame” to be removed from abortion and thanked Chelsea for sharing the story of her abortions. Richards said women must “tell people what is at stake” because abortion is too important of a decision for the government to make. What? Didn’t that ship sail with the decision of Roe v. Wade by a liberal Supreme Court?

Richards brought out the standard rhetoric of the pro-abortion crowd – 1 in 3 women get an abortion during their reproductive years, which is a severely outdated statistic. Surprisingly she didn’t trot out the discredited “only 3% of what Planned Parenthood does is abortion,” and instead highlighted that they provide abortion services, saying, “We’re proud of that as well.”

Declaring the main focus of Planned Parenthood Action Fund to be “getting Hillary Clinton elected,” Richards says she’s hopeful because “young people are so progressive” today. But Richards has her work cut out for her – recent polling shows young American women are more pro-life than pro-abortion.

Since 2009, overall the majority of Americans have been pro-life, not pro-abortion. And Planned Parenthood has been in the headlines for selling dead baby parts, not for giving basic well-women exams. As a result, Planned Parenthood support has gone way down – from 82% favorability in 1989, to 55% in 2012, to 43% last September. No wonder Richards is desperate enough to waste her time on a terrible show like Chelsea.