Pop sweetheart Miley Cyrus’ new video for her song “Mother’s Daughter” is intended to be a new age anthem of female expression and freedom. Is it any wonder that it comes off as completely unnerving and a little hellish? 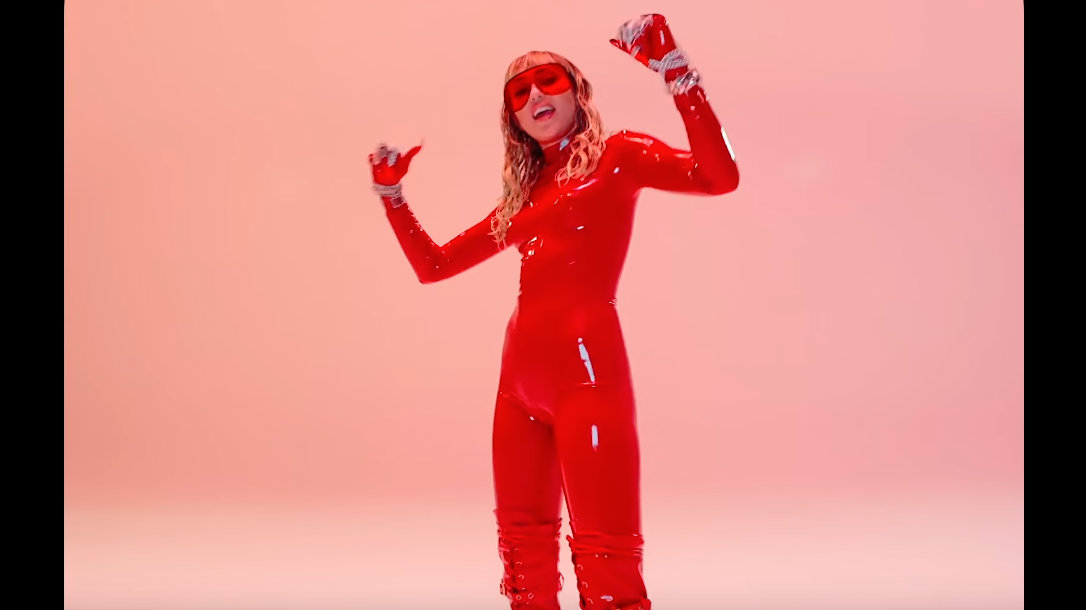 The chorus line about sums it up: “So-so, so don't fuck with my freedom, I came back to get me some. I'm nasty, I'm evil. Must be something in the water or that I'm my mother's daughter.”

Granted, it’s no thesis, but rather an “F you” to viewers who aren’t completely in love with this trendy brand of anarcho-feminism. The sexuality is unrestrained throughout the rest of the video. Quotes flash across the screen such as “Every woman is a riot,” and the patriarchy-bashing “Virginity is a social construct.”

It’s worth noting also that the line “Don’t fuck with my freedom,” is also the tagline for her recent cake-devouring Planned Parenthood fundraiser.

In early June, Cyrus announced a partnership with designer Marc Jacobs to sell pro-abortion sweatshirts printed with that line. The proceeds from the sales were given to Planned Parenthood.

Speaking of virginity, mixed in with all the depravity is a woman crowned with gold roses, nursing a child in what’s clearly a depiction of the Virgin Mary. It’s unclear what exactly the producers were going for, though it seems that the point is Mary’s standard of womanhood is no greater than that of the transgenders and sexually-liberated woman in the following shots. It’s grotesque.

Trans women and drag queens flash on screen with body paint that reads, “My body, my rules,” and “I am free.”

Adding to the absurdity, an obese woman is glorified in a pose reminiscent of classical art and wheelchair bound, trans “model” Aaron Philip is shown for extra inclusivity. The music video ends with Miley sitting next to her mother Tish Cyrus, as if to say, “I was raised this way. Take it or leave it.”