Lady Gaga started off her new Las Vegas residency, dubbed “Enigma,” with a political bang. The famous avant-garde singer, now A-list actress, took time out of her Saturday show to blast Vice President Mike Pence as a “disgrace” to his Christianity, and complained to the crowd about the “fucking president” not getting the government back up and running. 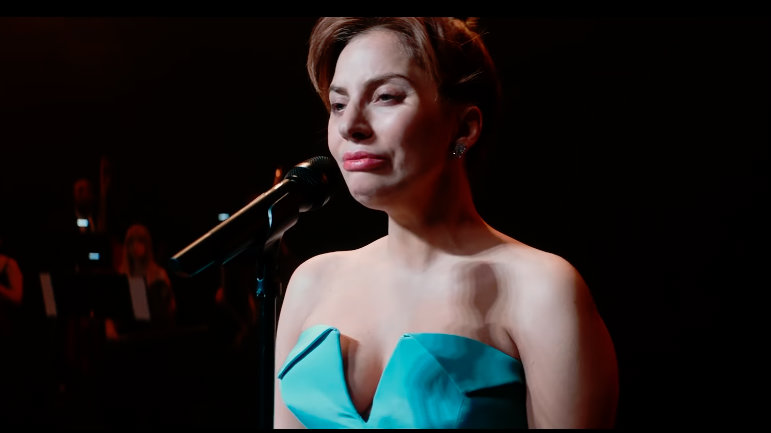 For an artist who spent the better part of a decade trying to be as unique as possible, she sure has ended up the same way as the rest of her colleagues: as a sour, angry, liberal.

In a particularly melodramatic and cringeworthy moment, the A Star is Born actress and “Poker Face” singer used some sappy piano ballad as a vehicle to vent her political frustrations, going after Trump. The crowd ate it up.

Gaga, dressed like a mermaid, began, “And if the fucking president of the United States could please put our government back in business … There are people who live paycheck to paycheck and need their money.” None of them were in attendance, of course. According to Ticketmaster, you need $521 to score a standing room only tickets, while actual seats range well into the thousands.

The musician’s diatribe was received by lavish applause, and she continued, choosing Vice President Mike Pence as the target for the rest of her political ire. Gesticulating wildly and echoing the same hamfisted perspective that Huffpo used in slamming Karen Pence as a “Homophobe” last week, Gaga called the vice president the “worst representation” of Christianity.

She claimed, “And to Mike Pence, who thinks it’s acceptable that his wife works at a school that bans LGBTQ, you are wrong. [Cue another ridiculous ovation] You said we should not discriminate against Christianity. You are the worst representation of what it means to be Christian.”

The self-declared arbiter of Christianity reflected on her own faith, of course finding nothing wrong with her way of living the Gospel. She asserted, “I am a Christian woman, and what I do know about Christianity is that we bear no prejudice and everyone’s welcome.” (except the Pences.)

“So you can take all that disgrace Mr. Pence and you can look yourself in the mirror and you’ll find it right there.”

Since she’s a longtime LGBTQ advocate, hating Pence makes sense. The sad thing is that her deluded opinions are amplified by her pop star status — even more so now because she has become an A-list actress. Still there’s hope that, as with most of these Hollywood types, many people are starting to see them as preening windbags whose “Christian” goodwill only extends to those to kiss their butts or spoon feed them the political worldview that they’re most comfortable with.