Since it’s the Thanksgiving season and we are practically at our wit’s end with the liberal garbage that pop culture constantly feeds us — particularly on mainstream television — it’s nice to take the time and sit back in gratitude for those rare fleeting moments where the showbiz industry shows some sense and appreciation for wholesome, traditional values.

Here are five moments from the Fall 2018 television season that reminded us that there still might be some good in the world. 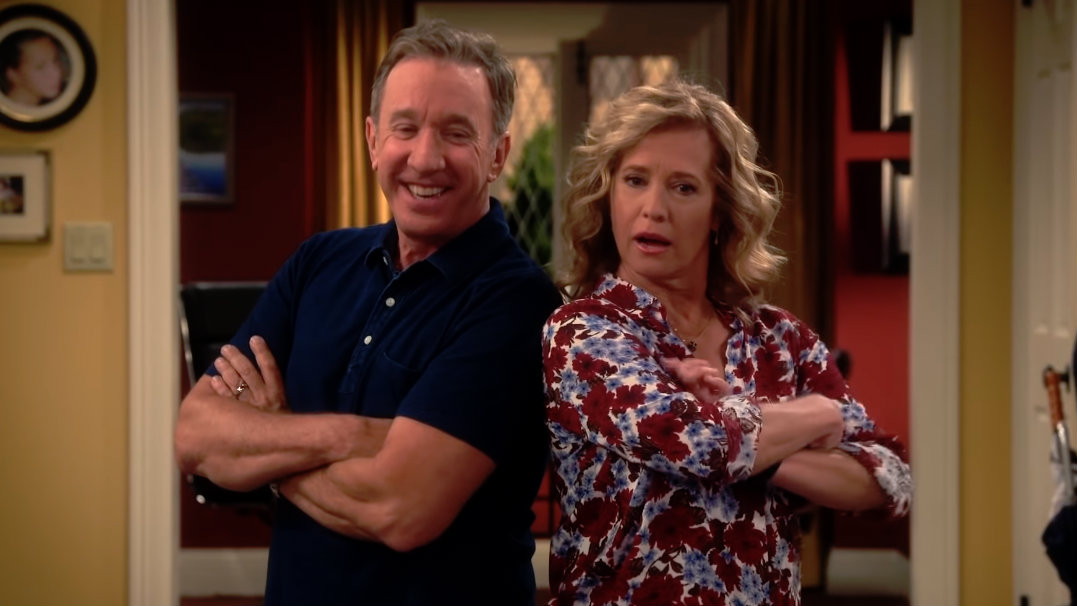 Conservatives know that it’s almost impossible to sit through a Hollywood awards show these days without feeling frustration at their pervasive inclusion of unAmerican-isms and lefty talking points. Whether it’s outright hatred for Trump administration’s policies, (like rapper Logic’s ostentatious immigration law protest,) the countless condescending diversity lectures, or yelling at conservatives to promote gun-control legislation (think of the children!) it can be downright painful.

That’s why this Fall’s Country Music Awards was such a breath of fresh air. Not only did it refrain from trying to trigger half the country with its politics, it also took time to show gratitude to veterans and active-duty troops and at one point paused for a respectful moment of silence for victims of the recent Thousand Oaks, California shooting. And this was all done without having to knock pro-second amendment Americans.

Thanksgiving nowadays — like Columbus Day — often gets embroiled in controversy among the more woke community. For progressives the whole idea of that first Thanksgiving, where the rapist white slavers broke bread with the oppressed and now-culturally appropriated indigenous people, fills them with self-righteous indignation.

But Roseanne spinoff, The Connor’s (which many of us thought would swing all the way left in response to Roseanne Barr’s firing) actually divorced from the narrative that anything Americans have shared or borrowed from other cultures represents that original, centuries-old colonial theft. In the Halloween episode, Darlene Connor and her son are told by the school’s principal that he is not allowed to dress as Frida Kahlo, as it falls under “cultural appropriation,” but Darlene fires back with a refreshingly sensible response. “No, it’s cultural appreciation,” she says. “He loves Frida Kahlo.”

Fox’s The Gifted, a superhero drama based on the X-Men comics hasn’t really played it straight or impartial with politics this season. For example, season two opened with sequences of traumatic police raids on innocent people in a clear attempt to slander ICE and other law enforcement agencies. Series creator Matt Nix also declared that this season would try to stay relevant in regards to America’s current “political turmoil.”

For audiences expecting moment after moment of lefty narratives and hatred for conservative principles, it was certainly a surprise to see a heartwarming pro-life moment thrown into the mix. During the October 16th episode, one of the show’s protagonists, Caitlin, experiences a flashback of her undergoing a life-threatening pregnancy. The doctor tells Caitlin, “I’m afraid we don’t have many options besides … termination.” Caitlin ultimately responds with, “I have already decided. I am not giving up our son. He’s gonna make it, and he’s going to be amazing.” It turns out that Caitlin was right.

Last Man Standing was a show that, despite its popularity, was cancelled by ABC (over what many think to be for political reasons) and eventually resurrected by Fox in 2018. The sitcom follows a conservative, all-American father, Mike Baxter (played by Tim Allen,) as he raises his family. Part of the charm of Allen’s depiction is his biting right-wing commentary on social issues, and him trying to instill in his kids traditional values that he gives with a charming dose of political incorrectness.

That’s the reason why many people think that ABC pulled the plug on the sitcom. But Fox, acknowledging the show’s undeniable popularity, decided to give it another go and reboot the series for its seventh season. The show’s writers threw a subtle nod to the smart move and the fans who made it all possible, having Allen’s character reference the “loyal, kickass fans” that made it possible to get one of his favorite sitcoms back up and running. The whole thing was a victory for conservative representation in the media.

One of CBS’s most popular shows, Young Sheldon often uses the titular character’s aptitude for science and other brainy subject matter to skewer all sorts of traditional values that current liberals see as played out. There was a whole episode in which a skeptical Sheldon goes on a blistering critique of organized religion (by blistering, I mean the typical liberal misinterpretation of and subsequent making fun of religion.) And although Sheldon is a know-it-all who considers all others around him to be incompetent most of the time, one bright spot in the series’ writing had him putting away his elitist values and taking stock in the wise words of his working class father.

After a particularly hard day at his paper route, Sheldon comes home and takes his frustrations out on his family. After going to his room, his father George decides to forego punishing the boy and teaches him that it’s the true character of man to take the stresses of the day in stride and not to take it out on others. That it requires patience. Sheldon is moved by the lesson and thanks his father in a heartwarming moment. It reminds us that sometimes postmodernism and liberal elitism just can’t beat humble homegrown values, not to mention that it combats the sitcom trope that the dad is a bumbling comic relief sort of character.