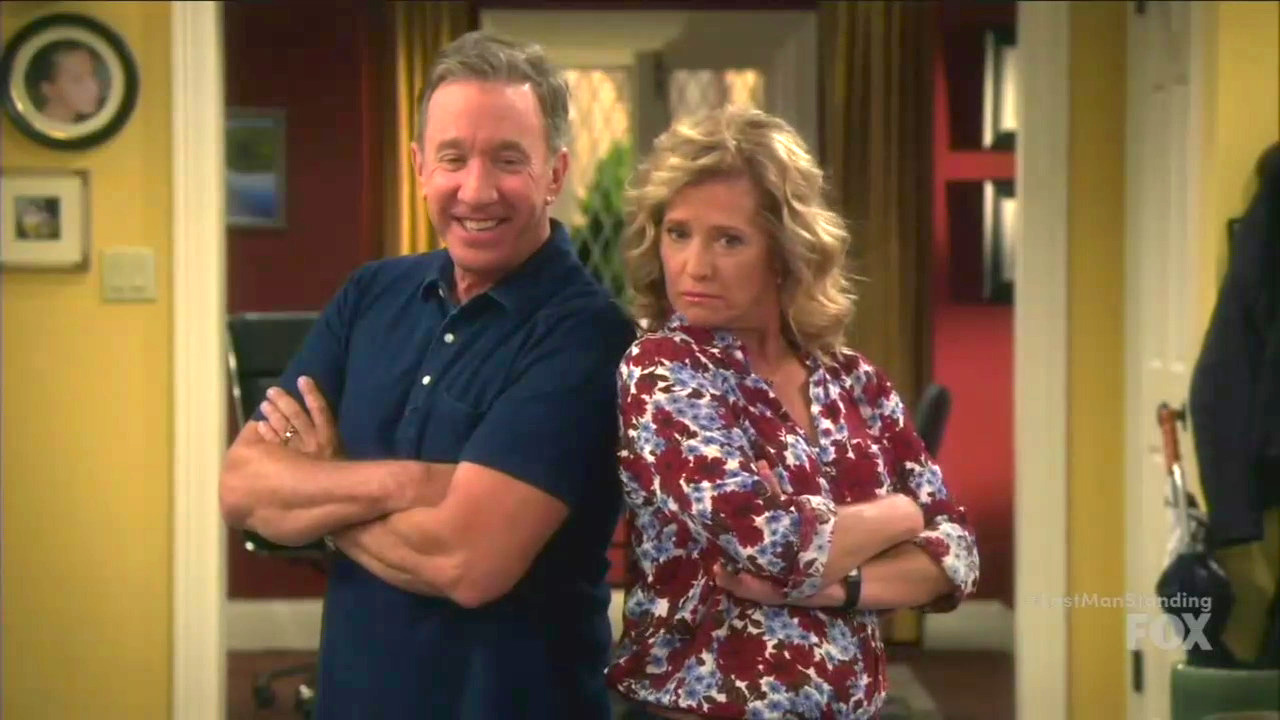 Many conservatives have been amped up for the return of what seems to be the last politically sensible show on the planet -- Last Man Standing. As you probably know, the show was infamously canceled at ABC despite its high ratings and popularity. The beauty of the free market, however, is that what ABC was willing to sacrifice in revenue in what many felt was a political move (despite claims to the contrary by ABC executives), Fox was able to pick up.

Kyle: I'm-I'm trying to DVR my favorite show, but it's not on.

Vanessa: Oh, well, maybe it got canceled. You know, the TV business can be a heartless bastard.

Kyle: Canceled? Why would they cancel a popular show that everybody loves?

Mike: Maybe they're a bunch of idiots. -Just try another channel.

Vanessa: Oh, Mike. They don't just take a show off one network -and put it on a different network.
Kyle: Hey, there it is. You were right, Mr. B.

Mike: Am I wrong or is it, like, way better -on this network?

Mike: Well, it's pretty rare. Show must have a lot of loyal, kick-ass fans, huh?

Fans of Last Man Standing have long loved the show for its willingness to stand alone on the right side of the aisle, while still fairly displaying opposing views and not entirely suppressing them--a rare commodity in modern entertainment. In each episode we get to watch occasional discussions and tips to hot political topics, however this episode was centered around politics even more--and it perfectly captured the current political climate.

The whole episode focuses on the divide in America, and even in our own homes, over the current administration. As usual, the family is split over the issue--and fans on the show can guess who's on which side. Most obviously affected is Mike’s liberal son-in-law Ryan. Eve asks, "How’s he adapting to the new and improved America?" "Watches TV all day and he screams into a pillow," is Mike's response.

Ryan, a vegan, is so devastated he is suddenly allowing his son to eat fried chicken because “Why eat healthy? The whole country’s going to hell.”

Mike: You fried a chicken?

Boyd: Yeah. I get to eat an animal, -and it's not even Christmas.

Mike: Oh, God, you are in deep. What happened to that whole thing about, "Chickens are people, too"?

Ryan: Don't start with me right now, okay? I'm not in the mood.

Mike: You don't have to be in the mood. Just listen. Or we can watch TV.

Ryan: How can you not watch TV when the whole world is going nuts? See, look, another breaking news alert!

Mike: It’s almost like they’re deliberately forcing us to stay glued to our tvs.

Ryan: I mean, how is it that one person can create such a mess?

Mike: Well, a lot of people didn’t like the last 8 years.

Ryan: Ok, but it is way worse now and this is the world that my son is going to have to grow up in.

Mike: Not if you keep giving him fried chicken.

Mike: Just... Come on, come on, come on. I have daughter and a grandson that need you to think less about this and more about them.

Ryan: I think about them.

Ryan: Yes, I do, which is what drives me crazy, because there's nothing I can do about it.

Mike: 'Cause you can't change the world. But there are certain small things you can do to control your own life, like this. Give me this. Watch this. Look, watch. Oh!

Mike gets Ryan to finally get out of his funk. The issue comes to a head when Ryan threatens to move to Canada with Kristin and Boyd—but, unlike all of the celebrities who never made good on their promise, he’ll actually do it because he was born there. The whole family chooses sides leading to a heated argument. This prompts Vanessa to institute a temporary ban on talking politics in the house.

Eve: Wow, typical Ryan. Loses the election and whines his way all the way back to his poutine-loving safe space.

Eve: Whoa. Since when did you get all woke? Until last year you thought the Presidential Seal was an actual seal.

Mandy: Hey, I didn't ask to be socially aware. The news has seeped into all my social media platforms-- Twitter, Instagram, Peepers, flom-flom...

Eve: All right, look, I swore an oath to defend this nation, and if Ryan is so unhappy here, I say good riddance.

Kyle: Eve has a point.

Mandy: Just because someone's unhappy with how things are doesn't mean they're not patriotic. Our forefathers-- or maybe there were five-- anyway, they all wanted us to express our opinions.

Eve: And I'll express my opinion. The election's over, my friend.

Mandy: Which election, the popular vote or the electric college?

Kyle: You know, they say -there's two sides to every argument.

Mandy: But you're my husband, so you're on my side, right, babe?

Mandy: No, he agrees with me.

Kyle: Can't I just be in the middle?
Both: There is no middle anymore!

Mike: Guys, guys, you got to stop arguing about this stuff. Y-you're so loud we can't even argue.

Mandy: She's being a right-wing idiot.

Eve: Electric college? Are you actually dumb? -I'm sorry, do you know... -Did you hear what I said?

Vanessa: Girls. Girls! For the rest of Eve's visit, there will be no more political discussion.

Mike: Perfect. Until you leave, Eve, nobody talks politics but me.

Vanessa: Not you, either.

Mike: What happened to free speech? When did we turn into UC Berkeley?

Despite the ban on political discussion, the tension between the family remains high--until Boyd goes missing. At this point, the whole family comes together and realizes how important it is not only to respect each other despite their differences but to have an open discussion about them--a lesson that we could all learn from in today’s tense political climate.

As Mike points out, its possible to dislike someone’s opinions and even voice your disagreement without disliking the person themselves--something the left has seemed to struggle grasping. “Not communicating seems to be the weapon of choice right now. We unfriend, unlike, and unfollow instead of trying to understand each other.” Perhaps if we had more heartwarming shows like this one, and more open discussions about politics rather than silencing each other, it would be an easier concept to understand.

That’s enough to easily rank as the top-rated show on Friday night — including beating rival ABC, which canceled Last Man Standing after six seasons last year despite the show’s pretty decent viewership. In fact, this was Fox’s most-watched comedy on any night in nearly seven years. ...

The ratings follow up on another political skewing sitcom returning to TV — albeit after a much longer hiatus — CBS’ Murphy Brown, which disappointed Thursday night by ranking as the network’s lowest-rated comedy and falling from its lead-in with only a 1.1 rating.