Liberal Utopia Imagined Through Students in New Season of 'Degrassi: Next Class' 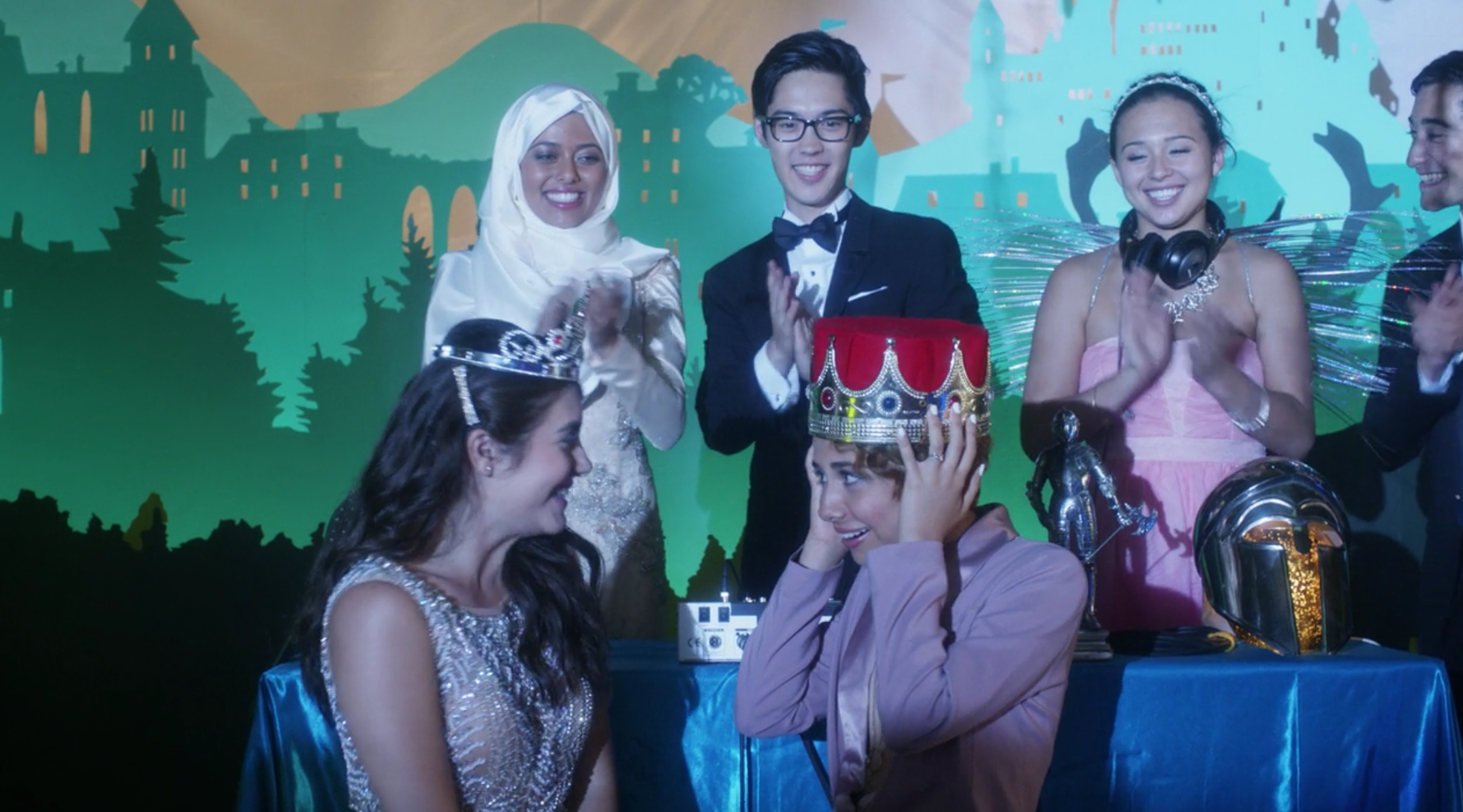 The latest season of Netflix’s Canadian teen drama, Degrassi: Next Class, perfectly captures the left’s social agenda for 2017. The show’s fourth season, which was released July 7, features a character to represent every social issue liberals obsess over. More than half of the characters on the show are queer and/or non-monogamous, and the liberal propaganda in the show ranges from Syrian refugees (one of whom is a lesbian, natch), to a gender non-conforming girl, to lesbian prom queens, to three students participating in a polyamorous relationship.

In episode six, ironically titled “#FactsOnly,” Yael (Jamie Bloch) decides that she doesn’t feel like either gender, and her friend Lola (Amanda Arcuri) (who was celebrated for her abortion last season) tells her that “being a boy or girl is made up.” Lola opens Yael’s eyes to the idea of gender fluidity.

A few episodes later, Yael reveals her new pronouns: “they” and “them.” In classic liberal fashion, the show rebukes Yael’s boyfriend, Hunter, for not accepting his girlfriend’s transformation. Despite his assertion that he’s attracted to girls, his friends insist that shouldn’t change how he sees “them.” Hunter is told, “Yael is still the same person on the inside. And if you loved that person before, why can’t you love them now?” Maybe because that person is now claiming to be a completely different person? Yael is allowed to decide that “they” are not a boy or girl, but it’s absurd for Hunter, a straight male, to decide he's not attracted to someone who claims to not be a girl and has no gender?

Yet later, when Hunter exclaims that Yael’s decision is not normal, “they” responds, “There is no normal! And I’m not the problem, you are!” While the two stay broken up, Hunter eventually comes around to calling Yael by “their” preferred pronouns.

Another theme of the season is the plight of Muslims at Degrassi Community School. In the show’s eyes, pretty much every white person is an Islamophobe, especially after the terrorist attack in Belgium. One Muslim student, Goldi, has her hijab ripped off by some white men on her way home after the attack. Liberals would love if absurd incidents like that actually occurred in real life, but they keep turning out to be hoaxes, so they decided to push the narrative anyway by making it happen in the show. As a result, Goldi starts a Muslim Students Association to help the other Muslim students and Syrian refugees who feel isolated at the school. However, a Syrian refugee, Saad (Parham Rownaghi) gets upset that the students care more about terrorist attacks in places like Belgium, Paris, and America, than they do about the terrorist attacks happening in the Middle East.

Additionally, in Degrassi’s efforts to normalize every type of irregular sexual orientation that exists, the show features a polyamorous relationship between one guy and two girls. Not a single character expresses any confusion at the newfound relationship between Zig, Esme, and Frankie. In fact, the relationship is viewed as so normal to everyone that one of Frankie’s friends casually asks her, “Trouble in poly-paradise?” after a scuffle between her and her boyfriend and girlfriend. After the relationship falls apart and Frankie searches for a new significant other, her friends even suggest other couples that she could join.

The season includes a few other brief liberal service announcements, like when one student expresses annoyance that women have to shave and men don’t. Additionally, after Esme gets in trouble for posing topless for an art class, she complains that both men and women should be able to go completely topless. Multiple scenes throughout the season contain the school’s safe space in the background. 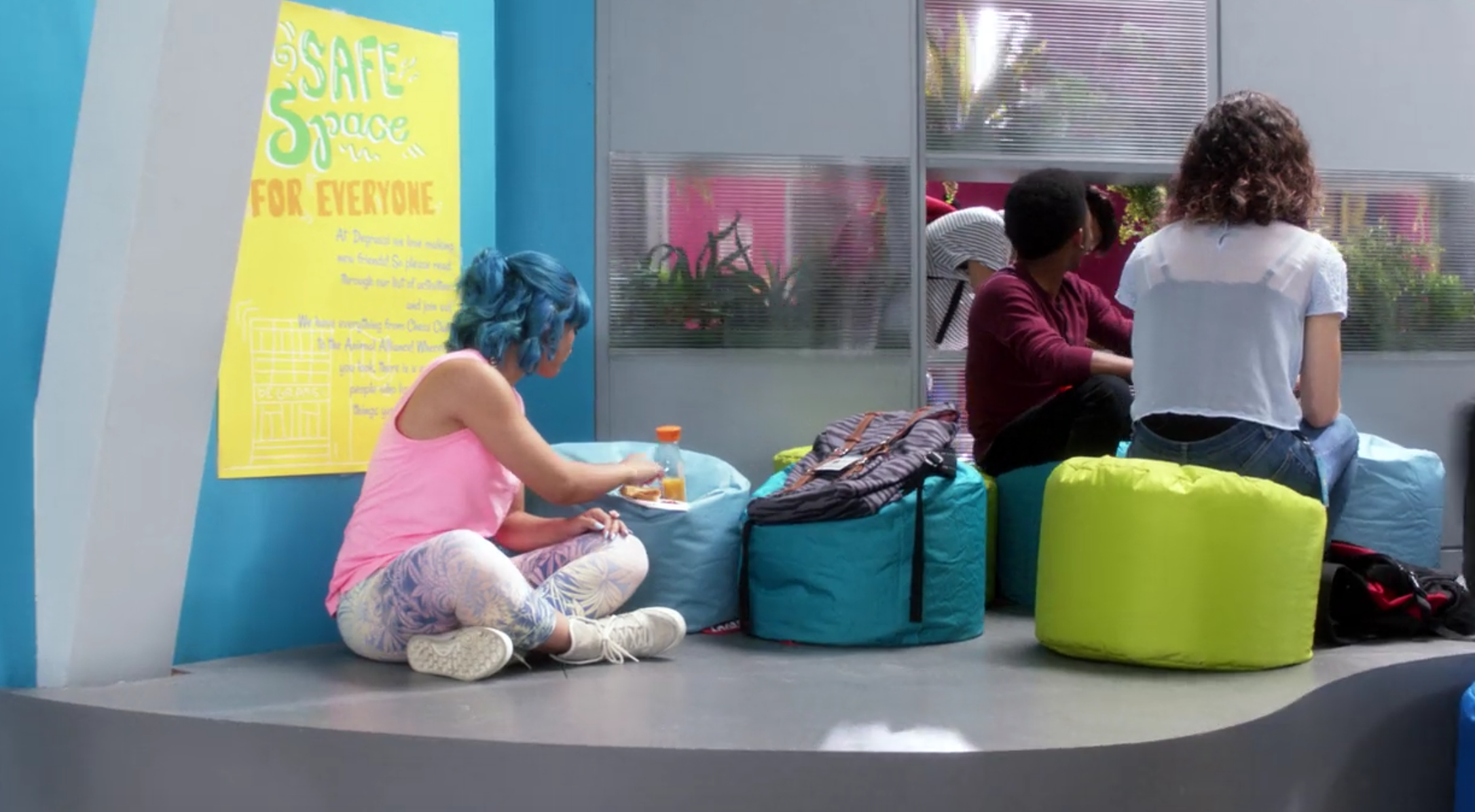 The last big hoorah for liberals came in the season finale, “#KThxBye,” where a lesbian couple is crowned prom queen and queen.

With shows like Degrassi preaching that everything from sexuality to gender is a mysterious combination of personal preference and brain chemistry, I pity the children growing up in this new era of TV where plot and humor are discarded in favor of political propaganda.