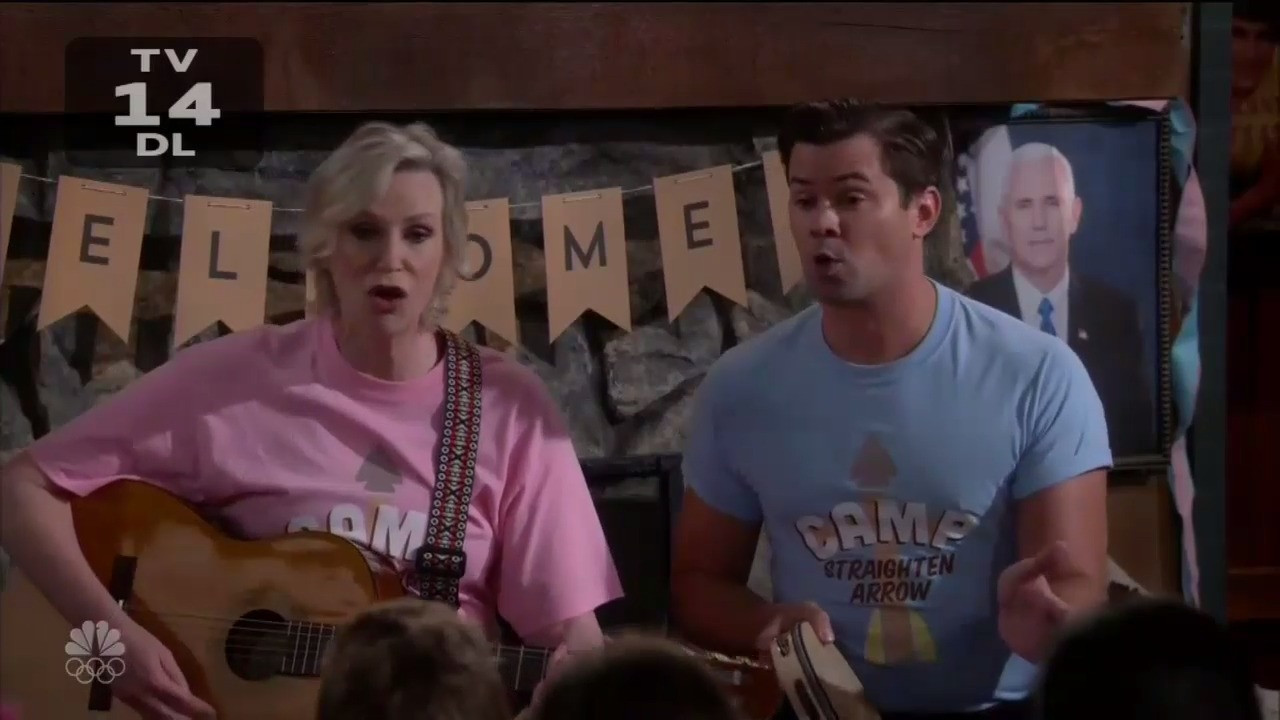 I watch NBC's Will & Grace so you don't have to, and be grateful I did. In the October 19 episode, "Grandpa Jack," Jack (Sean Hayes) is surprised to find out that his son Elliot is now a father himself. So, Jack is now grandfather to Skip who, his parents suspect, is gay (like Jack). Why didn't Jack know about his grandson? Because Elliot moved to Texas and became a conservative, so they no longer have a relationship. The entire episode used that as an excuse to bash conservatives, including Vice President Mike Pence.

When Jack is explaining to Will (Eric McCormack) why he lost touch with his son, he explained it by saying, "Because he moved to Texas, married someone super conservative, and he didn't even invite me to his wedding." Maybe that's not because they're bigots, but because you are, Jack. He hates his own son just for being a conservative.

When Will tells Jack to spend time with Skip and connect with him, Jack replies, "How am I supposed to connect with a kid from Texas? I can't fish or hunt or tell a woman what to do with her fetus." As if we didn't know liberals were obsessed with abortion, that's what he thought of when he met his grandson? That Texas protects the unborn, and it's a bad thing? Of course, Texas hasn't outlawed abortion, but they just want abortion clinics to be held to the same health standards as ambulatory surgical centers. For Jack, I guess that's a bad thing.

When Elliot (Michael Angarano) makes his appearance, he is a conservative caricature. He's wearing a cowboy hat (which Jack refers to as a "costume") and, when Will says, "Look at you, you're a real Texan now," he replies,  "I am. I drank the kool-aid and can no longer separate church and state." It's not conservatives who have a problem with that separation. We are fighting nonstop for separation of church and state, even taking it to the Supreme Court, but the left is constantly trying to impose the state upon the church. A separation sounds pretty ideal to conservatives.

If your eyes weren't rolling yet, it turns out they're on the east coast for a very specific reason - to send Skip to a "pray away the gay" camp. While conversion therapy is something that the media has often tried to tie Vice President Mike Pence to, the accusations have just never stuck, except in liberals' minds.

The whole camp is, of course, ridiculous. Here's our introduction.

The camp is run by an ex-lesbian woman and ex-gay man - who are married to each other - and the giant picture of Vice President Pence on the wall was also an interesting touch. Anything to keep pushing an oft-debunked myth, I suppose, right?

It looks like Will & Grace knows they're not going to win anybody over by being honest.