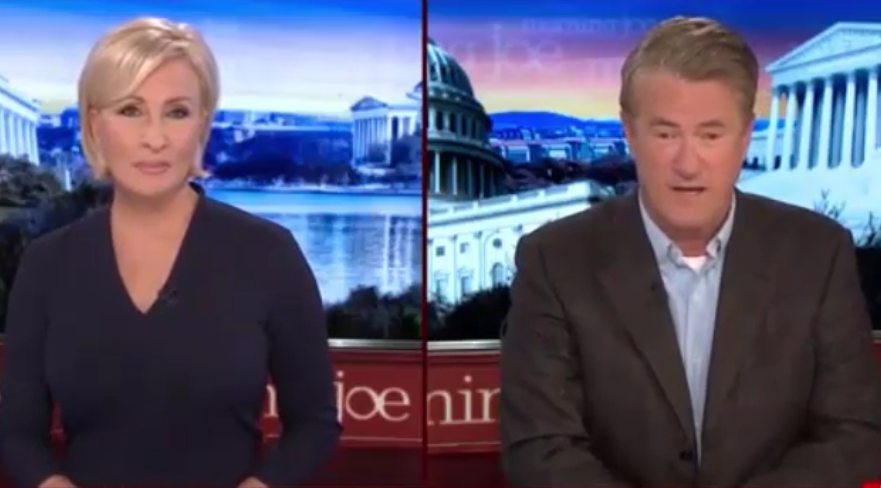 The show ran a segment defending Obama’s tweet congratulating himself for today’s booming economy. Scarborough cited an Axios report on Trump’s economy to assert Feb. 18 that “[if] you look at the last ten presidents and their GDP growth throughout their administrations, six in ten of those presidents -- according to Axios yesterday, and well just according to government statistics -- actually had stronger economies than Donald Trump.” [Emphasis added.]

But that’s not what Axios’ piece was about.

Morning Joe used a cherry-picked graph when citing Axios, and it wasn’t even the graph that Axios used for its reporting Feb. 17. Perhaps this is because it would have blown a hole in the anti-Trump, pro-Obama narrative.

Scarborough sniped earlier in the segment: “He [Trump] doesn't like facts. He doesn't like numbers. It’s good for America. He should be happy about America doing well.” He continued his propaganda: “And here are the facts, the Recovery Act was signed eleven years ago. We've had 11 years of uninterrupted economic growth. It started, and the majority of it was through the Obama administration.” [Emphasis added.]

Scarborough compared the first three years of Trump’s administration to Obama’s final three years, all to say that “By just about every measure, Barack Obama’s economy was much stronger than Donald Trump’s economy.” [Emphasis added.]

Morning Joe never bothered to mention the 2.0 percent average annualized GDP growth during Obama’s first term or the 14,573,000 (18 percent) increase of people not in the labor force during both of his terms, bringing the total to over 95 million at the end of Obama’s tenure in office. They also ignored that “94 percent of the job growth over the last 10 years occurred in ‘alternative work arrangements,’” according to the New York Post Jan. 9, 2017.