Morning Joe today brought on Carol Cadwalladr, an investigative reporter for the left-wing UK paper The Observer. Cadwalladr has been a fierce critic of Facebook. During her MSNBC appearance, she openly rooted for Facebook's demise, saying: "I think, there's some very, very serious trouble coming for Facebook . . . I do think we could be witnessing something of the… 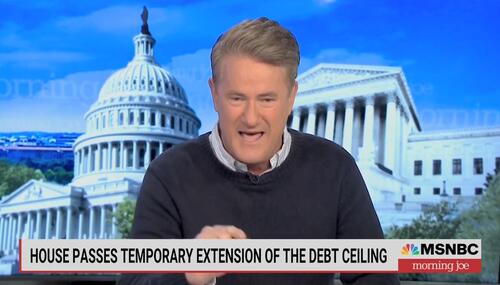 On Morning Joe, a screaming Joe Scarborough plays the hard-nosed Democrat strategist, telling Dems they need to play hardball with Republicans on raising the debt limit.

On Tuesday, MSNBC’s Morning Joe joined The New York Times in hitting Democrats from the left and whining that the plan by left-wing lawmakers to hike taxes by $2 trillion to fund massive socialist spending was too “moderate.” After hyping a Times article that wailed about the proposed legislation failing to “dent the vast fortunes” of the wealthy, the show’s liberal… 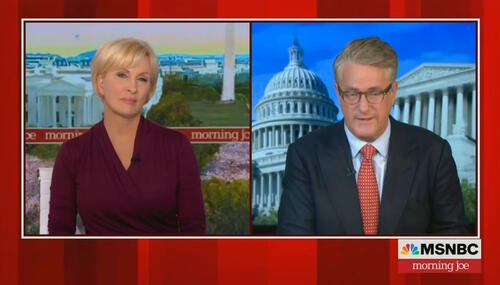 Morning Joe: Afghan Headlines Will ‘Fade,’ Biden Will Get ‘Credit’

On Wednesday, MSNBC’s Morning Joe was hoping that the Afghanistan catastrophe would “fade from the headlines” just in time for President Biden and the Democratic Party to make a political comeback before the 2022 midterm elections. The liberal wish-casting even went so far as to suggest “more and more people are going to agree with what he did” and eventually give him “credit” for the… 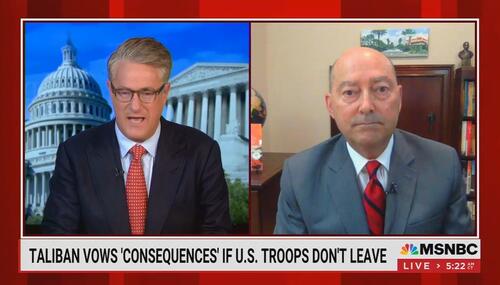 On Morning Joe, Joe Scarborough supports President Biden's decision not to extend the August 31st deadline for evacuating American citizens and Afghan allies from Afghanistan. Scarborough says he's worried about attacks by ISIS and the more radical elements of the Taliban. 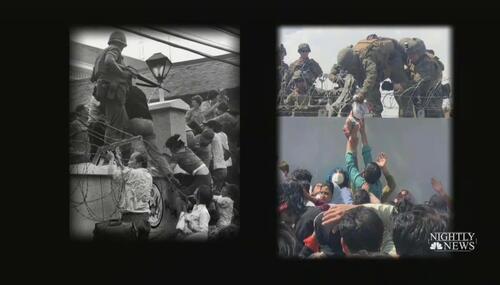 MSNBC host Joe Scarborough made a fool out of himself on Sunday (he wasn’t even on his show) after tweeting an image of The New York Times Sunday Review front page comparing the fall of Kabul to the fall of Saigon. The self-righteous blowhard lectured the paper about how the obviously similar situations were nothing alike. The kicker? The author of the article was a Vietnamese-…