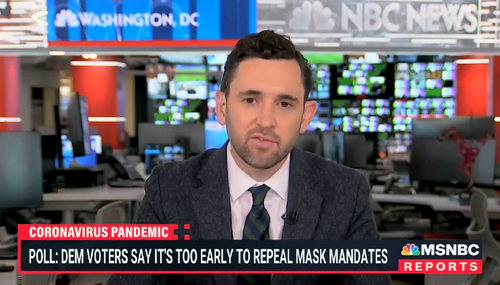 Correspondent Alex Seitz-Wald reported on MSNBC that Democrat governors wishing to relax or drop the mask mandates might have a problem with fellow Democrats because their liberal identities have become entwined in wearing masks. 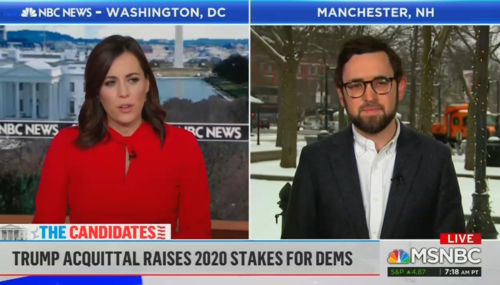 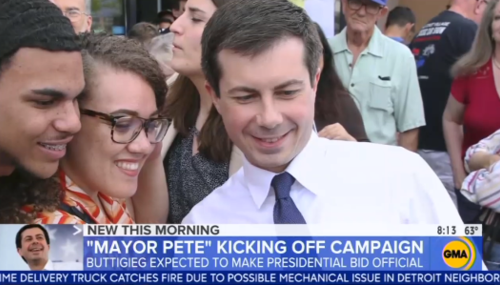 Randy Hall
May 1st, 2019 7:11 AM
With at least 20 Democrats running for the presidency in next year’s election and the Mueller report providing nothing to kick President Trump out of the White House, what can the liberal media do to fill the time between now and November 2020? For NBC News, this is an opportunity to sing the praises of any Democratic candidate in the race, including South Bend’s “Mayor Pete” Buttigieg in a post… 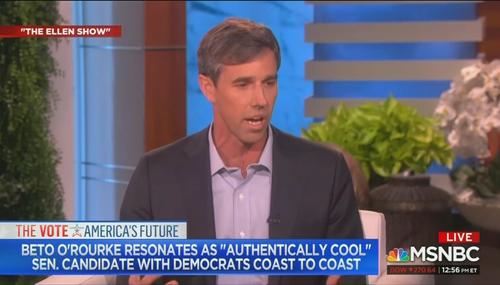 MSNBC Hails ‘Rock Star’ Dem Who Could Be 2020 Nominee No Matter What!

Scott Whitlock
October 18th, 2018 4:05 PM
The journalistic swooning for Beto O’Rouke reached epic proportions on Thursday as MSNBC reporters gushed over the “rock star” and the “Betomania” phenomena that surrounds him. But, by far, the most hyperbolic moment came when Andrea Mitchell Reports guest host Peter Alexander insisted that the Texas Democrat might be the 2020 nominee — no matter what! 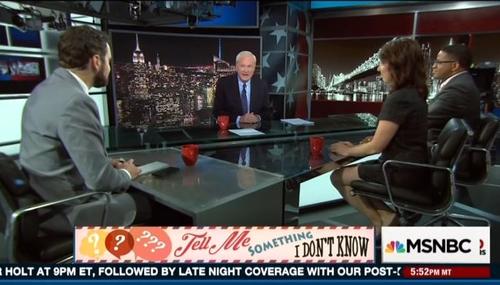 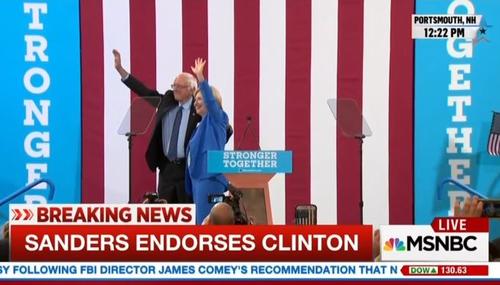 Curtis Houck
July 12th, 2016 3:01 PM
On Tuesday, it was all hands on deck for MSNBC’s Andrea Mitchell Reports following the Hillary Clinton rally featuring a Bernie Sanders endorsement with the eponymous host hailing how “we just witnessed a milestone for the Clinton campaign” and MSNBC political reporter Alex Seitz-Wald promoting the Democratic Party’s platform as “the most progressive” one ever with “the energy of the party” of… 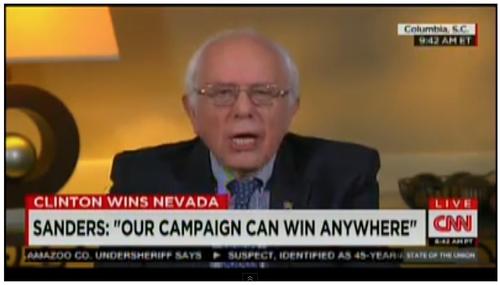 Tom Blumer
March 12th, 2016 11:22 PM
Sometimes there's a problem when a far-left reporter admiringly covers a far-left political official or candidate. What occasionally happens is that items which would clearly be objectionable to sensible people make it to print or onto the airwaves because the lefty journalist doesn't recognize how problematic they are. If he or she did, it would be kept out of their reports. At NBC News, former… 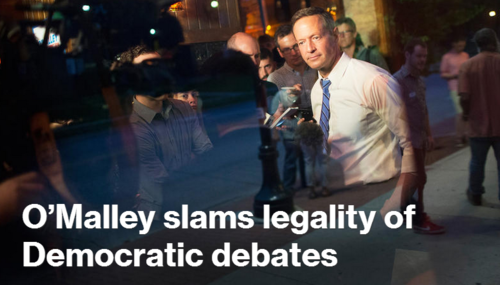 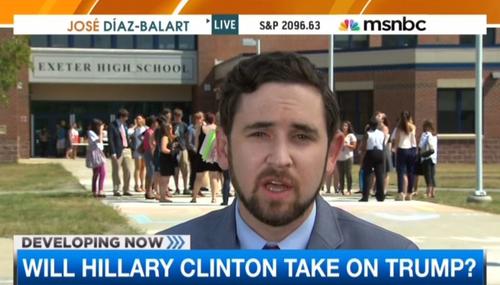 Kyle Drennen
August 10th, 2015 3:31 PM
Appearing on MSNBC’s The Rundown with Jose Diaz-Balart on Monday, political reporter Alex Seitz-Wald speculated on whether Hillary Clinton would comment on Donald Trump during an upcoming speech in New Hampshire: “...it might be hard for her to resist, right? Donald Trump was the biggest news of the weekend....And he’s been most useful to her as a cudgel against the rest of the GOP field.” 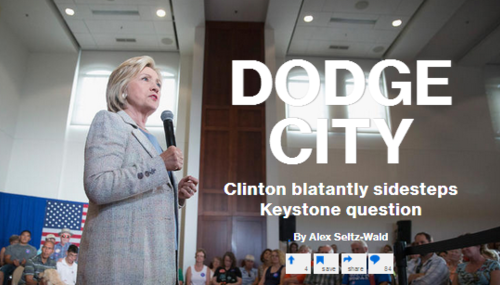 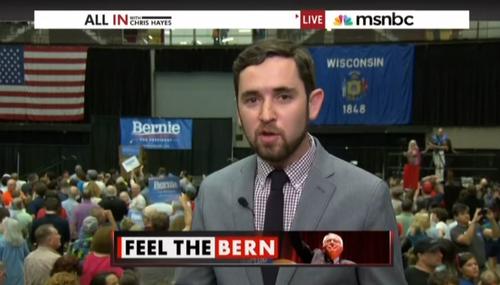 Warming Up? MSNBC 'Feels the Bern' of 'Totally Grassroots' Sanders

Scott Whitlock
July 2nd, 2015 3:53 PM
MSNBC on Wednesday hyped the possibility of a Bernie Sanders boom. Alex Seitz-Wald, a network reporter who had previously swooned over Hillary Clinton's "Scooby Van," enthused: "This is definitely quite a crowd, Chris. They are chanting, 'feel the Bern' behind me." The enthusiasum seemed infectious as the journalist touted, "This is something that is totally grassroots, uncontrolled, people just… 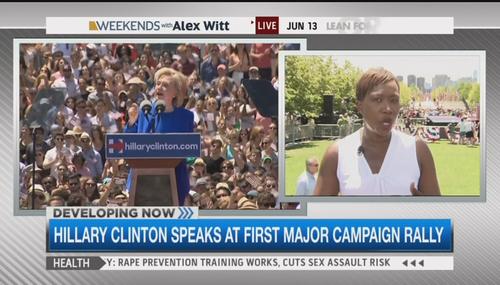 MSNBC: Hillary Crowd Too White, Too Small and None Too Enthusiastic

Mark Finkelstein
June 13th, 2015 2:21 PM
Love the smell of flop sweat in the morning? That might have been the aroma wafting off Roosevelt Island today as Hillary "kicked off" her campaign [whatever happened to "you only get one chance to make a first impression?" Guess Hillary doesn't use Head & Shoulders.] On MSNBC's Weekends with Alex Witt today, two reporters painted a picture of a crowd that was smaller than hoped for, not… 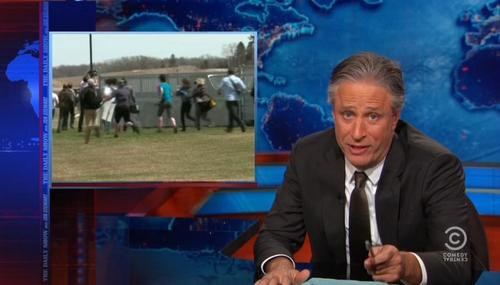 Matthew Balan
April 16th, 2015 12:58 PM
Jon Stewart launched a rant against the news media on Wednesday's Daily Show for their mad dash after Hillary Clinton's "Scooby Van" as it arrived at a recent campaign stop in Iowa. Stewart mocked the running journalists, and likened them to five-year-olds chasing after an ice cream truck. 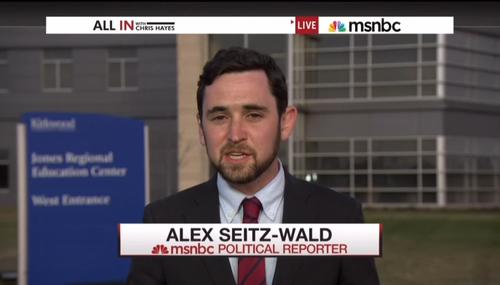 Jeffrey Meyer
April 15th, 2015 1:37 PM
After members of the media literally chased down Hillary Clinton’s campaign van in Iowa on Tuesday afternoon, MSNBC reporter Alex Seitz-Wald appeared on All In with Chris Hayes and did his best to sympathize with her campaign’s inability to push her message without the media following her.