Reporter Jennifer Steinhauer has been at the New York Times since 1989, and has been covering Congress since 2010. Despite her decades of experience, she committed two horribly ignorant errors in her Thursday coverage of the Senate's vote to undo an Obama administration rule which had prevented states from "blocking funding for family planning clinics that also provide abortions."

Both original errors can be seen in the uncorrected Times story as it is was still carried late Sunday evening at MSN.com (first seven paragraphs saved here for future reference, fair use and discussion purposes; bolds are mine throughout this post):

Senate Republicans, aided by Vice President Mike Pence and an ailing Georgia colleague who hobbled into the Senate chamber on a walker, voted on Thursday to proceed with a measure to undo an Obama administration rule preventing states from blocking funding for family planning clinics that also provide abortions.

... Taking money away from Planned Parenthood has been a longstanding goal of congressional Republicans, but each effort has been blocked by Democrats and President Barack Obama. 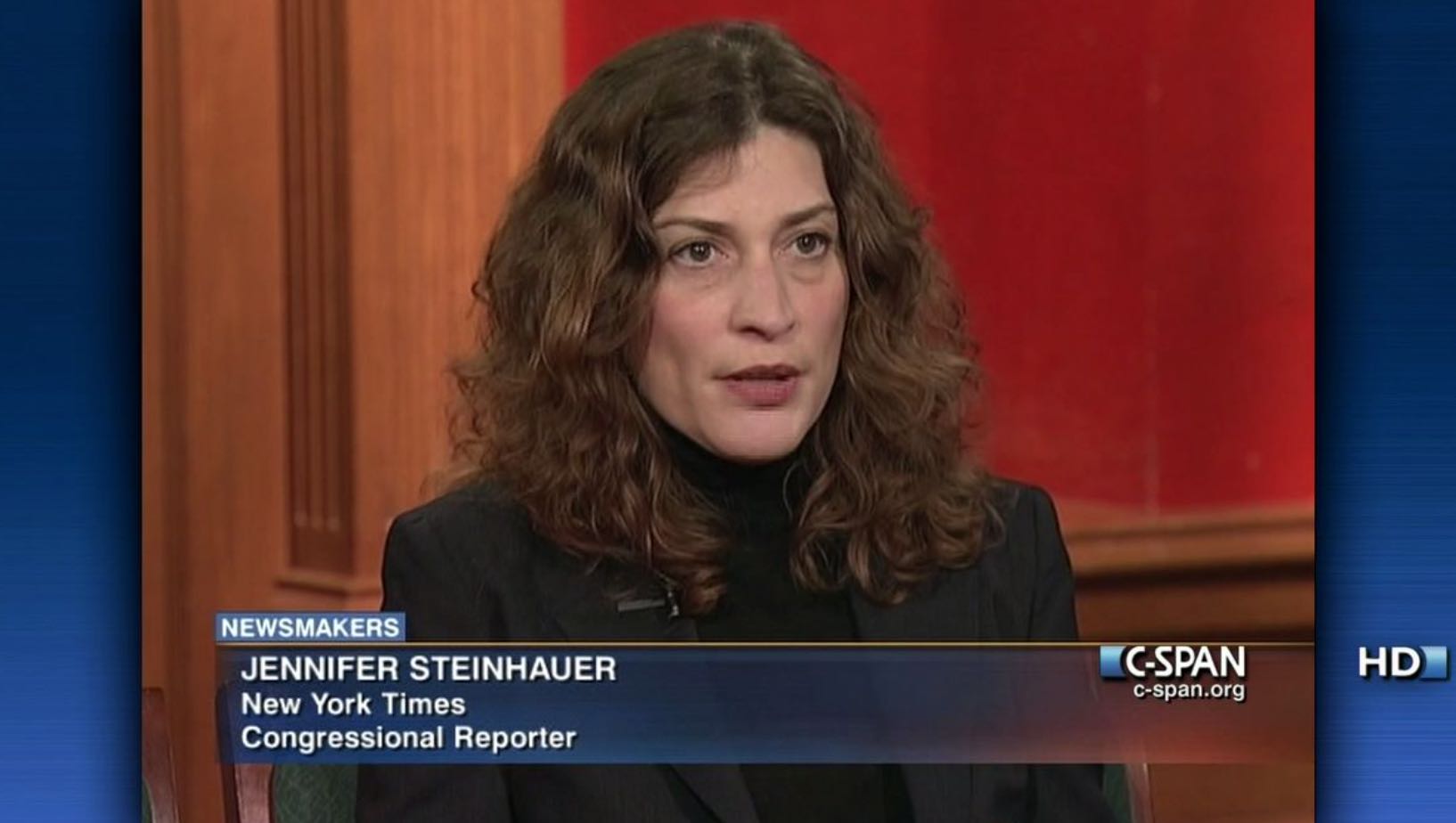 Even full control of Washington by Republicans has not made the process easy.

The vote set up the measure for a final vote later on Thursday. The measure would return the power to the states to single out abortion providers from receiving Title X money set aside for family planning and related preventive health services for women. Democrats all voted against the bill, as did two Republicans, Susan Collins of Maine and Lisa Murkowski of Alaska.

... Mr. Pence swept into the chamber to break the tie, something that is usually reserved for significant policy measures that are short 60 votes. This measure falls under an obscure, and until recently, rarely used act that allows a new Congress to undo actions of the old Congress during the first few months of the year.

Before identifying the two errors in the final excerpted paragraph, it's interesting to note that Steinhauer went from describing the bill's purpose as "blocking funding for family planning clinics that also provide abortions" to "Taking money away from Planned Parenthood," which receives roughly $500 million per year in federal funding. That's curious, because even though Planned Parenthood was the legislation's primary target, it wasn't necessarily the only one — unless Steinhauer knows something we don't, which is that PP may be the only organization providing abortions which has tried to pretend that its facilities are also family planning clinics.

The first and perhaps more obvious of the two errors is Steinhauer's utterly weird belief that a vice president's vote is "usually reserved for significant policy measures that are short (of) 60 votes." Where in the world did she get that idea?

Powerline's John Hinderaker noted this error and its implications on Saturday:

As noted earlier, Steinhauer has been with the Times for almost 30 years, covering Congress for the past seven. How is this level of ignorance even possible, and how did it initially get past an editor, bravely assuming there was one?

The Times issued a related correction. Dated March 30, it's seen at the end of Steinhauer's dispatch, and was apparently issued before the story went to print:

An earlier version of this article misstated the circumstances in which the vice president of the United States can cast a vote in the Senate. He can vote only to break a tie, not to vote on significant policy measures that are short 60 votes.

The second error, which has not been corrected, is in Steinhauer's description of the Congressional Review Act. It was once "rarely used," but has been dusted off with some frequency since Donald Trump's inauguration. More importantly, CRA is absolutely not an "act that allows a new Congress to undo actions of the old Congress during the first few months of the year." It is, instead, in an explanation seen at a February 4 NewsBusters post, it applies to regulations, not "actions of the old Congress":

... the CRA provides a streamlined process for Congress to disapprove a final rule without threat of filibuster. Moreover, it bars agencies from re-imposing the same or similar rule afterward.

Once again, this begs the question, with a bonus: How is this level of ignorance even possible, and how did it get past an editor, again even assuming there was one, while still remaining uncorrected?

As Powerline's Hinderaker observed, this second error remains despite a quote from Republican Senator Joni Ernst contained in Steinhauer's "corrected" report, in which the Senator says that "... like many other rules issued during the Obama administration, this rule attempted to empower federal bureaucrats in Washington and silence our states."

As to Planned Parenthood's alleged involvement with "family planning services," a Live Action News investigative video in late January showed that the group pretended to offer prenatal care to women on its websites and in its public pronouncements, but doesn't.

"Pretended" is in the past tense because, in the wake of that video exposure, Live Action reported in early February that "Planned Parenthood has been busy purging their websites of the term 'prenatal.'"

Beyond that, as noted in a January 31 NewsBusters post, Live Action demonstrated in a separate series of videos that the vast majority of Planned Parenthood facilities will not show pregnant women an ultrasound of their unborn child. As seen in the description at one of those videos:

Investigators asked 68 Planned Parenthood facilities for ultrasounds to check the health of their babies, but only 3 were able to provide them. The remainder either did not do ultrasounds or used ultrasounds for abortions only.

... we have shown that with few exceptions, the only service Planned Parenthood offers to pregnant women is abortion. It is time for the media and politicians to stop advancing Planned Parenthood’s propaganda that they are a healthcare organization.

Jennifer Steinhauer's "sneering condescenion towards conservatives" and track record of insufferable bias have long been known at NewsBusters, so it's hard to resist taking some pleasure in unmasking her incomprehensible ignorance.