Paglia at Salon: Hillary 'Has a Rap Sheet 5 Miles Long,' 'Heavy With Lies and Greed'

As Hillary Clinton's 2016 presidential effort has weakened, many on the left in fairly prominent places have begun releasing years of pent-up frustrations about her, her husband, and their record. At long last, the long knives are beginning to come out.

Many of these missives are unhinged, but one which isn't, and deserves a closer look, comes from Camille Paglia at Salon.com. Given that Paglia's views don't neatly check off all of the far-left boxes, the fact that Salon has Paglia back for biweekly commentary on "the presidential race, the culture world, and everything in between" after a four-year hiatus is quite telling. Meanwhile, readers can count on the establishment press hanging on to Hillary as long as they can, while ignoring the mostly excellent points Paglia strenuously made early this morning.

Paglia, who considers herself a genuine feminist, is also appalled at the conduct of others claiming that mantle (bolds are mine):

“Sexism has nothing to do with it”: Camille Paglia on Hillary Clinton, Gloria Steinem — and why New Hampshire women broke for Bernie Sanders 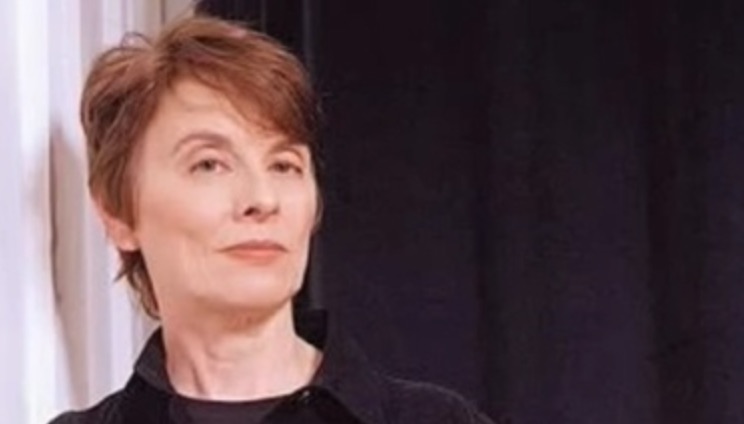 With Bernie Sanders’ thrilling, runaway victory over Hillary Clinton in the New Hampshire primary, the old-guard feminist establishment in the U.S. has been dealt a crushing blow.

Despite emergency efforts by Gloria Steinem, the crafty dowager empress of feminism, to push a faltering Hillary over the finish line, Sanders overwhelmingly won women’s votes in every category except senior citizens. Last week, when she told TV host Bill Maher that young women supporting the Sanders campaign are just in it to meet boys, Steinem managed not only to insult the intelligence and idealism of the young but to vaporize every lesbian Sanders fan into a spectral non-person.

Steinem’s polished humanitarian mask had slipped, revealing the mummified fascist within. I’m sure that my delight was shared by other dissident feminists everywhere. Never before has the general public, here or abroad, more clearly seen the arrogance and amoral manipulativeness of the power elite who hijacked and stunted second-wave feminism.

The next day, Hillary was accompanied on the campaign trail by former Secretary of State Madeleine Albright (a Bill Clinton appointee), who proclaimed, to Hillary’s laughter and applause, “There’s a special place in Hell for women who don’t help other women.” Waspishly policing the earth was evidently insufficient for the feminist politburo, who are now barging into the salvation and damnation game.

Never mind that the woman elevated to Christ Redeemer status by Steinem and Albright has a stained and tattered rap sheet five miles long. What genuine principles does Hillary have left, after a public career so light on concrete achievement and so heavy with lies and greed? Yes, she’s been handed job after job, but primarily due to her very unfeminist association with a man. As a senator, she initiated nothing of substance, and as Secretary of State, she stumbled into one disastrous fiasco after another, escalating the destabilization of North Africa and the Mideast.

I enthusiastically support and contribute to Bernie Sanders because he is a man of conviction who speaks from his heart and who does not need paid pollsters and a giant, obsequious, royal staff to tell him what to say or wear every day. He articulates a vision of social justice that should be at the core of the Democratic party, which has become far too cozy with big donors and corporate lobbyists over the past half century. Hillary Clinton, in contrast, is a time-server and trimmer who cynically panders to every audience and who shuffles through policy positions like playing cards.

... (her) public prominence has always been based not on any accomplishment of her own but on her marriage to a charismatic politician, now in his dotage.

Paglia's head-over-heels support of Sanders is obviously problematic, but let's focus on what she described as Mrs. Clinton's "laughter and applause" in her reaction to Albright's remark.

At the New York Times, Alan Rappeport, in his clumsy Sunday morning attempt at damage control which ended up only making thing worse, claimed that "Mrs. Clinton, 68, laughed, slowly clapped and took a large sip of her beverage." Rappeport wanted readers to infer that Mrs. Clinton was far less than pleased with what Albright said, and revealed that displeasure in her reaction.

The replay says Rappeport is wrong, to the point where what he wrote can only be regarded as deliberately misdirecting and deceptive. Mrs. Clinton's reaction begins at the 0:20 mark:

Most readers and viewers will surely agree with my take when I first saw it on Saturday:

Clearly, Mrs. Clinton thought that what Albright said was funny as, well, hell.

As seen above, Paglia pegged the reaction perfectly — "to Hillary’s laughter and applause."

Most of the establishment press has either treated Albright's and Steinem's outrageous remarks as no big deal, or has ignored them completely. This is consistent with their treatment of Mrs. Clinton's seemingly endless array of legal, criminal and policy problems for over two decades. How much longer they will remain determined to protect Mrs. Clinton, now that both her left and right flanks are exposed, remains to be seen.