Networks Have Terrible Habit of Covering for the Murderous Iran Regime 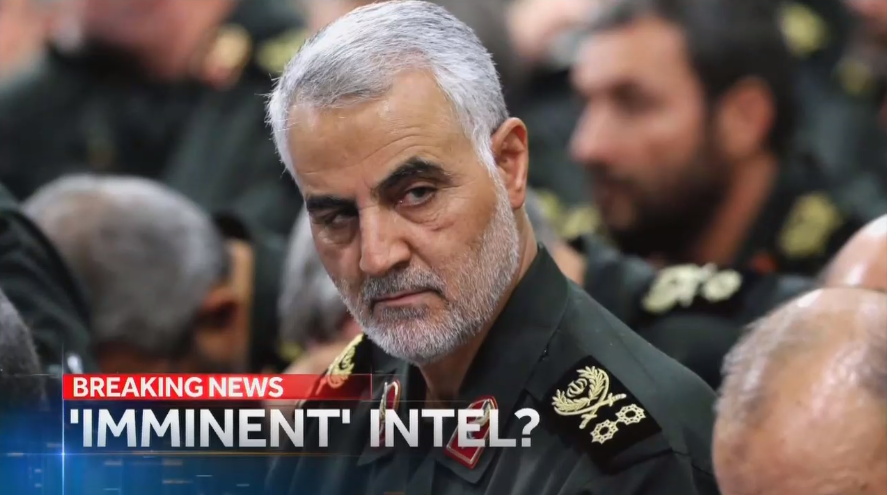 With the murderous Iranian regime back in the headlines and the liberal media doing everything they could to make them look like victims of the United States (even after they shot down a passenger plane carrying 176 souls onboard), it’s worth taking a look at recent history and how the broadcast networks (ABC, CBS, and NBC) have set up a smokescreen to hide Iran’s diabolical behavior. Here is a look back at NewsBusters reporting of the networks omitting new damaging to Iran.

Because the liberal media needed to protect President Obama’s prized nuclear deal from getting serious public opposition, the broadcast networks would usually turn a blind eye when Iran would put the lives of U.S. sailors in danger with erratic ship maneuvers in the Strait of Hormuz. NewsBusters documented numerous instances when Iran’s harassment of our ships went unreported. Interestingly enough, after President Trump took office the harassment appeared to cease.

The Iranian regime was known for targeting Americans that visited their country and arresting them on trumped-up charges of espionage. When news first broke that Washington Post journalist Jason Rezaian became a victim of Iran and sentenced to prison, ABC and NBC skipped it to talk about gas prices and the weather. They also didn’t care when American graduate student Xiyue Wang was sentenced to 10 years in prison, but they sure went gaga for a video of a dog saving a drowning deer that evening.

While the networks may be reporting on the latest round of anti-government protests, they had no choice as the tensions between the U.S. and Iran reached a fever pitch and more direct confrontations. But during past popular uprisings, the networks would either ignore them completely or downplay them as localized protests.

In fact, when the regime started killing protesters in 2017, they ignored, downplayed, and in the case of CBS questioned who was really doing the killings. During last year’s weeks-long protests when 1,500 people were massacred by General Qasem Soleimani, only NBC noted it for a few seconds.

Iran-Friendly Networks Ignore New Round of Anti-Government Protests There

Of course, Iran was guilty of violating a number of international laws and resolutions they were signatories too. And again, the networks were motivated to protect Obama’s legacy and the nuclear deal. So, unreported went Iran’s ballistic missile tests (which probably helped with the attack on U.S. bases in Iraq last week), the increase in their uranium enrichment capacity, Obama giving them access to the U.S. financial system, and the targeting of U.S. officials for hackings.

They also ignored an explosive report that exposed how President Obama sabotaged anti-terrorism efforts against Iran’s proxies to appease them into signing the nuclear deal.

Then there were Iran’s more recent transgressions in 2019 when they planted explosives on four oil tankers in the Persian Gulf and bombed a Saudi oil refinery. They then failed in an attempt to capture a British oil tanker a couple of months later. The networks actually went to bat for the regime by suggesting the Trump administration couldn’t be trusted to tell the truth and were probably lying about the intelligence.

Those claims came back to bite them when other counties confirmed the administration’s accusations.

ABC/NBC: Iran Warnings a ‘Real Test’ of Trust in Trump, Might Be 'Faulty' Intel

The networks have willfully omitted and downplayed this terrible behavior from the radical regime for years. But ABC and NBC had the nerve to claim it was the United States and Israel who were destabilizing the Middle East, even suggesting the U.S. was provoking war on behalf of the Israelis. Meanwhile, last November, Iran was caught with manmade uranium particles at an undeclared facility and the networks spiked it.

It’s really no wonder the public doesn’t trust the liberal media, especially when they’re playing footsie and sympathizing with our enemy.