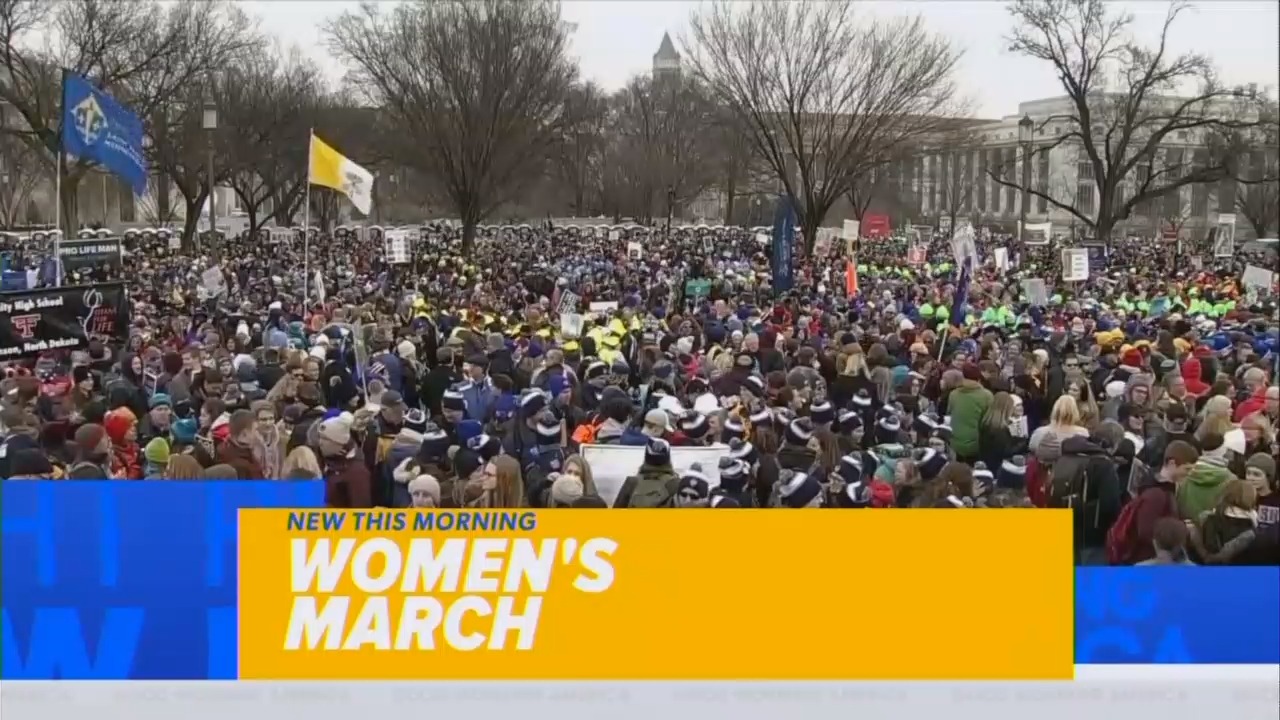 Despite what was a much delayed but important avalanche of headlines about the group’s anti-Semitism, the 2019 Women’s March took place Saturday and it still received nearly 15 times the broadcast network newscast coverage of the 47th annual March for Life that was held Friday.

Between Wednesday morning and Saturday evening, the Women’s March fetched 14 minutes and 26 seconds of coverage on the ABC, CBS, and NBC morning and evening newscasts. This stood in stark contrast to just 58 seconds for the March for Life.

The Women’s March still went on despite their controversies with some satellite marches divorcing themselves from the original organizers due to the group’s unapologetic support for anti-Semitic figures. Meanwhile, the March for Life went off without a hitch, again promoting the lives of the unborn and demanding action to save those lives from certain death via abortion.

For the March for Life, ABC and CBS were especially pitiful. Saturday’s Good Morning America gave the event only six seconds as part of a news brief on the Women’s March. CBS was next with eight seconds on Friday’s CBS Evening News that only came during the show’s opening “Headlines in 60 Seconds” video mash-up.

NBC had the most coverage, but 44 seconds between Friday’s NBC Nightly News and Saturday’s Today isn’t saying much.

Going to the Women’s March, the headlines started rolling in much earlier after it became evident that more and more liberal groups had cut ties with the event following investigations by news outlets like Tablet. This was in addition to strong interviews by women like Margaret Hoover and Meghan McCain that held event organizers to account. 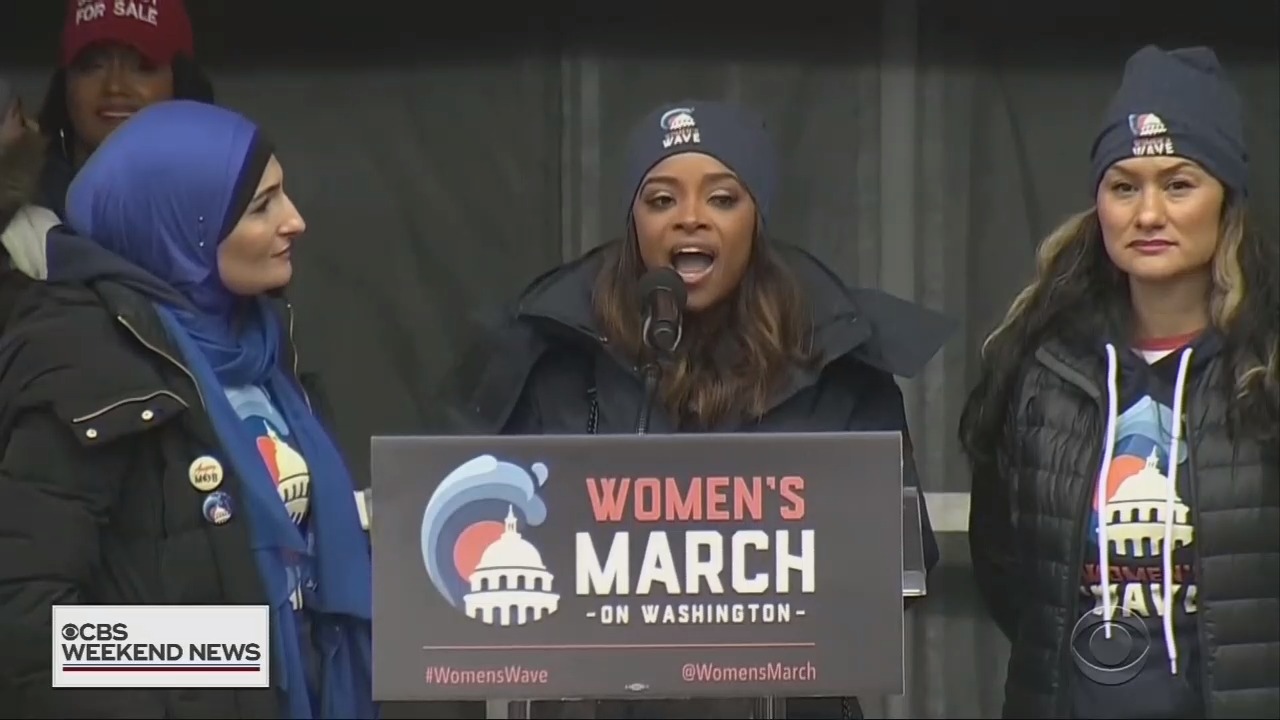 CBS offered the most coverage at eight minutes and 43 seconds, led by full stories from correspondent/failed MSNBC host Alex Wagner on Thursday’s CBS Evening News and Friday’s CBS This Morning. Besides Wagner’s pieces, there wa a brief on CBS This Morning: Saturday, and a report by Nikole Killion on Saturday’s CBS Weekend News.

Back in second was NBC with three minutes and 51 seconds. Correspondent Anne Thompson covered the third edition of the Women’s March (plus its controversies) on Friday’s NBC Nightly News while Pentagon correspondent Hans Nichols handled the issue on Saturday’s Today. Saturday NBC Nightly News anchor Jose Diaz-Balart finished their coverage hours later with a news brief.

ABC was back in third at one minute and 52 seconds, but it was nonetheless 54 seconds more coverage than all three gave to the March for Life, which featured an on-site speech by Vice President Mike Pence, a video message from President Donald Trump, and a live recording of Ben Shapiro’s podcast.