ABC Wakes Up to Women’s March’s Connection to Anti-Jewish Hate: 'The Fallout Continues'

You wouldn’t know it from the so-called mainstream media, but the far-left Women’s March on Washington is “steeped in controversy” and even the Democratic National Committee has withdrawn its support. After all three networks skipped it Tuesday night, ABC’s Good Morning America on Wednesday actually covered the “cloud of controversy” regarding the march’s connection to anti-Semitism.

GMA co-host George Stephanopoulos explained, “The Women's March on Washington set for Saturday steeped in controversy as the Democratic National Committee withdraws its support over the march sponsor’s ties to Louis Farrakhan.” Reporter Janai Norman added, “But this year the rallies are under a cloud of controversy that has led to numerous groups pulling out as sponsors.”

Tamika Mallory, the co-president of the march, has refused to condemn Farrakhan, a man who slimed Jews as “termites” and called “powerful Jews my enemy.” Mallory has referred to Farrakhan as the “G.O.A.T [greatest of all time].” 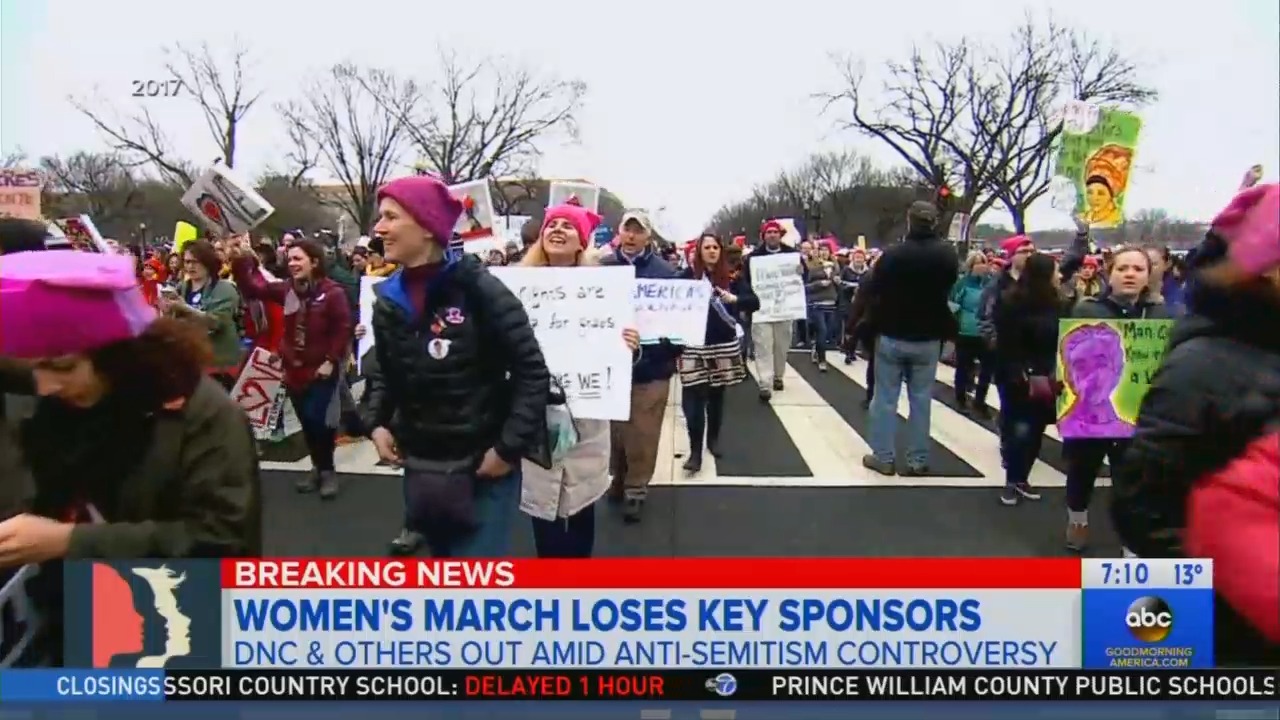 One wouldn’t know it that the march is “under a cloud of controversy” as journalists have largely ignored this problem for Democrats. It only got a brief bust of coverage on Monday’s The View as token conservative Meghan McCain called out Mallory for her connection to the anti-Semite.

But this isn’t surprising as the networks have also skipped Democratic Congresswoman Representative Rashida Tlaib posing with a pro-Hezbollah supporter who hates Israel. Last November, CBS and NBC celebrated the victory of another new Democratic Congresswoman, Ilhan Omar of Minnesota. She, too, has been accused of anti-Semitism.

The networks jumped on the disturbing comments of Congressman Steve King of Iowa. But he is a Republican. Apparently accusations of bigotry don’t matter much if you are a Democrat.

A transcript of the GMA segment is below. Click “expand” to read more. 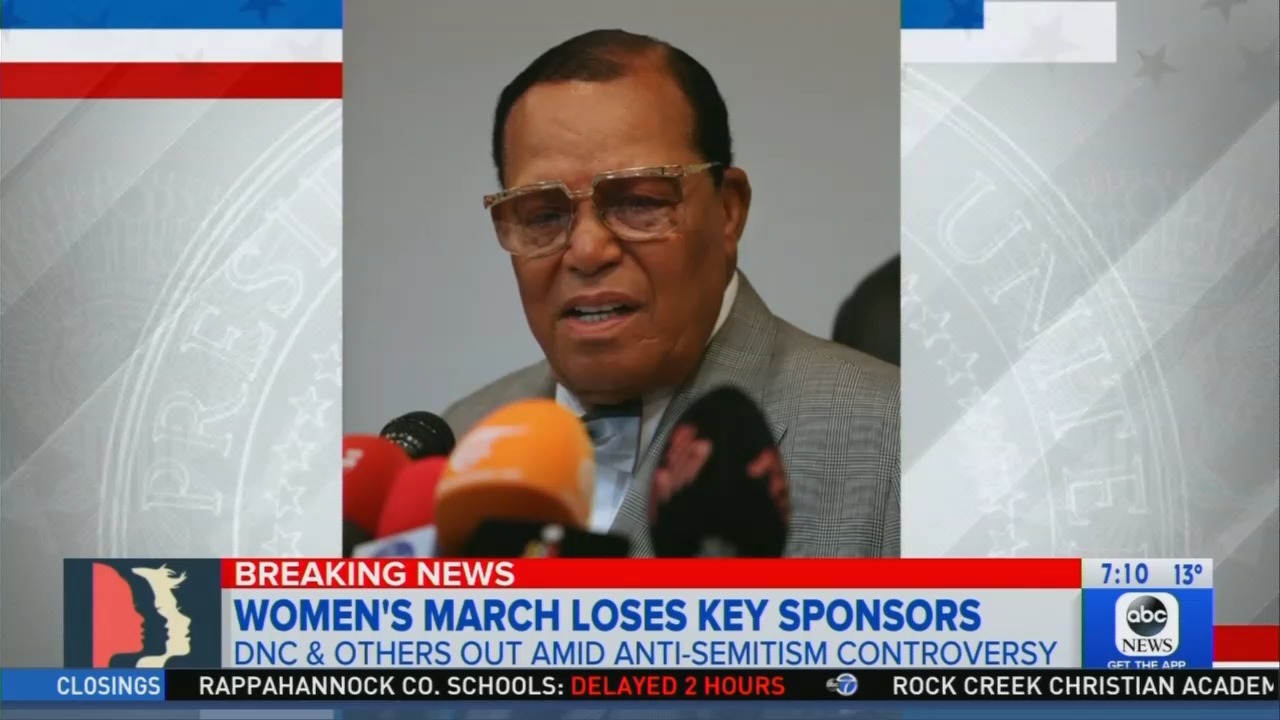 GEORGE STEPHANOPOULOS: We’re going to stay in politics and The Women's March on Washington set for Saturday steeped in controversy as the Democratic National Committee withdraws its support over the march sponsor’s ties to Louis Farrakhan. Janai Norman here with the details. Janai, good morning, Janai.

JANAI NORMAN: Good morning, guys. We are a few days away from this weekend’s  thousands are expected to gather in D.C. and across the country. But this year the rallies are under a cloud of controversy that has led to numerous groups pulling out as sponsors. The co-president of the march, Tamika Mallory, is under fire over her ties to nation of Islam leader Louis Farrakhan, who has made a number of anti-Semitic and homophobic remarks in the past, particularly this Instagram post from back in 2017 where she calls him the greatest of all time.

On The View, Monday Mallory was pressed on the issue and said while she disagreed with some of his statements, she confused to condemn Frarrakhan. Since then, the fallout has continued to grow. Late Tuesday the DNC became the latest sponsor to pull out. Other groups absent from this year’s group of sponsors include Human Rights campaign and Center for American Progress. Less than half of last year's partner groups are listed as supporting this year’s March. Now, ABC reached out to the Women's March for comment but hasn't heard back yet. On The View, Monday, the co-president Bob Bland said the group unequivocally condemns anti-Semitism, bigotry and condemns any statements of hate. Guys, back to you.