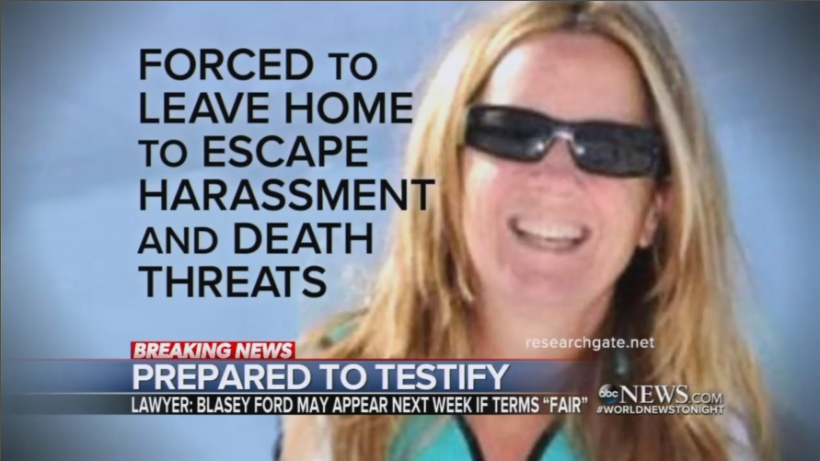 Perhaps the ugliest parts of the entire fiasco were the death threats leveled against each side. However, ABC’s World News Tonight decided on September 20 that it wasn’t worth telling viewers about the threats made against Kavanaugh and his family, instead harping on those against Ford.

That same night, MSNBC’s Hardball was a rather nutty affair with Matthews deeming Ford’s recollections to be “clear” and thus made for “an inconvenient truth” for Republicans. Matthews also grotesquely compared the Kavanaugh allegation as being worse than those leveled against  Roy Moore, Rob Porter, and the various Fox News personalities that lost positions.

USA Today’s Susan Page dismissed Bill Clinton’s Monica Lewinsky affair because it had happened in “a different time” in America. And that, readers, is the definition of whataboutism.