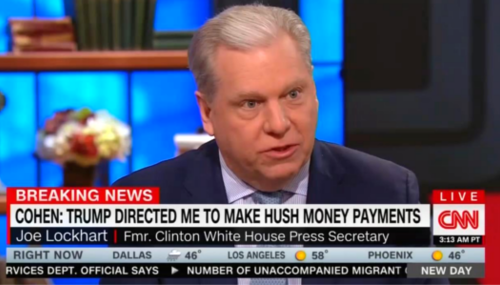 Randy Hall
December 14th, 2018 4:32 PM
The panelists on Friday morning’s edition of CNN’s New Day program took advantage of their last chance of the week to slam their favorite target -- Donald Trump -- even going so far as to give former White House Press Secretary Joe Lockhart a chance to try to hammer the final nails into the Republican president’s coffin. Lockhart, who served in Democratic President Bill Clinton… 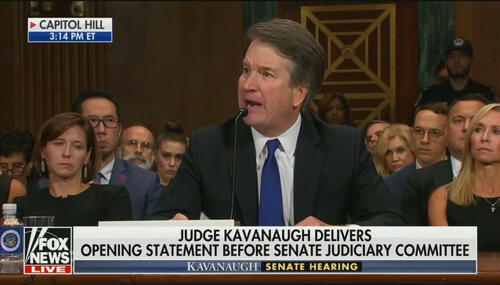 NYT: ‘Judge Kavanaugh Was a Jerk...Credibly Accused of Sexual Assault'

Clay Waters
October 6th, 2018 11:20 AM
NYT reporter Elizabeth Williamson swooned over the left-wing protestors rampaging through the Senate hallways as the Kavanaugh saga approached boiling point : “Stories on the Court Steps and Mass Arrests as Capital Boils.” She ignored the condescending disrespect toward a Republican U.S. senator shown by left-wing protestors while accusing Sen. Orrin Hatch of being "dismissive.… 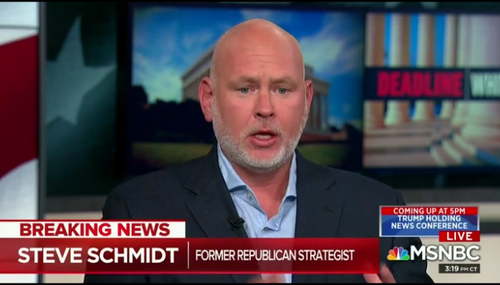 Mark Finkelstein
September 26th, 2018 9:34 PM
Appearing this afternoon on MSNBC's Deadline: White House program hosted by Nicolle Wallace -- his sidekick on the McCain presidential campaign -- Steve Schmidt broke out the tired liberal claim that Republicans somehow resemble the villains of 'The Handmaid's Tale.' The show has been described as portraying "a dystopian future  . . . wherein a totalitarian society… 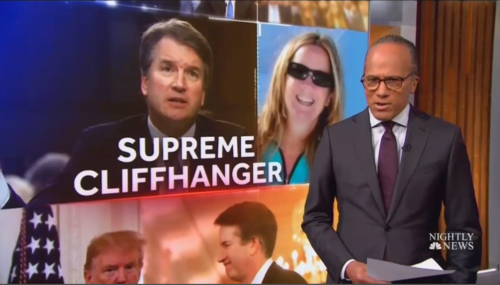 Nicholas Fondacaro
September 18th, 2018 9:37 PM
With a week to go until the scheduled Senate Judiciary Committee hearing to interview Judge Brett Kavanaugh and his accuser Christine Blasey Ford, the liberal media were frantically trying to paint the proceedings as misogynistic Republican men beating up on an innocent victim. Both ABC’s World News Tonight and NBC Nightly News spent a whole segment during their Tuesday broadcasts stoking… 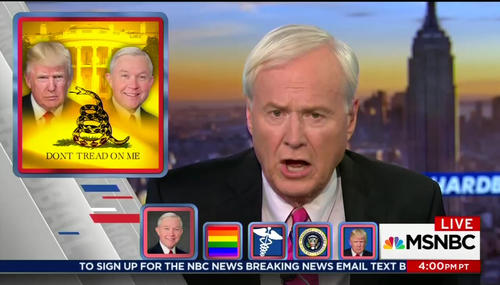 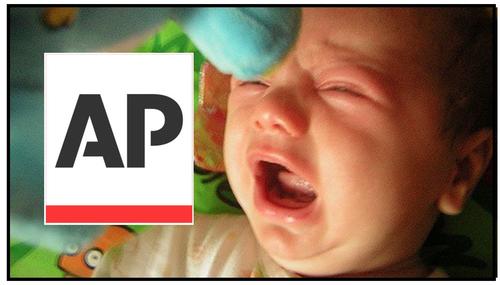 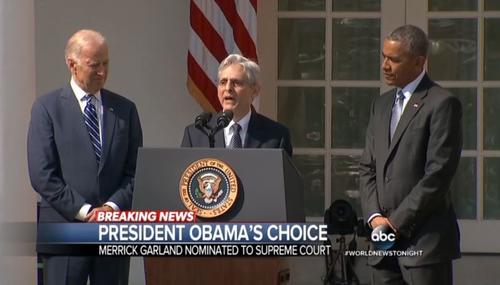 Networks Paint Garland as ‘Moderate,’ Plead with GOP to Consider Him

Curtis Houck
March 16th, 2016 9:43 PM
The “big three” networks of ABC, CBS, and NBC on Thursday night insisted President Barack Obama’s latest Supreme Court nominee, Merrick Garland, is nothing but a “moderate” and personally pleaded with Republicans to consider placing him on the Court. While two networks mentioned comments made by Vice President Joe Biden back in 1992 about Court appointments,… 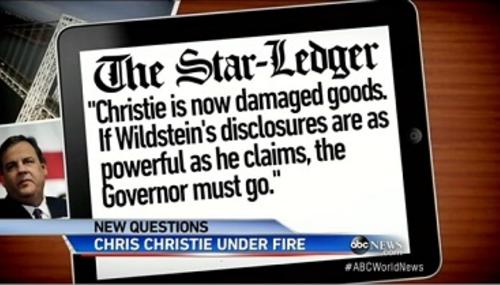 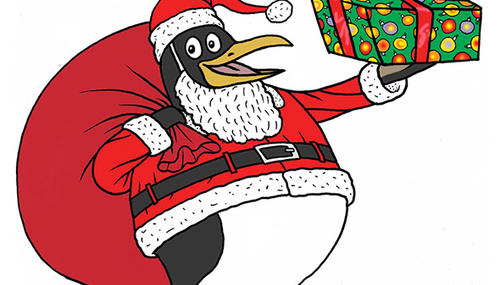 Tim Graham
December 11th, 2013 8:59 AM
The Washington Post is painting the Tea Party as all “threat” and no benefit to the Republicans. Paul Kane’s Wednesday story is headlined “Tea party threat again hangs over Republicans’ efforts to take Senate.” Conservatives think some incumbents are “insufficiently strident” against Obama. Kane played up several times how the GOP whiffed in… 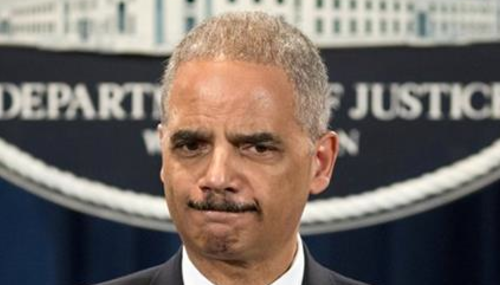 McConnell to Reporters: Ask Yourself ‘How Would I Be Writing This St

Noel Sheppard
May 14th, 2013 5:48 PM
Mitch McConnell (R-Ky.) and his Republican Senate Leadership spoke to the media Tuesday after a closed policy luncheon. The Senate Minority Leader began the event by saying, "I want to make a few observations about the administration's abuse of power," and before opening it up to questions said, "As you continue to file your stories on this subject, ask yourself before you… 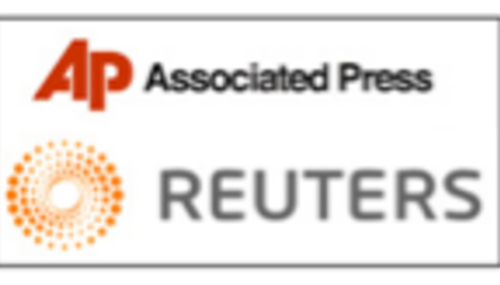 Santorum Schools CNN's Crowley on What 'Moderate' and 'Willing to Work

Noel Sheppard
June 17th, 2012 11:17 AM
Former Senator Rick Santorum (R-Pa.) on Sunday gave CNN's Candy Crowley a much-needed education on what "moderate" and "willing to work with the other side" mean in Washington today. Appearing on State of the Union, Santorum correctly informed his host that the kind of Republican she wants in office "means doing what the other side wants only doing it slower… 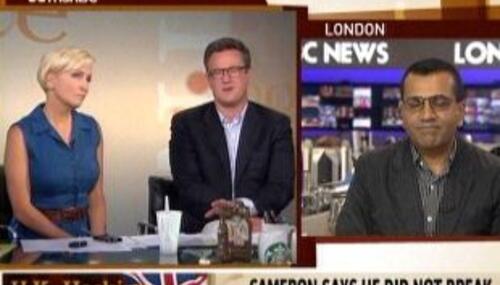 Matt Hadro
July 19th, 2011 6:51 PM
Referencing the sweet reason of the New York Times's "conservative" David Brooks, CNN's Brooke Baldwin urged Sen. Orrin Hatch (R-Utah) to listen to the voice of compromise in the debt ceiling debate. Baldwin pleaded with Hatch that "there are folks out there – including conservatives – saying President Obama has already offered Republican [sic] the deal of…