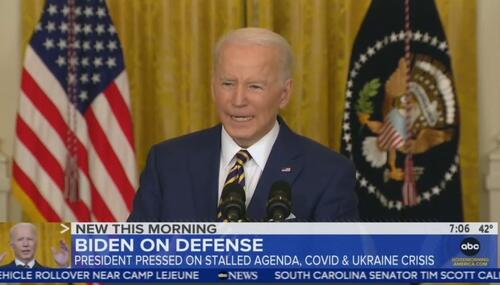 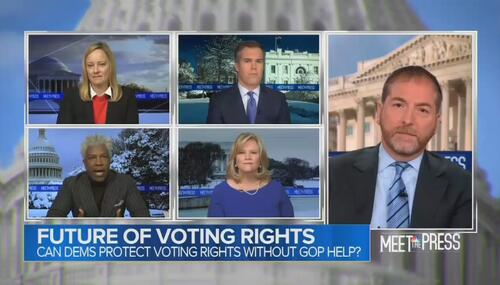 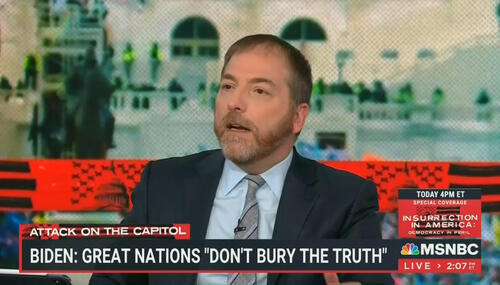 The cavalcade of leftist media idiocy regarding the one year anniversary of the January 6th Capitol Hill riot reached a new low on MSNBC Thursday afternoon as anchors Chuck Todd and Andrea Mitchell ridiculously wailed that current divisions in the country were worse than during the Civil War. Todd went so far as to utter the historically illiterate nonsense that “Lincoln’s election was more… 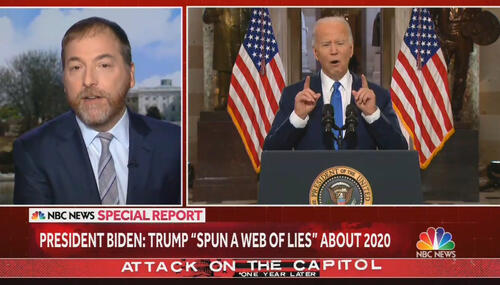 During NBC News special coverage of President Biden’s divisive speech using the anniversary of the January 6 Capitol Hill riot to attack Republicans, Meet the Press moderator Chuck Todd absurdly claimed the screed was not partisan “if you’re pro-democracy and pro-America.” He also predictably hailed the address as Biden at his “best.” 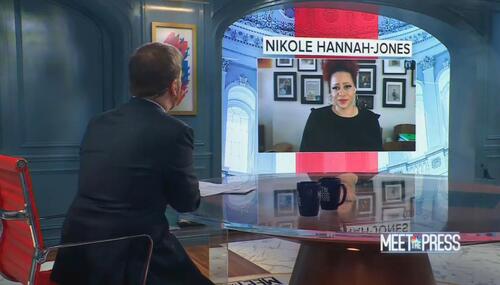 During a special episode of Meet the Press on Sunday titled “Schools, America, and Race”, 1619 Project author Nikole Hannah-Jones said, “I don't really understand this idea that parents should decide what's being taught.” 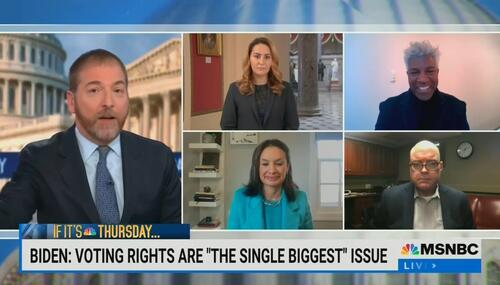 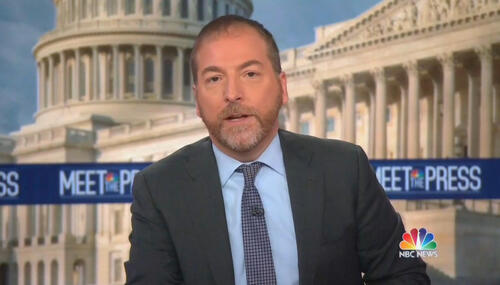 On Sunday, Fox News Associate Editor Lindsay Kornick reported on how NBC’s Meet the Press host Chuck Todd “appeared to defend President Joe Biden from his low approval rating during Sunday’s show.” Kornick pointed out: “Recent polling numbers have shown Biden at approximately 42% approval, with his disapproval at 52%. Certain polls over the last few months have put Biden’s rating as… 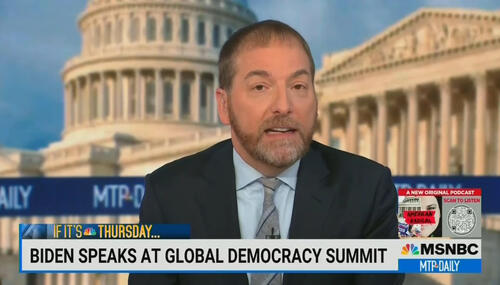 On MSNBC’s MTP Daily Thursday afternoon, host Chuck Todd wailed that while President Biden was hosting a virtual global summit on democracy, Republicans were trying to “subvert” democracy in the United States. He also lamented how Democrats haven’t yet federalized and rigged all elections in their favor to combat the supposed “crisis.”