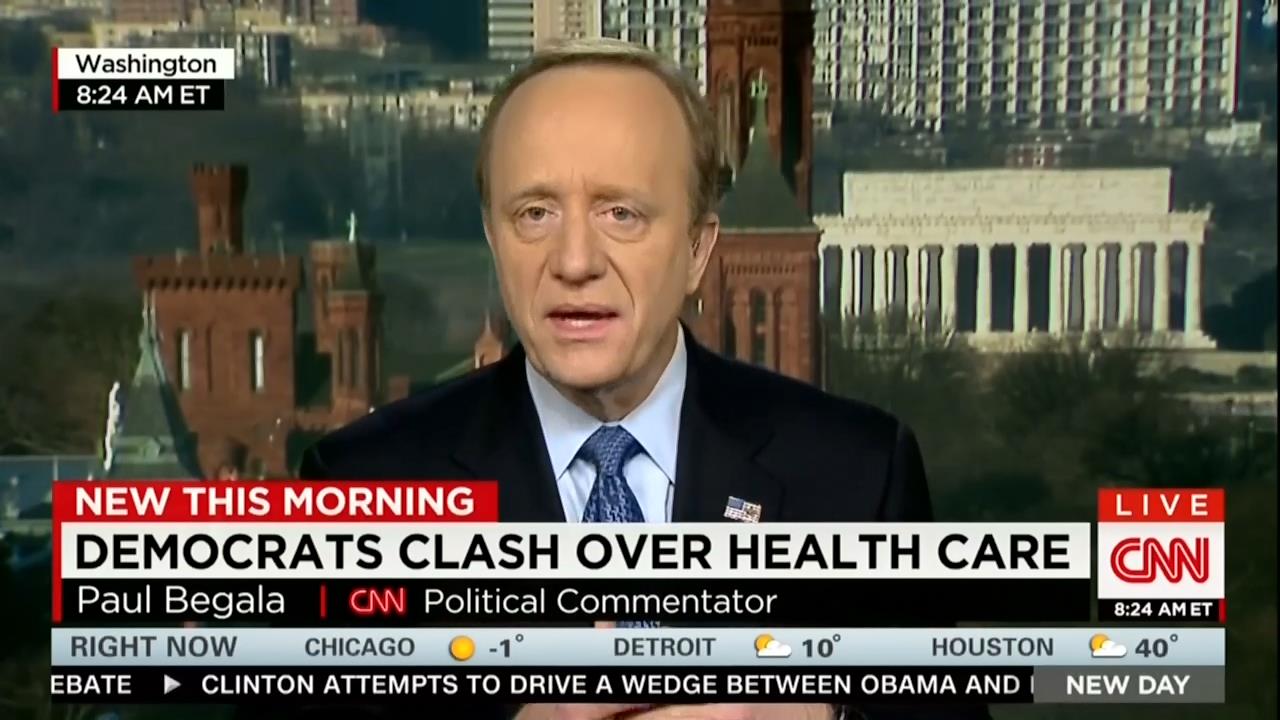 Appearing as a guest on Monday's New Day on CNN to discuss Sunday night's Democratic presidential debate, liberal CNN political commentator Paul Begala asserted that, in contrast to the Democratic debate, that the last GOP debate had been "hateful" in its battle between Ted Cruz and Donald Trump.

He went on to claim that Republicans argue about "who's going to be more extreme," adding, "if a woman is a victim of rape, who's going to put her in prison if she decides not to carry her rapist's baby?" and "Who can beat up on gay Americans even more?"

That exchange on health care was fascinating, both on the health care issue and also on the larger argument that Hillary Clinton was making in this debate -- pragmatism in some ways over purity. Is that an attractive sell, do you think, to Iowa voters?

Well, that is the contest in every political movement actually, is the pragmatists and the idealists, And, in a perfect world, you know, you have a Martin Luther King on Martin Luther King Day who was both a practical leader of a movement and an idealist. But you usually have to sort these things through, and I think that was a great debate. I thought they were playing nice. They were talking about issues. They were talking about how to get health care to more people in America.

He then took aim at Republicans as he continued:

That's a far cry from the Republican debate where they were neither practical nor idealistic. They just seemed to be hateful. They just like, "I hate your mother." Literally Ted Cruz attacked Donald Trump's mother in the last debate because she was born in Scotland. Like, give me a break. It's a totally different debate on my side of the aisle.

A few minutes later, he further vilified Republicans as he added:

When Republicans are arguing, it's not about how to provide more health care to more working and poor Americans. It is about who's going to be more extreme. For example, if a woman is a victim of rape, who's going to put her in prison if she decides not to carry her rapist's baby?

This is the kind of debate you're going to see on the Republican side, especially going into Iowa, where Christian evangelical voters are so critical. I think they're going to go crazy on these social issues. Who can beat up on gay Americans even more? That kind of really divisive rhetoric, I think, is going to really bubble up in the last days for the Republicans.