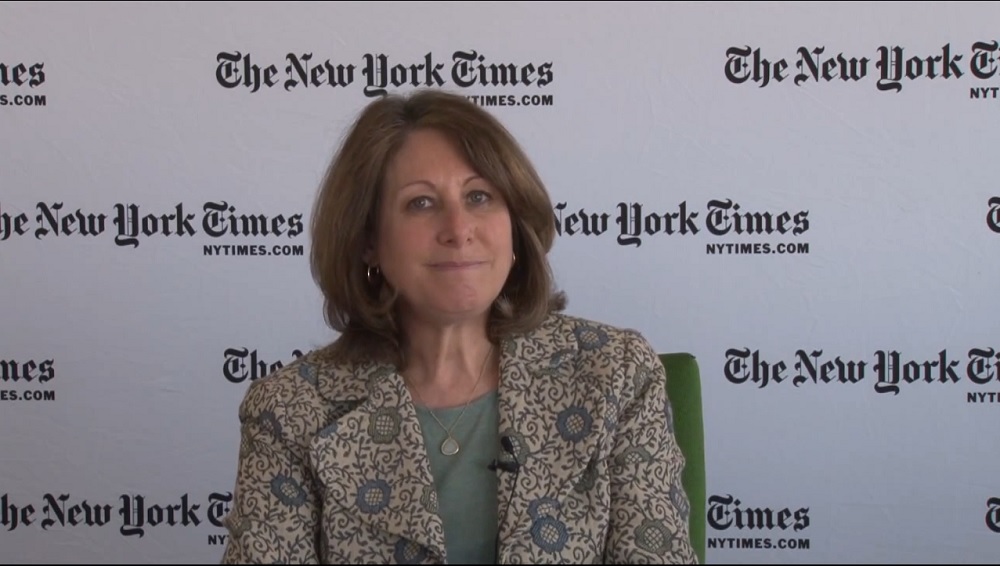 [Update, Friday, 5:40 pm Eastern: It should be pointed out that Philip Pullella of Reuters filed a more balanced article on Thursday about the final report from the Vatican.]

Laurie Goodstein spotlighted that "the Vatican abruptly ended its takeover of the main leadership group of American nuns" in a Thursday article for the New York Times. Goodstein played up that the final report of the supposed "takeover" was a "far cry from three years ago, when the Vatican's doctrinal office...issued a report finding that the [nuns] had 'serious doctrinal problems.' It said the sisters were questioning church doctrine on homosexuality and the male-only priesthood, and promoting 'radical feminist themes incompatible with the Catholic faith.'"

Nicole Winfield and Rachel Zoll of the Associated Press also touted that "the Vatican has unexpectedly ended its controversial overhaul of the main umbrella group of U.S. nuns," and contended that "the crackdown resulted in a remarkable outpouring of popular support for their work and fuelled allegations of the church's heavy-handed, misogynistic treatment of women."

Goodstein led with her "takeover" term about the Catholic Church's "sweeping investigation of American women's religious orders" – specifically, the 80 percent of orders that are part of the Leadership Conference of Women Religious (LCWR) coalition. She continued that the "matter has now been brought to an early conclusion by Francis, who has never spoken directly about it in public but has often talked of the important role of women in the church and the nuns and priests in religious orders."

The New York Times correspondent added her "far cry" line two paragraphs later. She also disclosed that "the report issued on Thursday said that the nuns' group would take care in selecting the speakers and programs at its conferences, and have 'competent theologians' review their publications. It did not specify who would select the theologians, and indeed, women's religious orders are full of trained and competent theologians."

Goodstein's slant towards the dissenting Catholic women came out in particular near the end of her article:

The sisters were essentially caught in the riptide between a progressive wing of the Catholic Church eager for change and reform and a traditionalist flank focused on returning to what it sees as doctrinal fundamentals.

Most of the nuns have spent their lives serving the sick or needy — and not engaged in battles over theology. But when some sisters began to question church prohibitions on women serving as priests, artificial birth control or the acceptance of same-sex relationships, their religious orders did not shut down such discussion or treat it as apostasy.

The sisters have said for years that they see no contradiction in embracing the Catholic faith while also being open to questioning certain church teachings based on new information or new experiences. Without taking a stand in favor of the ordination of women or the acceptance of same-sex relationships, members insisted that open discussion of church doctrine was not only their right but was also healthy for the church.

Winfield and Zoll's over-the-top "heavy-handed, misogynistic treatment of women" line appeared in earlier versions of their article, but as of later in the day on Thursday, it had been removed the version on AP's website. Other than their quote of the initial Vatican report's "radical feminist" label regarding LCWR, the two journalists never gave an ideological/theological label for the organization. However, she repeatedly used the "conservative" label to describe its critics:

...Vatican officials said the Leadership Conference had over-emphasized social justice issues when they should have also been fighting abortion, had undermined church teaching on homosexuality and the priesthood, and had promoted "radical feminist" themes in their publications and choice of speakers. The nuns' group called the allegations "flawed."...

Just last year, the head of the Vatican's doctrine office, Cardinal Gerhard Mueller, sharply rebuked the nuns' group for its "regrettable" attitude and behavior during the process. He accused the LCWR of being in "open provocation" with the Holy See and U.S. bishops because they planned to honor a theologian, Sister Elizabeth Johnson, whose work had drawn sharp criticism from the U.S. bishops....

The review of the Leadership Conference emerged from decades of tensions within the church over the modernizing reforms of the Second Vatican Council in the 1960s. Many religious sisters shed their habits and traditional roles, taking on higher-level professional work in hospitals and schools, with sisters increasingly focused on social justice issues. Theological conservatives grew concerned that the sisters were becoming too secular and too political, instead of focusing on traditional prayer life and faith. The tensions worsened as the number of American nuns dwindled from about 160,000 in 1970, to less than 50,000 today, and church leaders searched for a way to stem the losses.

Conservative-minded Catholics argued a return to tradition would help.

The investigation of the sisters' group began about seven years ago under Emeritus Pope Benedict XVI, a German theologian who spent a quarter century as the Vatican's doctrine watchdog, after complaints from conservative U.S. bishops and influential Catholics about the organization's doctrinal soundness....