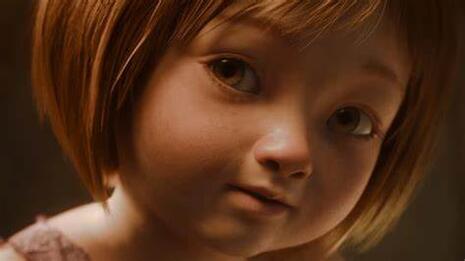 On May 14, Netflix debuted the second volume of its animated series Love, Death + Robots, and it delivered a surprise. No, it was still violent, vulgar, and delved into nudity, but one episode in the lineup gave us a shockingly pro-life message.

The third episode in the season, “Pop Squad,” takes place in an alternate future where people can live centuries longer and essentially become immortal. The only catch is women can no longer have children or they risk losing their immortality. With overpopulation now a problem, a new breed of enforcers, the “pop squad,” find, arrest, and, if necessary, kill any suspected mother or child they can find.

One grizzled veteran of the pop squad, Detective Briggs (Nolan North) follows a female suspect named Eve (Emily O’Brien) to find her and her toddler daughter. Instead of arresting her, however, he sits down and honestly asks her why she would have and keep a child given the circumstances. She answers simply, “Because I’m not so in love with myself that I just want to live forever and ever.” Such a bold answer is unheard-of in the pro-choice screeds, particularly the ones that shout “my body, my choice.”

Beyond thinking about someone other than herself, Eve continues by mentioning all the joyful things about new life and raising a child.

Eve: You feel something, don’t you?

Briggs: You’ve got to know this can’t possibly work.

Briggs lets her and her child go without an arrest and even fires against his squad partner to prevent anyone from finding them. Clearly, the words of a loving mother get to him and force him to change his nihilistic outlook. Hopefully, people who watch this short can feel that, too.

Sadly, the only way people can get these messages is when it’s sandwiched between violence and other awful things.