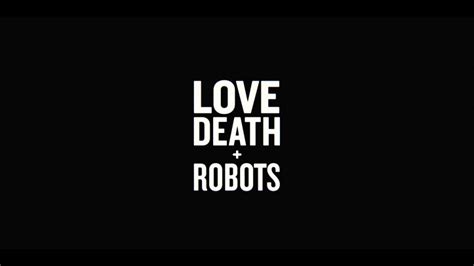 On March 15, Netflix dropped a dark new animated sci-fy anthology series called Love, Death + Robots. The episodes boast many styles and animation teams across many different countries, but the one thing they have in common is a love of outrageously inappropriate material. Everything from violence to language to sex is up-close and personal in all the wrong ways. Looks like Netflix is quickly becoming the sex hub of streaming services.

The 18-episode collection of short stories clearly exploits its MA-rating when it comes to violence. Several episodes indulge in war-like environments like “Suits,” “Sucker of Souls,” and “Shape-Shifters.” “Shape-Shifters” even features two werewolves that graphically bite, punch, and claw at each other until one finally just bites the other’s face clean off. Blood and ripped body parts are popular staples of this show, and unfortunately, it’s not just limited to mythical creatures.

If the violence is bad, the full frontal nudity is worse. That’s right, this animated series has the oddest fascination with showing its characters in the nude regardless of whether or not it matters. The episode “The Witness” features a fully nude woman through nearly half its runtime as she tries to escape a murderer. We watch a sex scene between two characters in “Beyond the Aquila Rift,” but the woman continues to walk around topless as she explains the Aquila Rift in the first place. The episode “Good Hunting” is particularly graphic when we see a gross man attempt rape against his prostitute charge and then horrifyingly refigure her as a cyborg for his sexual needs.

Within all the gore and nudity, the series is also pretty nihilistic when it comes to humanity. The episode “Three Robots” scoffs at the idea of humanity coming from an “unfathomable deity” as three robots explore a post-apocalyptic wasteland and remark on mankind’s stupidity destroying themselves. The episode “Ice Age” has two people watching an entire miniature civilization form, destroy itself, and repeat in an old refrigerator. “Fish Night” is just ten minutes of two men coming across weird imagery of colored fish before one of them is killed in his stupidity. In other words, humans are either gritty, evil, or stupid, sometimes all three.

Perhaps the worst example comes from the first episode. “Sonnie’s Edge” follows a woman who, following an attack and rape, takes up underground fighting with giant monsters. After she profanely refuses an offer to lose an upcoming fight, Sonnie proceeds in a gory takedown of her opponent featuring a copious amount of blood. After Sonnie wins, a woman flirts with her on the side and even offers herself sexually for their pleasure. They make out for a while until the woman stabs Sonnie through the skull as payback for refusing to lose the fight. The real twist arrives when Sonnie’s body is revealed to be an android with the real Sonnie being the monster the whole time. “Sonnie” proceeds to slaughter everyone.

It’s a shame that so much time and effort went into something that a sizable portion of the population shouldn’t be watching. There is clearly skill demonstrated in many of these episodes, and some of the styles could even pass for live-action work at a distance. However, it’s all bogged down by this obsession with grit, violence, and sex that was already old in the nineties. Now, it just seems like this sad attempt to appear edgy out of fear that the stories aren’t enough for people.

I hope that these animators get the opportunity to produce decent work in the future. They deserve it for their talent, and we deserve it as a species. Let’s prove that mankind is more than just blood, breasts, and the f-word.