Fox’s Empire seems to really dislike religious pro-life people. Sure, plenty of shows have introduced an abortion plot recently, but Empire is the only show to continue this plot for multiple episodes. In fact, this may be the season's worst take since it seems to revel in “denouncing the church.” 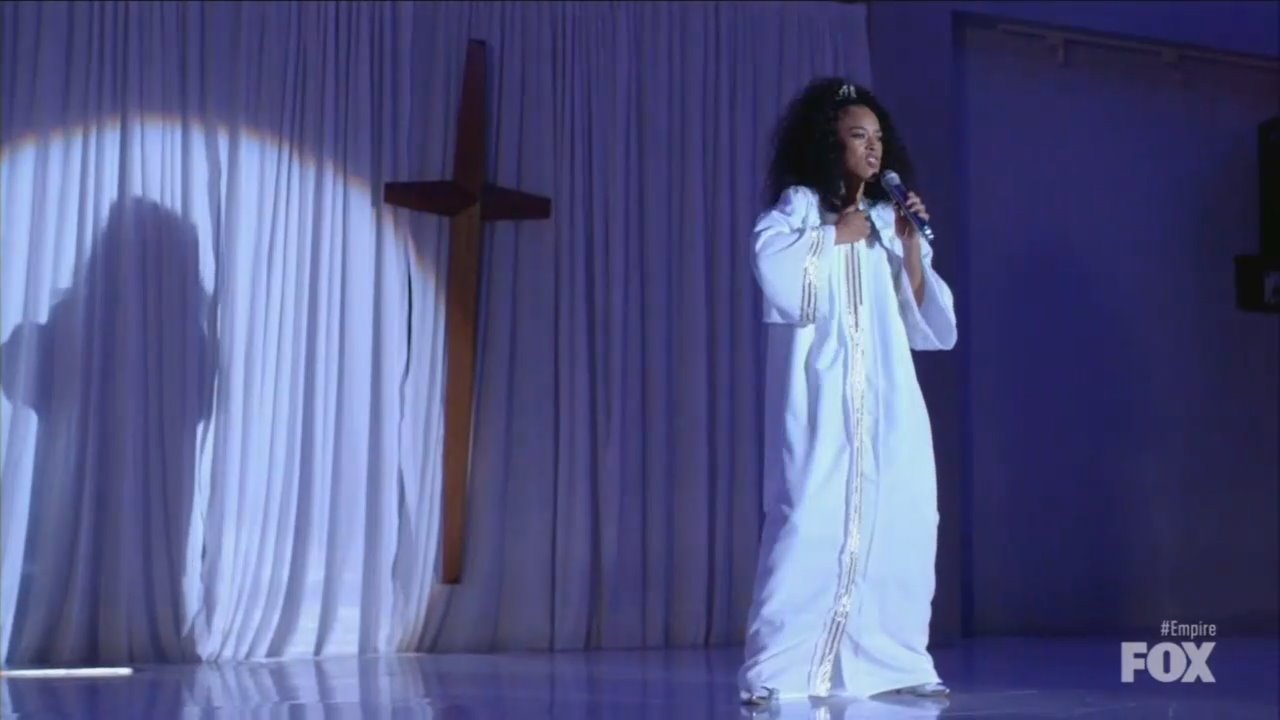 The November 12 episode “Heart of Stone” continues the fallout from Tiana (Serayah) revealing to the world that she is pro-life. Although she’s moved to a new recording company, Bossy Media, she’s still facing backlash for daring to think an unborn child has the right to life. Even one of her managers, Becky (Gabourey Sidibe), openly shows her distaste for Tiana’s beliefs, calling her “anti-choice” and comparing her scandal to R. Kelly’s rape allegations (“I'm sure R. Kelly didn't find anything wrong with his love of little girls either.”)

Fortunately for her, Bossy Media co-founder Giselle (Nicole Ari Parker) tries a different route by appealing to a Megachurch known as Tower of Hope. The congregation is run by a black female pastor who organizes a massive Hope Festival yearly and wants Tiana to headline. Considering that they support Tiana’s pro-life beliefs and have a young black market interested in her songs, Bossy Media quickly says yes to the offer.

I’m surprised Empire is willing to admit religious black conservatives even exist, but that sweet sentiment doesn’t last. Although the church supports her pro-life beliefs, the pastor encourages her to use the festival to renounce her “past mistakes” like sex out of wedlock and supporting same-sex marriage. Tiana doesn’t agree with that outlook, but Giselle and Becky tell her to stay regardless to revive her career. Suffering the religious stuff, at this point, is only a means to an end.

Tiana still performs as the headliner of the Hope Festival and even appears to dress modestly for the occasion. However, she soon removes her clothing to perform a provocative song in a skintight suit in front of a church congregation. Giselle and Becky are, at first horrified, but quickly bounce back when they find Tiana trending for “denouncing the Church and its Christian values.” They celebrate that Tiana is officially “back.”

Tiana: Oh ♪ ♪ Yeah ♪ ♪ Tell me what you mad for? ♪ ♪ Why you gotta be so particular ♪ ♪ Why you care about what I think? ♪ ♪ You might need a drink ♪ ♪ 'Cause you upset ♪ ♪ And I'm out here living my life ♪ ♪ With no regrets ♪ ♪ Reason number one ♪ ♪ I ain't trying to be told what I'm supposed to be like ♪ ♪ Two ♪ ♪ I'm gonna live the way I want ♪ ♪ 'Cause it's my life ♪ ♪ Three ♪ ♪ You can say what you want ♪ ♪ Ain't losing my focus ♪

Giselle: It all looks good.

Giselle: What is going—

Giselle: I did not plan this. Did you put her up to this?

Giselle: Did you know about this?

Becky: No, I'm just as surprised as you are. Even though I really love that she had the stones to pull it--oh, my God. Wait, so do her fans. She is trending like crazy, but in a good way.

Giselle: They think that she is "Denouncing the church and its Christian values." Does this mean that—

Tiana: ♪ 'Cause you gonna hang on every single word I say

The fact that the show displays a character singing and dancing sexually at a religious festival is already a low point. That the series seems proud that she’s denouncing said religious festival’s values makes it even worse. Empire is clearly emboldened by this being its last season, but let’s pray it doesn’t get any worse than this.