According to the new platform just released by the Women’s March, “women” only stands for “women who agree with us.” 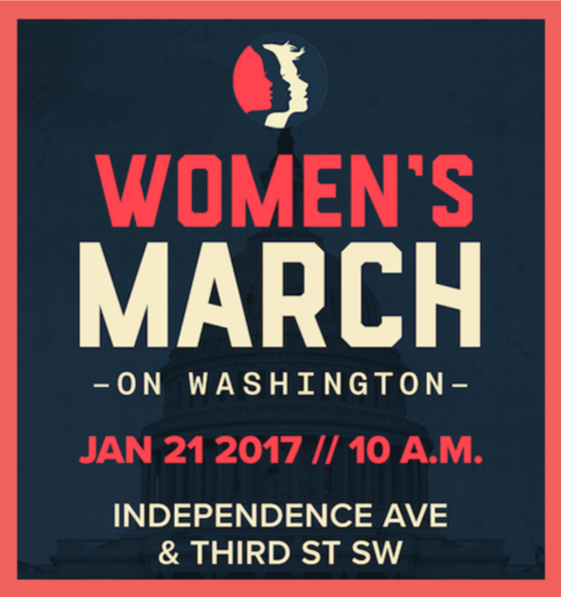 In response to the election, the Women’s March on Washington promises to bring women together the day after the inauguration to “send a bold message” that (as Hillary Clinton once said), “women’s rights are human rights.” Except, according the the march platform and its behavior towards pro-life groups like Students for Life, “women” doesn’t include all women.

According to Washington Post hype, more than 100,000 will attend. But then, from the beginning, the national media have fawned over the event, from NPR and the New York Times to even the broadcast networks.

But, until Thursday, the organizers kept any specific mission under wraps. Sure, to apply as a march partner, organizations were required to declare their “primary area of focus,” with options like “reproductive justice.” Sure, the march boasted the aid of abortion organizations Planned Parenthood and NARAL from the start. But the website also claimed, “we join in diversity” by “defending the most marginalized among us is defending all of us.”

That vagueness is no more. On Thursday, the march quietly released a “unity principles” document clarifying that “diversity” doesn’t include diversity of thought and that “defending the most marginalized” doesn’t include the unborn.

“Recognizing that women have intersecting identities and are therefore impacted by a multitude of social justice and human rights issues,” the platform document read, “we have outlined a representative vision for a government that is based on the principles of liberty and justice for all.”

As one of the many “principles,” the document listed “Reproductive Rights.” The march’s stance not only championed abortion, but also appeared to oppose the recent push to defund Planned Parenthood:

In other words, to the march organizers, “women” doesn’t include pro-life women. Or women in the womb. 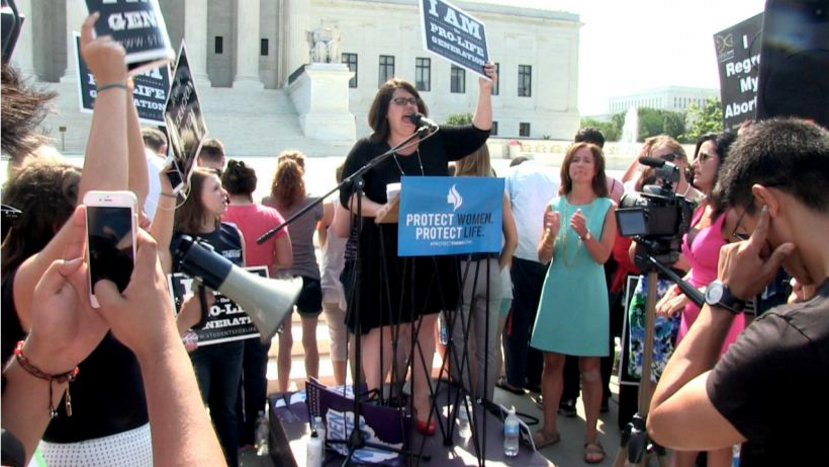 Kristan Hawkins, president of Students for Life of America (SFLA), the nation’s largest pro-life youth organization, plans to attend the march “as a voice for women who oppose abortion, the ultimate human injustice.”

“To no one’s surprise, Planned Parenthood and their allies in Hollywood have overtaken the Women’s March in Washington, DC to push their radical abortion agenda, alienating women who adamantly believe in human rights for all humans, born and preborn, women’s rights, and equality,” she stressed, and added that “they are hijacking this march, making it a rally for Planned Parenthood, whose goal is to hang onto more than 500 million dollars they get every year in tax dollars even though they are a billion-dollar nonprofit themselves and the subject of over a dozen criminal referrals by the U.S. House and Senate.”

“Telling women that they need abortion to succeed in life is the opposite of empowerment,” she continued. “It’s insulting, demeaning, and deceptive and the attendees at the Women’s March shouldn’t be fooled. They are being used as props by the abortion industry, nothing more.”

Hawkins contacted march organizers repeatedly back in December about partnering together and received neither a confirmation nor a rejection.

"They refused to acknowledge my inquiries into being a sponsor, perhaps thinking I was a college student, even though it was clear who I represented, the largest national youth pro-life organization,” Hawkins commented.

“Even though they put forth the message that they are inclusive and are demonstrating for a variety of issues, I think they deliberately leave out pro-life organizations, deeming us not the 'right people' for their message,” she added. 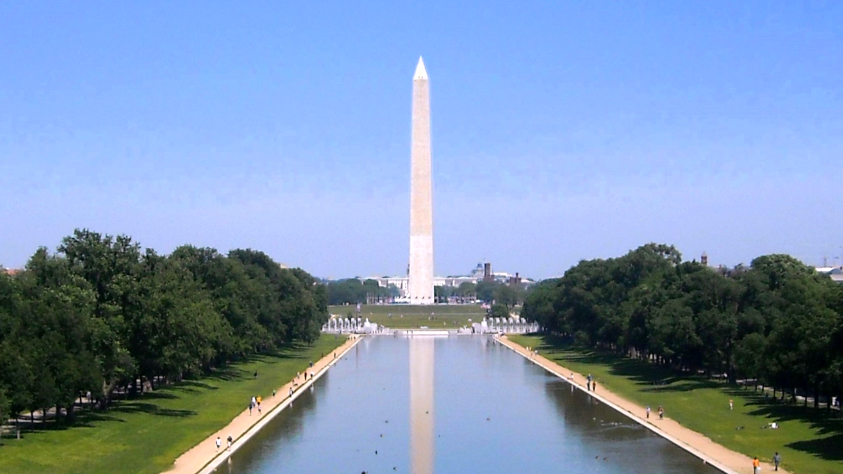 A Women’s March press representative expressed curiosity when MRC Culture contacted the march about why SFLA hadn’t been accepted as a partner. She provided the following statement:

“As you can imagine, we are receiving numerous requests from hundreds of organizations who have expressed an interest in becoming a partner for the Women’s March. If we have yet to receive a form from an organization, we encourage all organizations to start there. We are engaging with partners from diverse backgrounds and we look forward to making this a historic and successful march for all women and their families.”

In January, SFLA formally applied again, and recommended a pro-life speaker. They still have not been accepted. And, given the new “principles,” it’s unlikely the march will recognize them.

So much for representing the rights and dignity of all women.

Adding insult to injury, the Women’s March hijacked the social media hashtag of the March for Life, “#WhyWeMarch” for their event. Happening just a week later, the March for Life, the largest annual Washington, D.C. rally (poorly covered by the media, if at all), condemns abortion by celebrating human life on or around the anniversary of the Supreme Court's 1973 Roe v. Wade decision.

But Hollywood celebrities applauded the move -- especially those attending the march. In an email from the Women’s March, celebrities voiced their support and overwhelmingly stressed “reproductive rights.”

“Since the election, so many fear that their voices will go unheard,” warned Ferrera. “As artists, women, and most importantly dedicated Americans, it is critical that we stand together in solidarity for the protection, dignity and rights of our communities. Immigrant rights, worker rights, reproductive rights, LGBTQIA rights, racial justice and environmental rights are not special interests, they affect us all and should be every American's concern."

Comedian Chelsea Handler, hosting a sister march in Utah, declared, that the event “will help send a message to the incoming administration that attacks on Planned Parenthood and our fundamental human rights are unacceptable and if we have to re-fight for rights we have already fought for and won, we will do it louder and stronger, with men by our side." 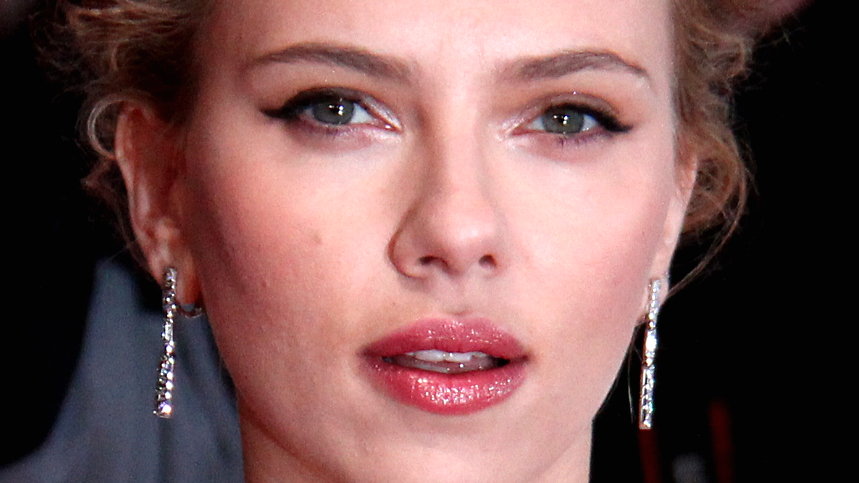 “The new administration may be very vague about specifics, but one thing has been made very clear; their intentions of reducing the availability of Women's Healthcare and attacking her reproductive rights,” said Johansson. “I am marching on Washington to let our next president know that we, men and women alike, will not stand down or be silenced and will fight to protect our bodies and our choices."

Actress Debra Messing (Will & Grace) added that “An attack on Planned Parenthood is an attack on all American women.”

Besides celebrities, the march boasts more than 150 partners, many funded by liberal billionaire George Soros. And none of which are a part of the pro-life movement.