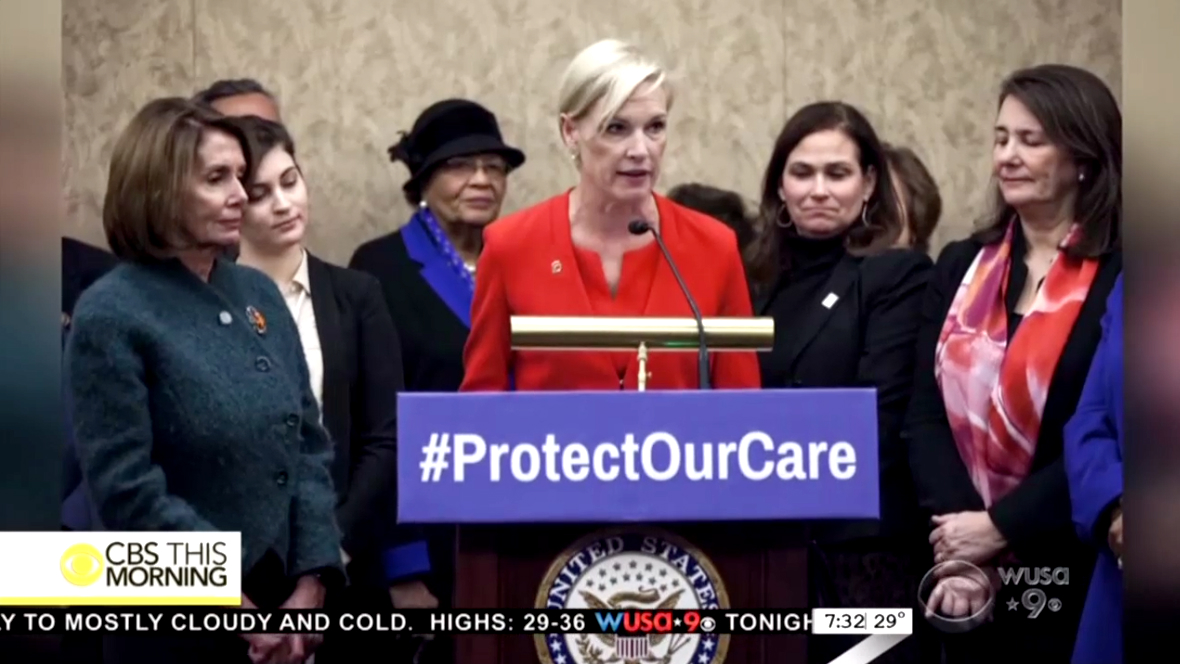 The liberal media should be recognized for what they are: Planned Parenthood’s PR agency.

On Thursday, House Speaker Paul Ryan, R-Wis., announced that an upcoming bill to repeal Obamacare would include legislation to defund Planned Parenthood. It’s worth taking a look at how During their the three broadcast networks -- ABC, CBS and NBC -- skewed the story in their Friday morning news shows.

“Speaker Paul Ryan saying yesterday that eliminating funding for Planned Parenthood is going to be part of the bill to repeal ObamaCare,” he began, before warning, “that’s going to animate a lot of those marchers who are coming to Washington the day after the nomination.”

Stephanopoulos likely meant the upcoming Women’s March on Washington, which boasts anti-Trump organizations, including Planned Parenthood, as event partners. Of course, he made no mention of the 2017 March for Life happening a week later. The largest annual Washington, D.C. rally, the March for Life condemns abortion by celebrating human life on or around the anniversary of the Supreme Court's 1973 Roe v. Wade decision.

The defunding of America’s largest abortion provider should “animate” them too. But the media rarely pay those marchers any attention.

Turning to incoming White House Press Secretary Sean Spicer, Stephanopoulos acted surprised, “Is this something that the president-elect supports?”

Spicer took the question in stride.

“I think the president-elect’s been very clear that he's a pro-life president. He’s been a pro-life candidate,” he said. “And we're going to stand up for life. And it shouldn’t be a shocker to anybody the Republican Party stands up for life, and we’re proudly so.”

Again, Stephanopoulos prompted, “So eliminating funding for Planned Parenthood inside the ObamaCare --”

A former Bill Clinton staffer, Stephanopoulos made headlines recently when his wife told the story of their daughter throwing a “pro-abortion hissy fit” after Donald Trump’s win in the 2016 election.

In comparison to ABC’s coverage, CBS was a model of even-handedness. During This Morning, co-anchor Gayle King recognized a piece from The Hill “on how Planned Parenthood would lose funding as part of its push to repeal ObamaCare.”

But King did not address the argument that government money is fungible, which means Planned Parenthood could offset costs with public funds to free up other resources for abortion.

And for NBC, Today guest host Katie Couric covered the “battle over Obamacare”:

House Speaker Paul Ryan says he expects to have legislation to repeal and replace the Affordable Care Act this year. On Thursday, he also said the GOP will also try to cut off taxpayer money from Planned Parenthood. Meanwhile, the head of Planned Parenthood says her group will fight back and says its clinics are the only source of healthcare for many people in this country.

It’s an issue Couric knows and identifies with all too well. In 2015, Couric strongly sympathized with Planned Parenthood President Cecile Richards in an interview following the undercover Center for Medical Progress videos that first sparked the call to defund Planned Parenthood.

While none of the networks addressed that the bill may reallocate the Planned Parenthood funding, pro-life groups did. In a statement, Susan B. Anthony List President Marjorie Dannenfelser condemned Planned Parenthood as “America’s largest abortion provider” with “over 300,000 abortions per year.”

In contrast, many in the liberal media, such as the Huffington Post, recently argued that many Trump voters oppose the defunding of Planned Parenthood. As proof, they cited a Politico poll taken right before the 2016 election. But the poll was a scam -- here’s the question:

If Planned Parenthood loses its government funding, it won’t be because of the media -- it will be despite the media.