Hollywood actresses always seem to make an appearance whenever there's a chance that one less baby might be aborted. 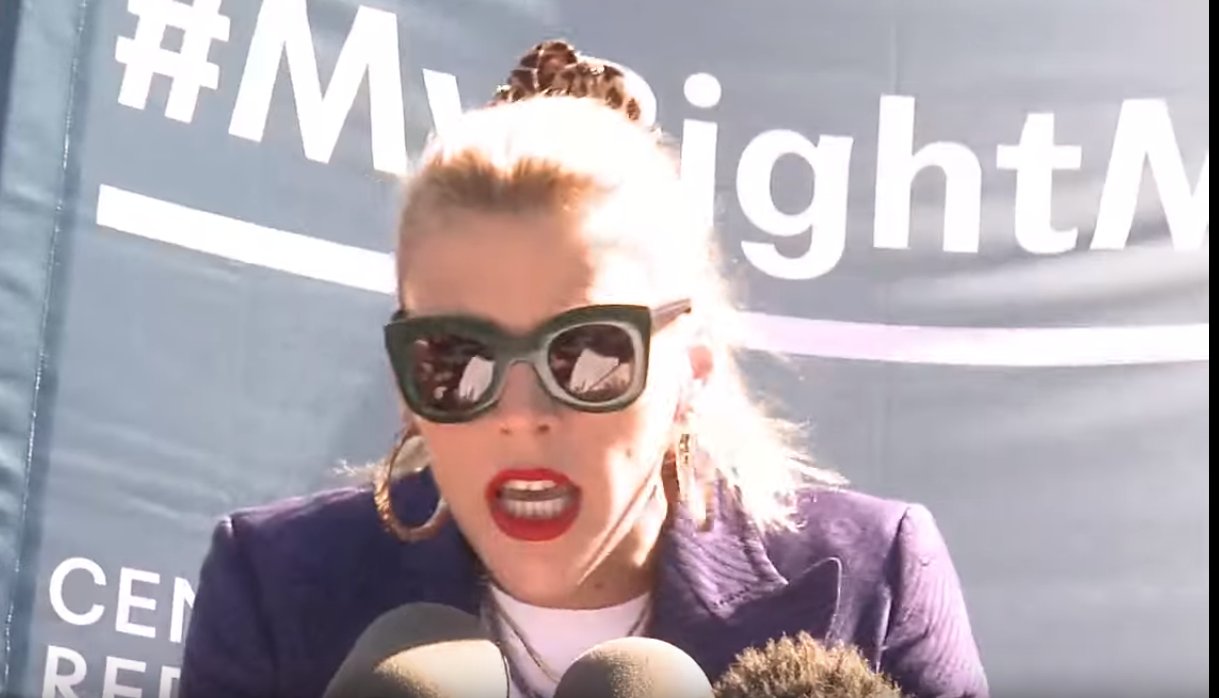 Celebrity feminists Elizabeth Banks and Busy Philipps joined Democratic lawmakers and pro-abortion demonstrators at the foot of the Supreme Court on March 4 to stand in solidarity with baby-killing as a recent legal case involving the procedure was being heard.

The demonstration, led by pro-choice non-profit the Center for Reproductive Rights, happened while the nation’s highest court was hearing “oral arguments in June Medical Services v. Russo,” which news site Mashable described as “a case that will determine the fate of abortion access in Louisiana and has the potential to undermine abortion rights across the United States.”

In a bid to stop a Louisiana law “that would ostensibly shutter all but one abortion clinic” in the state, the non-profit’s lawyers argued their case before the Supreme Court and had their public relations mouthpieces like Banks and Philipps whipping up the crowds outside.The Hollywood actresses were joined by pro-choice Dems such as Congresswomen Ayanna Pressley (D-MA) and Rashida Tlaib (D-MI) along with even Senate Minority Leader Chuck Schumer (D-NY).

Philipps, an actress from Freaks and Geeks, activist and rabid pro-abort, addressed the supporters outside the Supreme Court. Not only did she speak about the importance of all women’s choice, she also mentioned how important it was for her to get her own abortion.

Philipps revealed an abortion from her past during an episode of her E! talk show Busy Lately last spring. She felt compelled to defend abortion in the wake of Georgia Governor Brian Kemp signing the state’s “heartbeat bill,” telling viewers, “I had an abortion when I was fifteen years old, and I’m telling you this because I’m genuinely really scared for women and girls all over this country.”

Banks, the director of recent feminist flop Charlie's Angels and Chair of the Center for Reproductive Rights’ Creative Council, told the crowd that abortions are fundamental to freedom. She claimed, “Today we are taking the opportunity to present reproductive freedom, including abortion, for exactly what it is: no less than liberty itself.”

In another viral moment from the abortion rally, Sen. Schumer threatened conservative Supreme Court Justices Neil Gorsuch and Brett Kavanaugh should they vote against pro-choice cases. Schumer addressed them at the podium, saying “I want to tell you, Gorsuch. I want to tell you, Kavanaugh. You have released the whirlwind, and you will pay the price. You won’t know what hit you if you go forward with these awful decisions.”

SCOTUS Chief Justice John Roberts rebuked Schumer's comments, saying, "Justices know that criticism comes with the territory, but threatening statements of this sort from the highest levels of government are not only inappropriate, they are dangerous."